A coalition of more than 150 global human rights groups wrote to Airbnb CEO Brian Chesky, demanding that the company drop its Beijing 2022 sponsorship.

The groups noted the Chinese government’s worsening human rights abuses against Tibetans and Uyghur Muslims, according to the letter sent Tuesday. Removing its sponsorship from the Beijing 2022 Winter Olympics would signal Airbnb opposes human rights violations, the coalition added.

“In November 2019, Airbnb made a statement concerning the company’s Olympic partnership, stating it would ensure Games would be ‘accessible’ in line with Airbnb’s mission ‘where anyone can belong,’” the letter stated. (RELATED: China Says Black Americans Are Being ‘Slaughtered,’ So US Shouldn’t Comment On Uyghur Genocide)

“With over 2 million Uyghurs arbitrarily detained in internment camps, with pro-democracy activists being rounded up en masse in Hong Kong, and with Tibet now listed as the least free place in the world, alongside Syria, it is hard to imagine how this will be the case,” it continued. 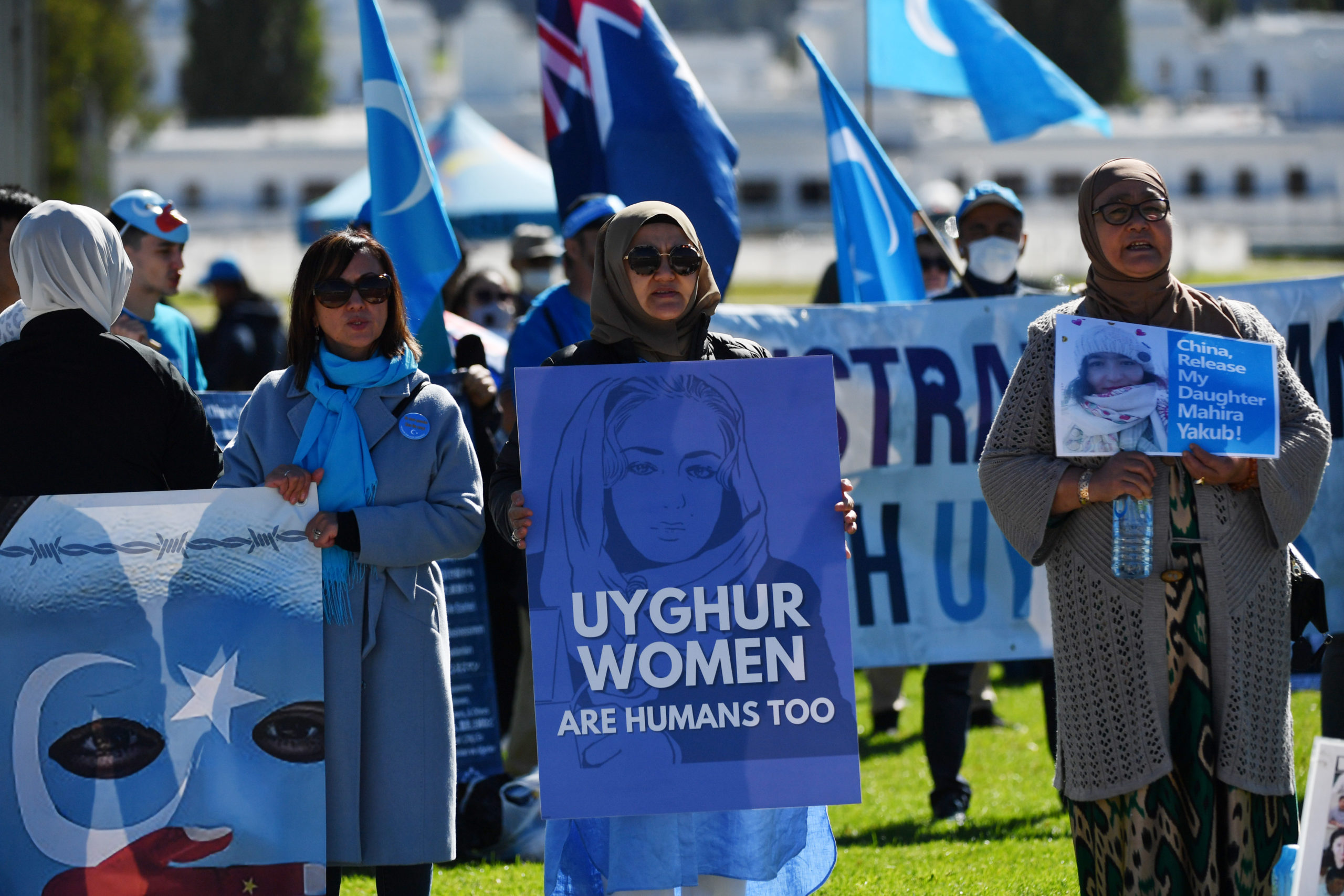 CANBERRA, AUSTRALIA – MARCH 15: Protestors attend a rally for the Uyghur community at Parliament House on March 15, 2021 in Canberra, Australia. According to a major new report by a US-based think tank, Beijing is breaching each and every provision of the UN Genocide Convention, with “intent to destroy” the Uyghurs as a group in China’s north-western Xinjiang region. The report, published by Newlines Institute for Strategy and Policy, is the first independent expert application of the 1948 Genocide Convention to the ongoing treatment of the Uyghurs in China. (Photo by Sam Mooy/Getty Images)

The coalition added that Airbnb should first use its power to push the International Olympic Committee to relocate the 2022 winter games. However, if that fails, the letter demanded Airbnb remove its financial support entirely or “risk being tainted by the association.”

Top signatories of the letter included the International Tibet Network, Students for a Free Tibet and World Uyghur Congress.

Airbnb is listed as an official “worldwide Olympic partner” on the Olympics’ website. The company is partnered for all Olympic games until 2028.

On Monday, the Treasury Department sanctioned top Chinese government officials over human rights abuses against Uyghurs in China’s Xinjiang Province. The sanctions were the latest action taken by President Joe Biden’s administration, which has been ramping up pressure on China over the abuses.

“Chinese authorities will continue to face consequences as long as atrocities occur in Xinjiang,” Director of the Office of Foreign Assets Control Andrea M. Gacki said in a statement. “Treasury is committed to promoting accountability for the Chinese government’s human rights abuses, including arbitrary detention and torture, against Uyghurs and other ethnic minorities.”