Emergency crews recovered 25 bodies from a river in Bangladesh after a ferry carrying 50 people collided with another boat and sank, numerous sources reported.

Officials estimate at least 26 people died in the crash, while several remain missing after the Sunday evening crash, according to Reuters.

The double-decker ferry was packed with people rushing to leave the city of Narayanganj after the government announced a week-long nationwide lockdown due to COVID-19, Reuters reported. 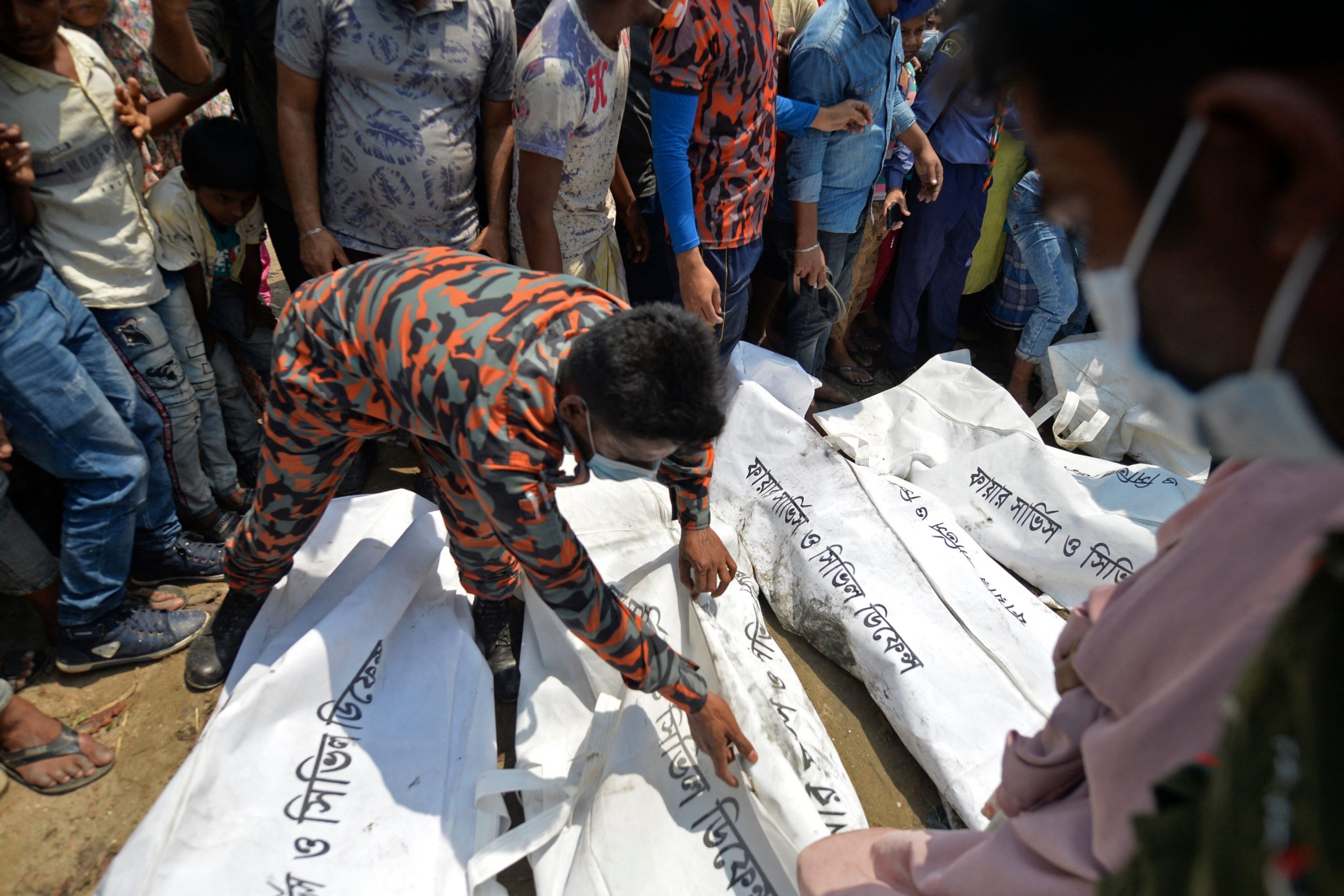 Relatives and onlookers gather around the dead bodies after recovering them from the capsized boat in Shitalakshya River, in Narayanganj on April 5, 2021. (Photo by Munir Uz zaman / AFP) (Photo by MUNIR UZ ZAMAN/AFP via Getty Images) 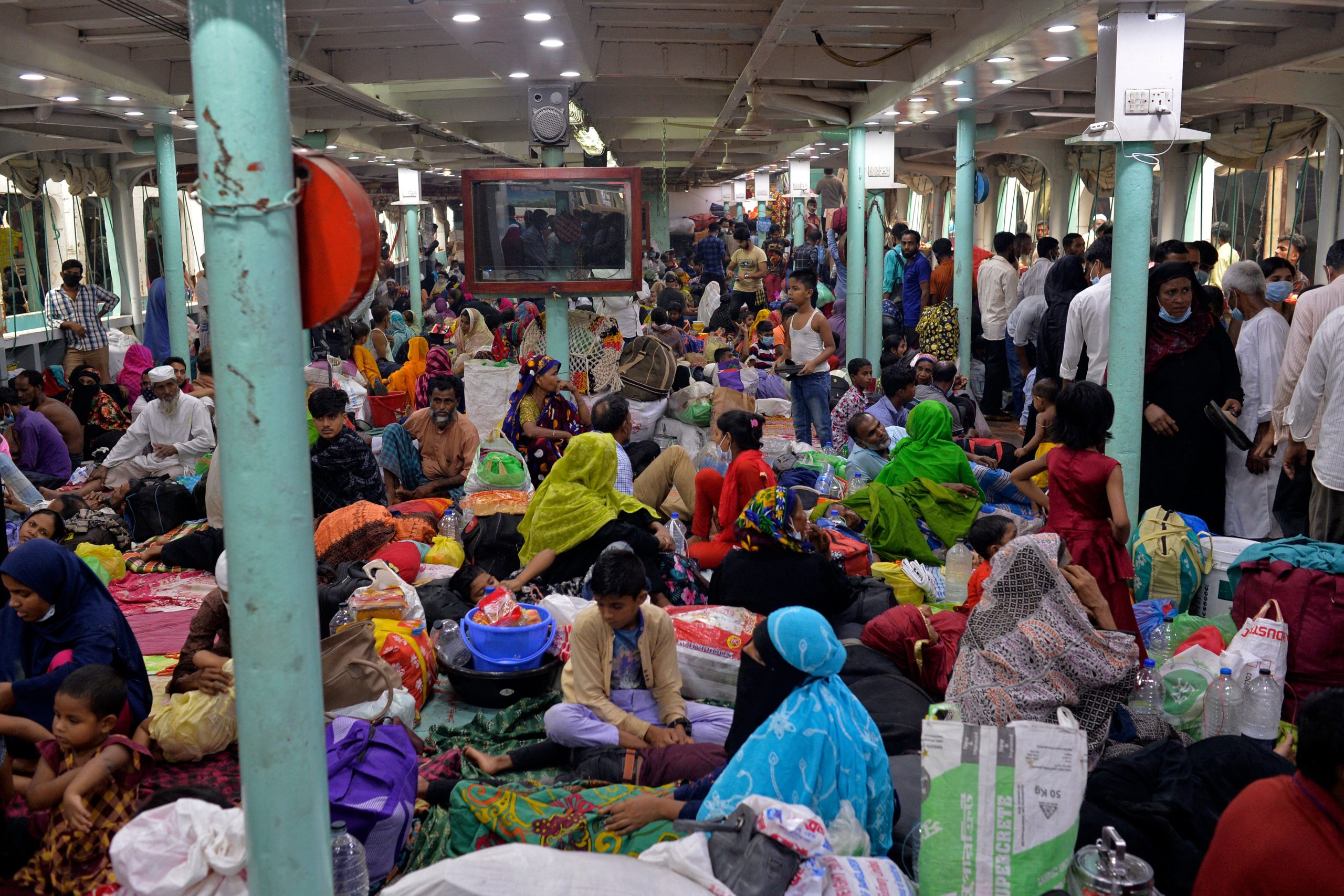 People cram on a ferry to travel back to their homes in Dhaka on April 4, 2021, as the government will impose a lockdown from April 5 as a preventive measure against the Covid-19 coronavirus. (Photo by Munir Uz zaman / AFP) (Photo by MUNIR UZ ZAMAN/AFP via Getty Images)

The ferry was traveling at around 6 p.m. local time in the Shitalakhysa River when it was struck by a cargo vessel from the rear, causing the ferry to immediately sink, Deutsche Welle reported.

Eight survivors were given first aid and three others were hospitalized, according to Deutsche Welle. 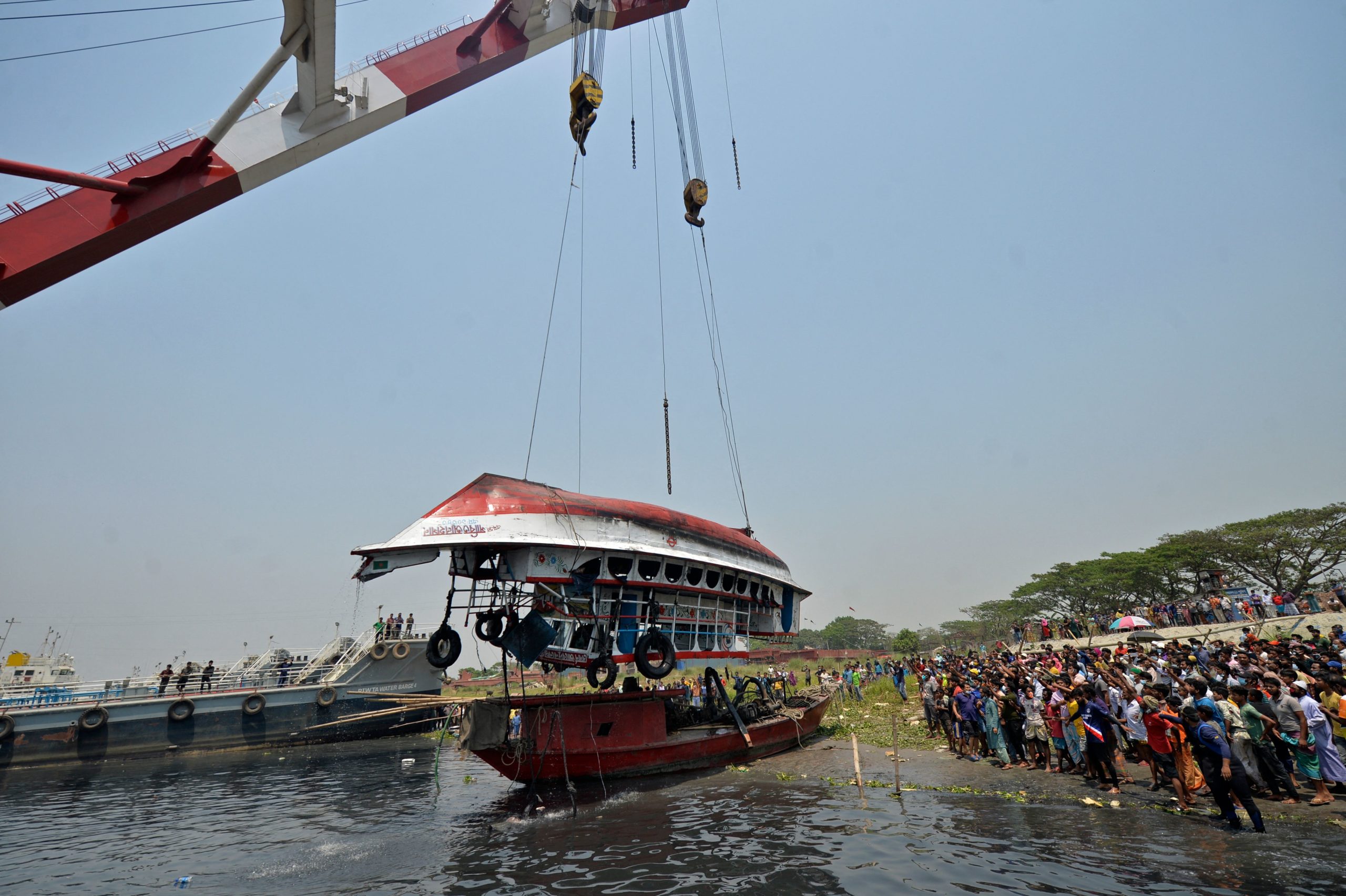 Onlookers and relatives gather after the authorities recovered the capsized boat in Shitalakshya River, in Narayanganj on April 5, 2021. (Photo by Munir Uz zaman / AFP) (Photo by MUNIR UZ ZAMAN/AFP via Getty Images)

“Most of the bodies were found inside the sunken boat after it was dragged to the bank,” said Narayanganj district administrator Mustain Billah, according to Reuters.

Officials reportedly said some of the ferry passengers swam to the shore after the crash. Families of the passengers gathered at the shore to search for survivors, Reuters reported.

“My wife went to Dhaka for my son’s treatment for eyes. They were returning on the ferry in the evening,” said Sadhan Saha, according to the AP. His wife’s body was recovered, but his two sons reportedly remained missing.

“The last time I talked to my wife before the accident, she said they were on their way back,” he added. “Now I don’t have anybody left in my family.”

Millions of people depend on ferries for transport in Bangladesh, and hundreds die every year in ferry accidents in the country, according to Reuters. Experts point to poorly maintained vessels, overcrowding and a lack of regulations as the factors driving accidents, Deutsche Welle reported. (RELATED: Train Crash In Taiwan Leaves 51 Dead)