A man allegedly set an animation studio in Kyoto, Japan, on fire Thursday, resulting in at least 33 fatalities.

The fire, which police and fire officials said was started by a liquid accelerant, also injured 36 people inside the three-story building that holds the Kyoto Animation studio, The Associated Press reported.

“There was an explosion, then I heard people shouting, some asking for help,” one witness told Tokyo Broadcasting System TV. “Black smoke was rising from windows on upper floors. There was a man struggling to crawl out of the window.” 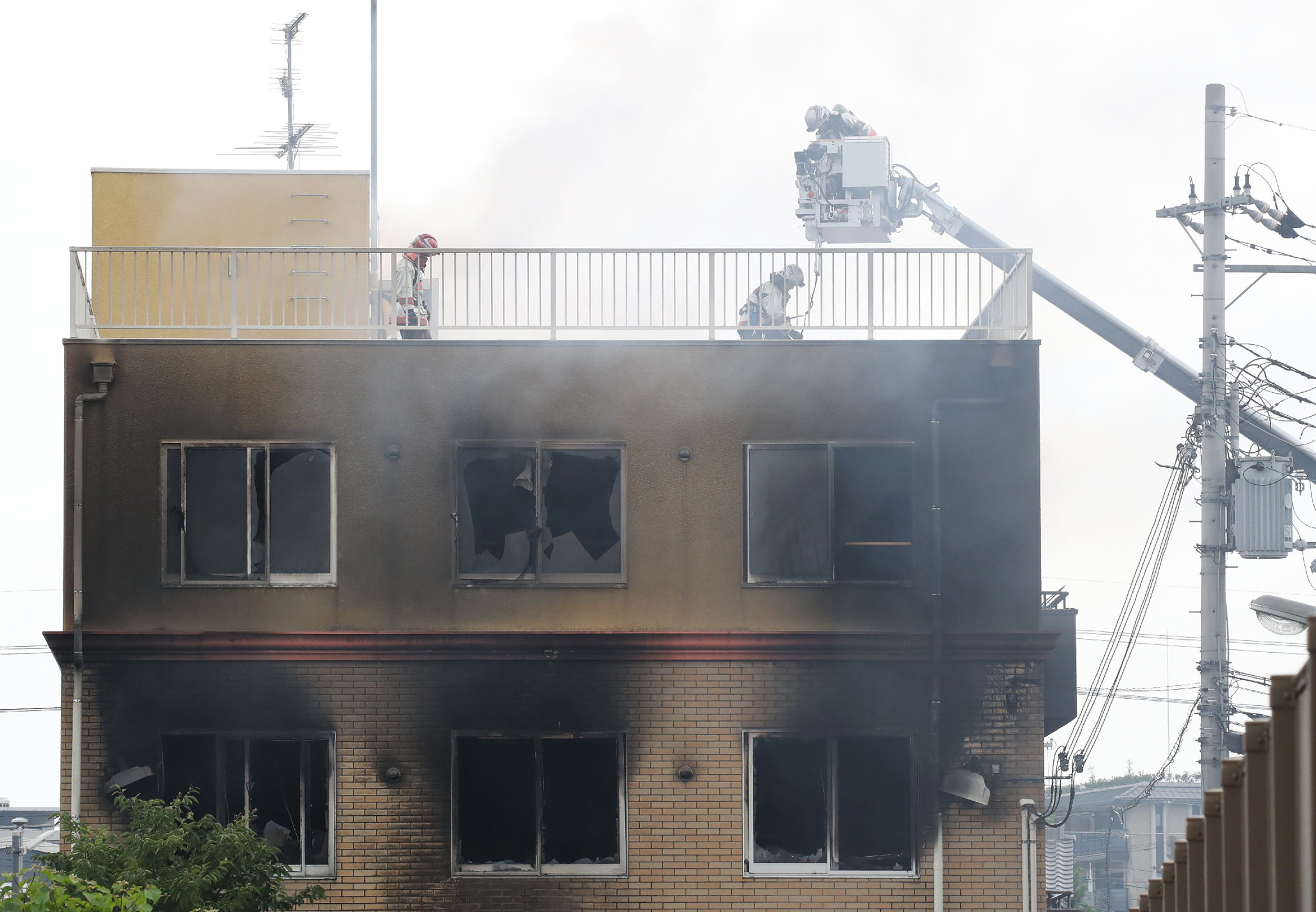 Firefighters and rescue personnel search an animation company building after a fire broke out in Kyoto on July 18, 2019. (Photo by JIJI PRESS/AFP/Getty Images)

The animation company does film and TV productions and is known for stories involving high school girls. Some of its titles are “Lucky Star,” “K-On!” and “Haruhi Suzumiya.”

A suspect was taken from the scene and identified only as a 41-year-old man not employed by the company. Police have not made any details available about his possible motive.

Victims were reportedly seen running up to the roof in an attempt to escape, while survivors emerged from the building barefoot and bleeding. Witnesses reported hearing the suspect yell “You die!” before dumping accelerant.

Fire officials said they found 33 bodies, 20 of which were found on the third floor, 11 on the second floor and two on the first, according to the AP. (RELATED: Man Lit Himself On Fire Outside Of White House)

“My heart is in extreme pain. Why on earth did such violence have to be used?” said Hideaki Hatta, president of Kyoto Animation.

The country’s worst known modern arson event occurred in 2001 when a fire in Tokyo’s Kabukicho district resulted in 44 fatalities, according to the AP.