‘A Major Breakthrough’: US, EU Suspend 17-Year-Feud Over Airbus And Boeing Aid

“Today’s announcement resolves a longstanding trade irritant in the U.S.-Europe relationship. Instead of fighting with one of our closest allies, we are finally coming together against a common threat,” Tai told reporters.

“The U.S. and E.U.’s agreement marks significant progress towards achieving a long-term solution to this 16-year dispute,” she continued. “This deal will shore up the longer-term competitiveness and innovation of a key sector – aircraft – that is one of the most important sources of middle-class jobs at home.”

The resolution, Tai explained, suspends the billions of dollars in tariffs authorized by the World Trade Organization (WTO) for the U.S.-E.U. for a total of five years. The sides agreed to the suspension and also agreed to “work together to challenge and counter China’s non-market practices in this sector,” Tai added.

The suspension does have limits and the agreement includes a provision allowing the U.S. to reactivate the tariffs if certain standards are not upheld.

“These tariffs will remain suspended so long as E.U. support for Airbus is consistent with the terms of this agreement,” Tai told reporters. “Should E.U. support cross a red line and U.S. producers are not able to compete fairly and on a level playing field, the United States retains the flexibility to reactivate the tariffs that are being suspended.” 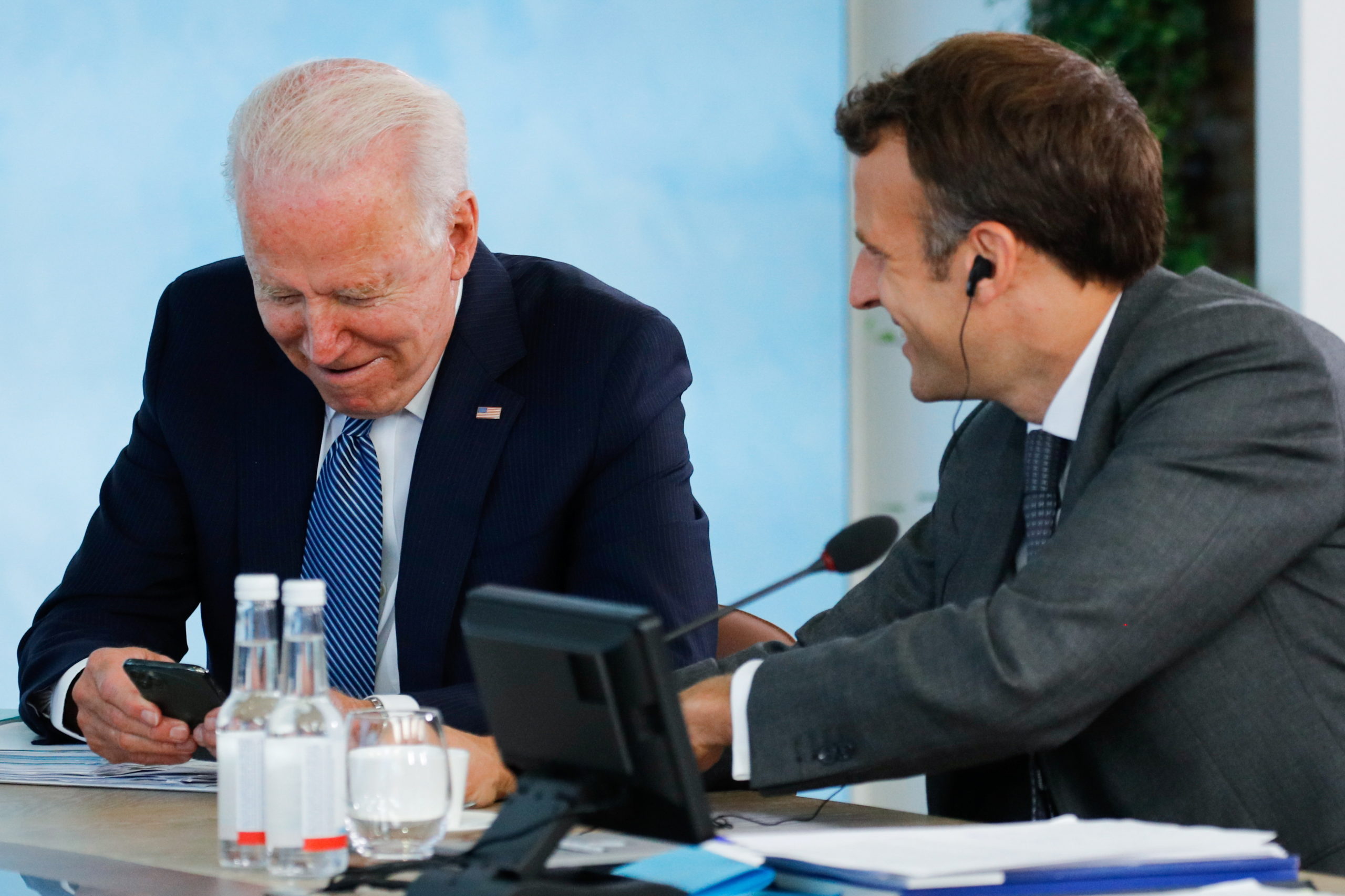 Biden called the agreement “a major breakthrough.” He reiterated much of what Tai explained in a statement Tuesday and declared the feud’s suspension – plus subsequent efforts to work together on other issues – an example of how democracies can work together.

“The U.S. and E.U. will work together in specific ways that reflect our high standards, including collaborating on inward and outbound investment and technology transfer. It’s a model we can build on for other challenges posed by China’s economic model,” Biden said.

“This week, at the G7, at NATO, in my meeting with the leaders of the European Union, and in all my bilateral meetings with world leaders, I’ve been making the case that the U.S. and Europe — and democracies everywhere — are stronger when we work together to advance our shared values like fair competition and transparency,” he added. “Today’s announcement demonstrates exactly how that can work in practice.”

While the discussions garnered the suspension of a lengthy feud, the parties are still negotiating on outstanding and current subsidies to Airbus, according to Tai. These “remain a concern for the United States,” she explained. (RELATED: Biden Asks Europe To Welcome American Leadership Against China, Russia)

This dispute goes back to the early 2000s and is focused on a 1992 U.S.–European agreement, which allowed for aircraft construction loans to be given to Airbus, The New York Times reported at the time. It has continued to brew since then and the WTO, in a 2019 ruling, declared that the E.U. illegally gave support to Airbus.

The WTO’s ruling allowed Washington to push tariffs worth billions in annual trade. Just one year later, the WTO found that the U.S. also violated trade rules regarding its support to Boeing. This allowed Brussels to retaliate with tariffs, also worth billions, The New York Times reported.

“The United States and the European Union are home to 780 million people who share democratic values and the largest economic relationship in the world,” Tai said Tuesday, calling the agreement part of Biden’s push for “a foreign policy for the middle class.”

“Together, after World War Two, the U.S. and countries in the E.U. wrote the rules of the road based on democratic values, fair competition, and transparency. The President believes that, today, we need to work once again with our like-minded allies to update these rules,” she added.