A Moroccan journalist faces jail time for allegedly obtaining an abortion and having pre-marital sex, though she says she did not obtain an abortion.

Authorities arrested journalist Hajar Raissouni and her fiancee Rifaat al-Amin, a Sudanese university professor, as they were leaving a gynecologist office Aug. 31. The arrest took place only weeks before their September wedding was scheduled to occur, according to the New York Times.

Officials charged the couple with the crimes of having sex outside of marriage and obtaining an abortion. (RELATED: This Is What Women Who Regret Their Abortions Want Other Women To Know)

Authorities also charged 68-year-old doctor Jamal Belkeziz, an anesthesiologist, and an office assistant with performing the abortion, the Times reports. 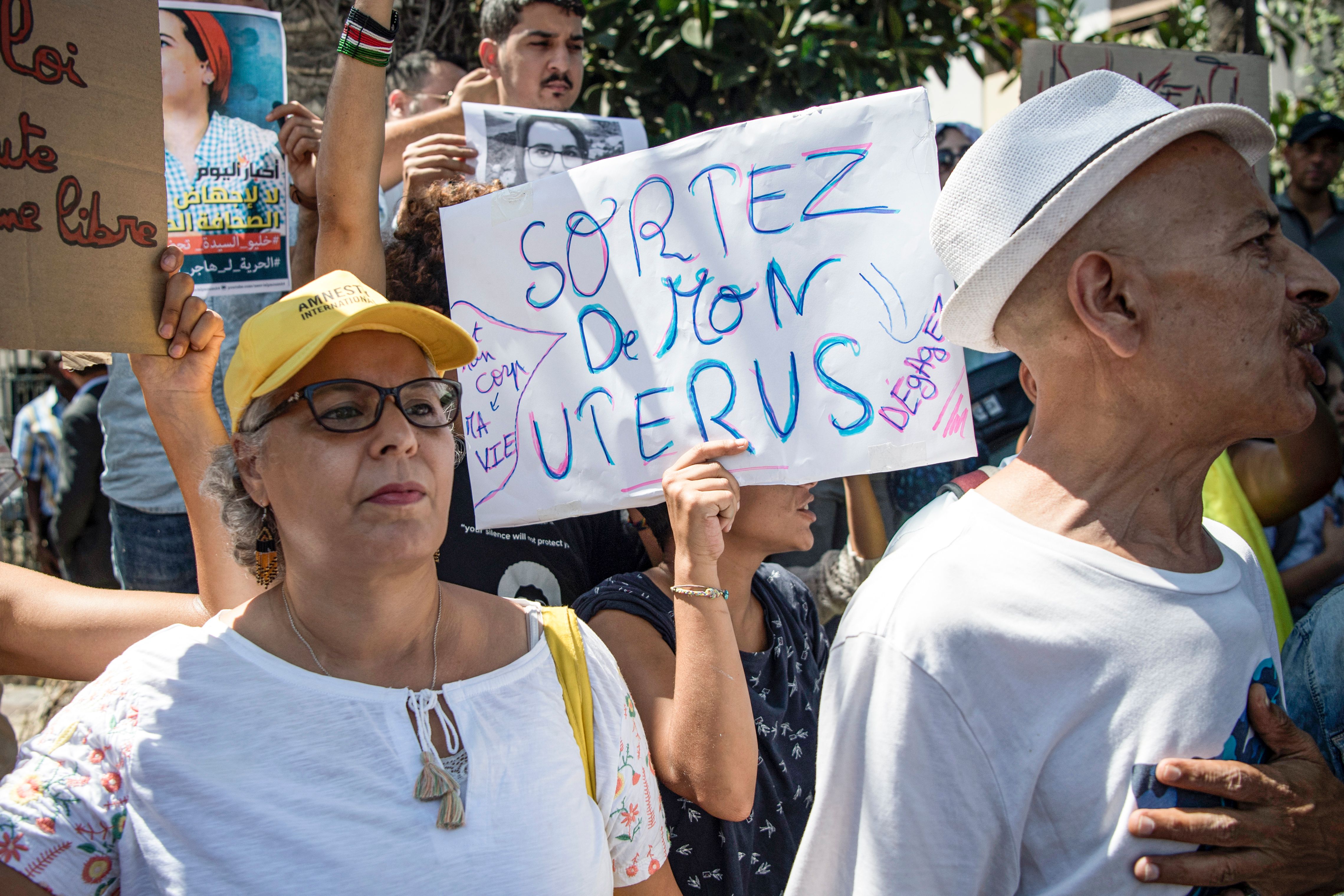 A demonstrator holds up a sign reading in French “get out of my uterus”, during a protest outside a courthouse holding the trial of Hajar Raissouni, a Moroccan journalist of the daily newspaper Akhbar El-Youm, on charges of abortion, in the capital Rabat on September 9, 2019. (Photo by FADEL SENNA / AFP)

“I don’t have hope, and neither does she,” said Raissouni’s uncle, who is also the editor of Akhbar al-Yaoum, the publication where she is employed. “One of her lawyers told her to prepare herself to spend at least one year in prison.”

Raissouni’s legal team said their client was examined by doctors without her consent, that the charges are trumped-up, and that letters containing medical evidence of abortion have been fabricated, according to the Times.

Their trial resumes Monday, following an initial hearing at a Rabat courthouse where dozens of protestors gathered to protest for Raissouni’s release. 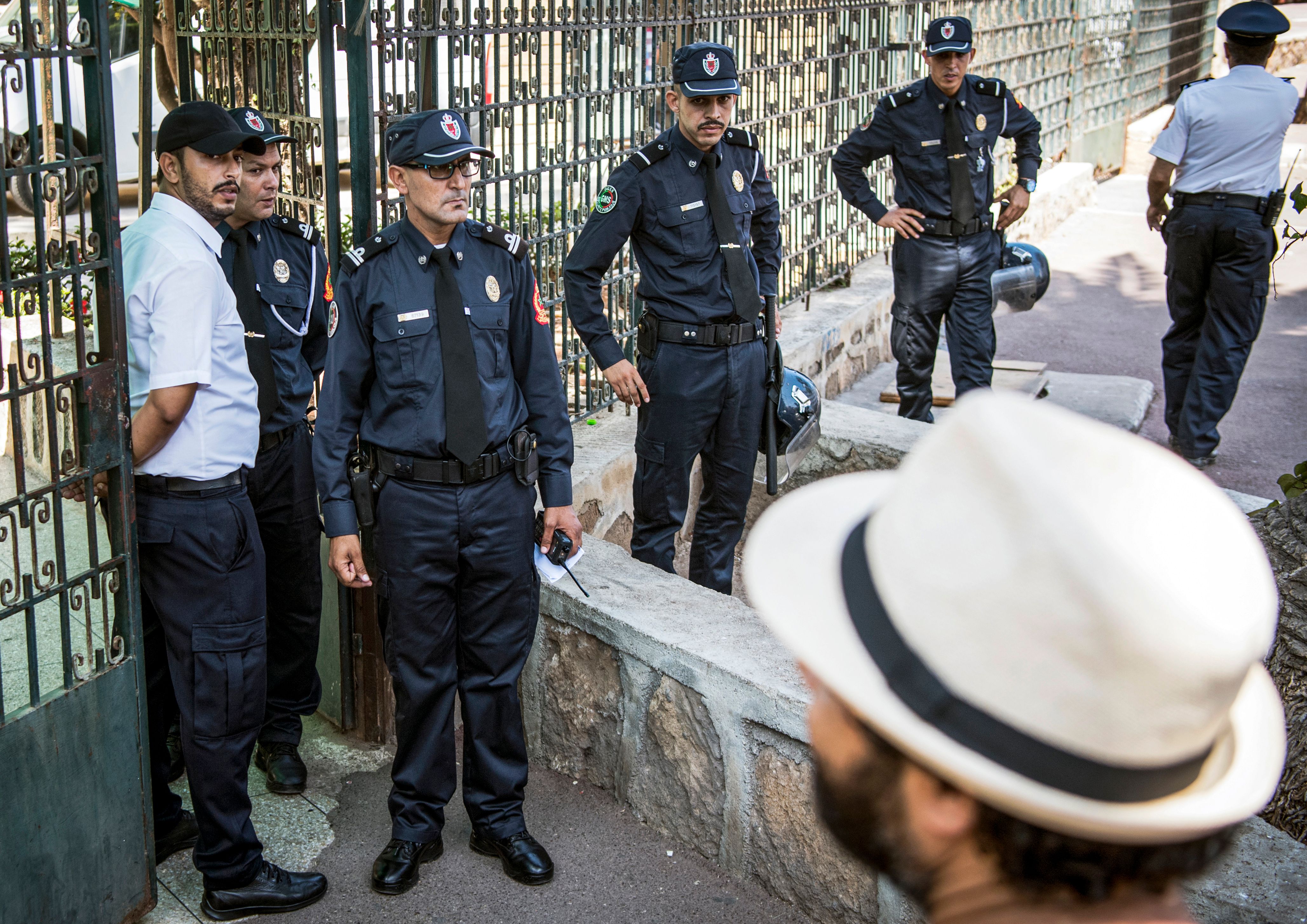 Moroccan security forces stand guard outside a courthouse holding the trial of Hajar Raissouni, a journalist of the daily newspaper Akhbar El-Youm, on charges of abortion, in the capital Rabat on September 9, 2019. (Photo by FADEL SENNA / AFP)

Belkeziz’s lawyer said that Raissouni sought the doctor’s medical help for a hemorrhage, mentioning that Belkeziz once was honored by the king of Morocco.

“The doctor was performing an emergency rescue operation to remove a blood clot that caused the bleeding,” the lawyer said. “He saved her life.”

Prosecutor Abdeslam Imani said that they did not target Raissouni but had been watching the doctor’s clinic in order to ascertain whether any abortions were being performed there.

“The arrest of the journalist Hajar Raissouni has no connection whatsoever to her profession,” Imani said, according to the Times. “It happened by chance when she was in a medical office that was under surveillance.”