Advocates of children who are suffering abuse at home are urging neighbors, teachers, and friends to be vigilant during stay-at-home orders because most children who are being abused are now quarantined with their abuser.

The task of keeping an eye on children who are abuse victims is challenging due to the restrictions of movement imposed on most of the country. The Rape, Abuse and Incest National Network, a nonprofit anti-sexual assault organization, has reported a 10% increase in the number of minors contacting their online hotline in the first three weeks of March.

Of those minors that reported abuse and concerns related to coronavirus shutdowns, 67% were related to their perpetrator, and 79% were quarantined with their abuser, Camille Cooper, RAINN’s vice president of public policy told the Daily Caller.

She says that while that trend of minors reporting abuse online in March appears to continue into April, the organization doesn’t have numbers yet.

“Once the country put shelter-in-place orders in various states we began watching that traffic on the online hotline because we knew that children were going to be very vulnerable now because they were going to be quarantined with their abuser,” she said.

The increase in reporting of child sexual abuse could be due to the unprecedented circumstances: children spending days exclusively inside with their abusers because their schools are shut down, leaving them with little recourse. It could also be due to more children becoming aware that the hotline exists. 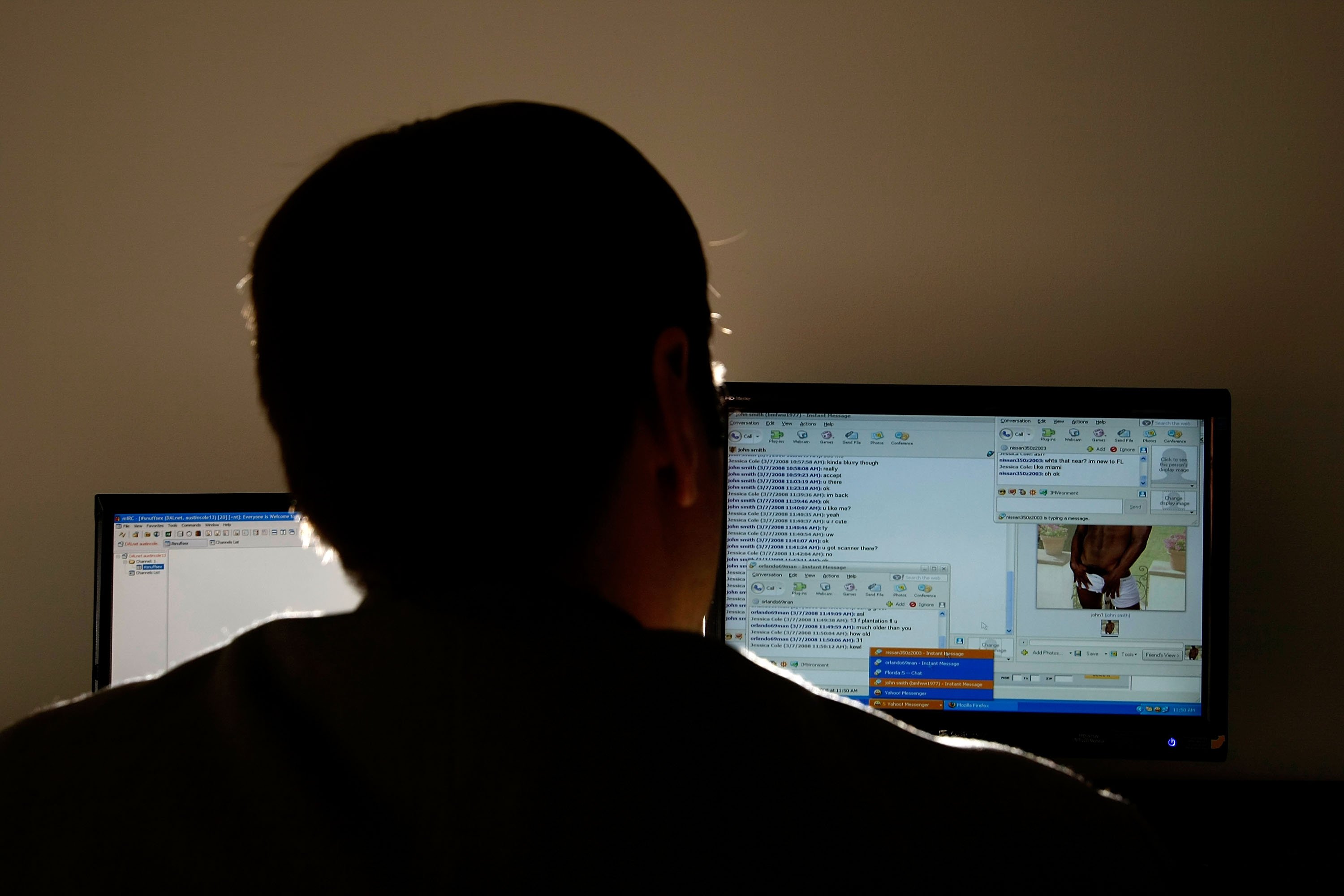 Lt. Mike Baute from Florida’s Child Predator CyberCrime Unit talks with a man on instant messenger during the unveiling of a new CyberCrimes office. (Photo by Joe Raedle/Getty Images)

“Phone calls and chats are very different from our perspective,” Cooper explains. “Minors are using the online hotline, as you’d expect, because they’re a generation that likes to use text as opposed to the phone.”

School closures have disrupted the lives of 30 million children across the U.S. as of March 16, according to the Wall Street Journal. Children experiencing abuse at home no longer have physical access to their teachers, coaches, or pediatricians, many of which are mandated reporters, meaning they are legally required to report suspicion of child abuse or neglect to authorities.

Nearly 700,000 children are abused in the U.S. annually, and neglect is the most common form of maltreatment. About four out of five abusers are the victims’ parents, according to the National Children’s Alliance.

Victor Vieth, a former prosecutor and the director of education and research at Zero Abuse Project, tells the Caller that even before the pandemic, many cases of child abuse didn’t appear on the radars of many teachers because they didn’t receive education on identifying abuse.

“Social distancing adds additional layers of difficulty,” he said. “A teacher may no longer be able to see some parts of the child’s body, such as the child’s legs which they might see at school and which might have markings suspicious of abuse.”

A teacher also may have noticed child neglect in person, but some indications of neglect are impossible to notice when classes are entirely conducted remotely. (RELATED: Some Violent Crime Is On The Rise As Coronavirus Engulfs America)

“A teacher may notice if a child’s parent is not packing a lunch or is failing to attend to a child’s medical needs. A teacher in the same presence of a child may notice a child’s odor or other indicator a child is not being cared for, but a Zoom classroom setting won’t reveal concerning smells,” he adds.

The severity and frequency of abuse has also worsened, Cooper said, judging off of reports of abuse made through their online portal.

“For some minors, it could’ve been that the abuse was happening every other weekend, but now that they’re quarantined with the abuser, those kids are describing an increased frequency in what they’re experiencing.”

“So what we’re hearing is that it’s everyday. They’re stuck at home, and their abuser may no longer be employed, so they’re suffering everyday.”

Most perpetrators of abuse are parents or other caregivers, Vieth says. Added stressors, such as a lost job, may exacerbate abuse, causing the abuser to lash out at children. 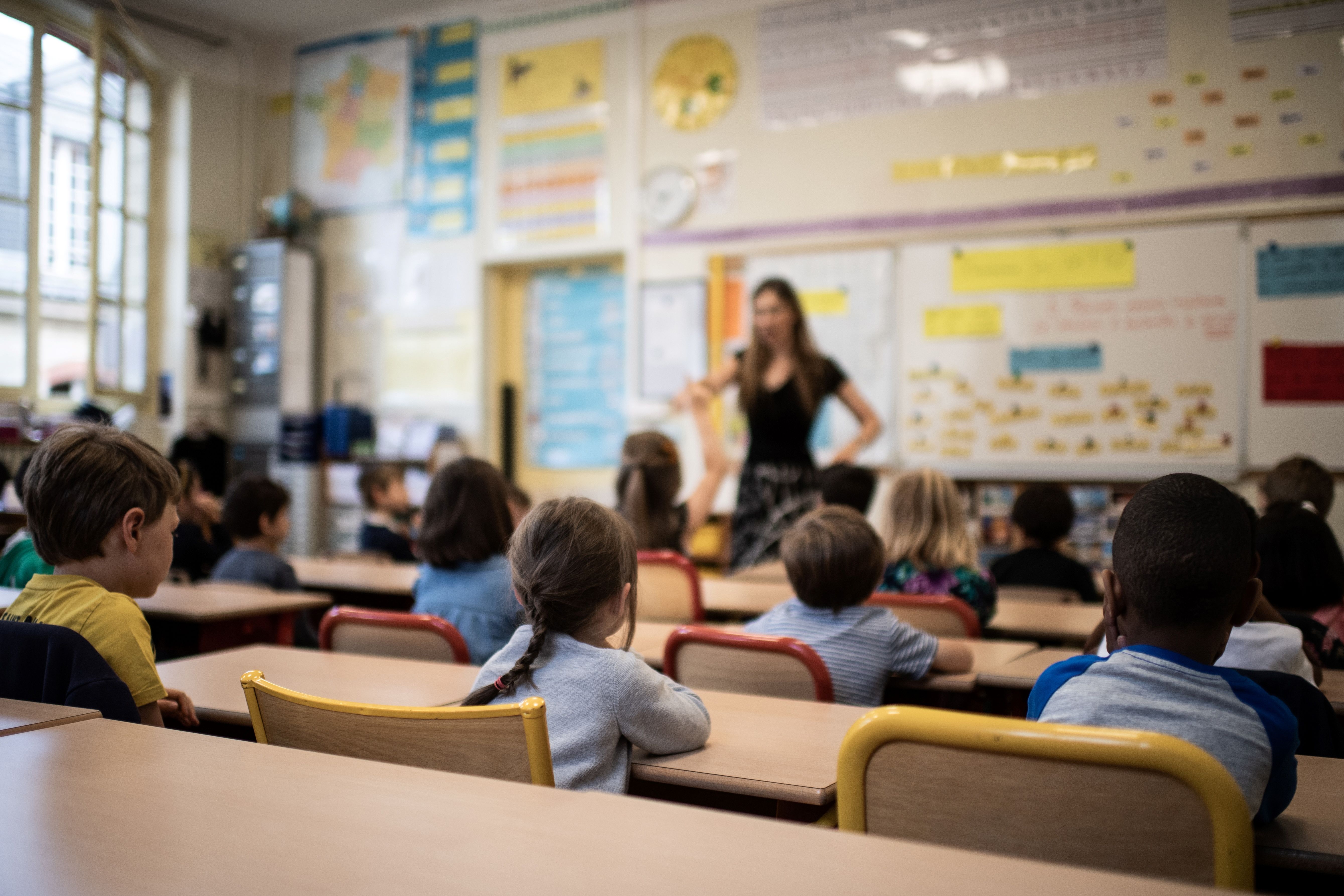 Children listen to their teacher as they sit in a classroom on the first day of the start of the school year. (MARTIN BUREAU/AFP via Getty Images)

“This added stress can serve as a trigger for physical abuse or emotional abuse.”

He also adds that due to the pandemic, many law enforcement agencies may have scaled their child abuse investigation units back. This only compounds the lack of resources children currently have, placing the onus of watching out for child abuse on everyone within a child’s virtual proximity — teachers and friends — but also neighbors.

Neighbors should check in with one another, especially if they have knowledge that someone in their neighborhood has lost a job or is a single parent who may need additional support.

“All of us are on the frontlines in protecting children from abuse,” Vieth says. “If you hear screaming or other indicators of potential violence, err on the side of safety by calling the authorities.” 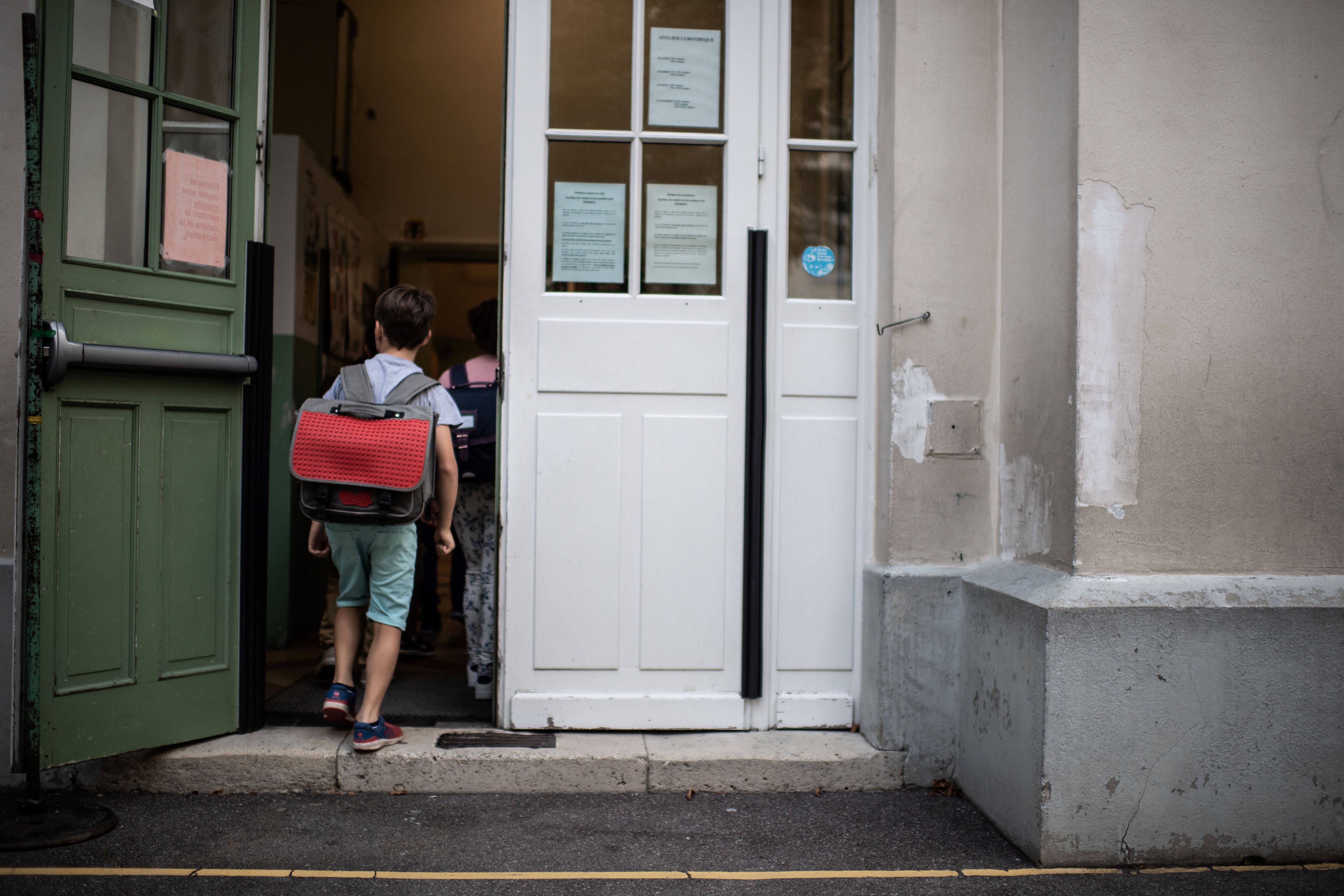 A boy enters in his classroom on the first day of the start of the school year, at the Chaptal elementary school in Paris. (MARTIN BUREAU/AFP via Getty Images)

“A lot of time you’ll have neighbors on the street and they kind of know that something is not right with a kid. They’re not sure if they should report or not,” Cooper explains. “We ask that those people who do have access to children pay extra close attention because children are not exposed to their support system like they were pre-Covid.”

For children who are in abusive situations and want to report their abuse, Cooper invites them to go to the hotline website. If they have concerns, they can check for the signs of abuse listed on the website. If they want to report, it’s anonymous and confidential, and if the child wants staff to connect them to police, a staff member will stay actively in touch until police arrive.

“It’s important for children to know that our hotline staff will stay with them. Six minutes can seem like forever when you’re locked in your room and you’re trying to report.”