The Afghan government has begun recruiting militias to resist the Taliban takeover of districts as the U.S. withdraws troops from the country, the Associated Press reported Friday.

The Taliban have taken over several districts in northern Afghanistan where they outnumber the government troops defending the town by around 200 people, according to the AP. In response, the Afghan government is recruiting and arming local volunteers, though some are worried the campaign could bring back local militias who killed thousands of civilians in the 1990s.

“The fact that the government has put out the call for the militias is a clear admission of the failure of the security forces … most certainly an act of desperation,” U.S.-based Foundation for Defense of Democracies senior fellow Bill Roggio said, the AP reported.

“The Afghan military and police have abandoned numerous outposts, bases, and district centers, and it is difficult to imagine that these hastily organized militias can perform better than organized security forces,” Roggio said, according to the AP. 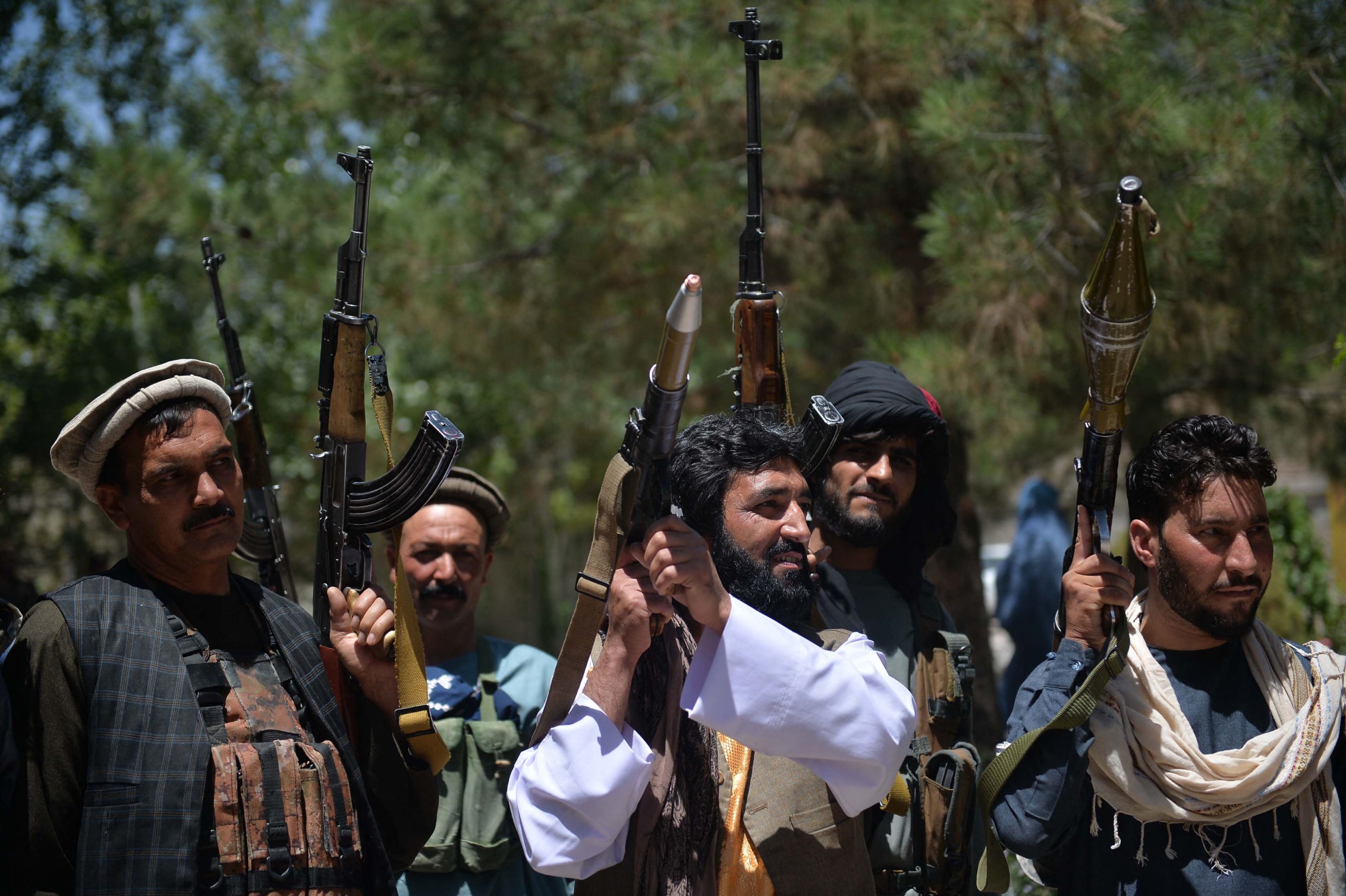 People gather with their heavy weapons to support Afghanistan security forces against the Taliban, in Guzara district, Herat province on June 23, 2021. (HOSHANG HASHIMI/AFP via Getty Images)

Some of the districts reportedly surrendered to the Taliban without a fight in a region where ethnic minority groups helped the U.S. drive out Taliban forces 20 years ago, the AP reported. The seizures have allowed the Taliban control over transportation routes and a major border crossing with Tajikstan.

Dozens of armed locals who joined one of the first government-sponsored militias chanted “death to criminals!” and “death to Taliban!” while holding automatic rifles and rocket-propelled grenade launchers near the northern border of Kabul Wednesday, according to the AP.

“We need them, we have no leadership, we have no help,” Afghan National Police officer identified only as Moman said, the AP reported. He criticized the government for overpaying Defense and Interior Ministries officials and underpaying troops. (RELATED: Taliban Tells Neighbors To Not Host US Troops Withdrawing From Afghanistan)

“I’m the one standing here for 24 hours like this with all this equipment to defend my country,” Moman said, the AP reported. “But in the ministries, officials earn thousands” of dollars. He spoke on the condition that he be identified only by his first name for fear of reprisals, according to the AP.

Taliban insurgents have seized 104 districts since May 1, meaning the group controls 165 of the country’s 471 districts, Taliban spokesman Zabihullah Mujahid told the AP Thursday. The AP was unable to verify Mujahid’s claim.

The Biden administration set a Sept. 11 deadline to have U.S. troops withdrawn from Afghanistan and is ahead of schedule, the AP reported. Additionally, U.S. and NATO officials agreed to pay $4 billion annually in support of Afghan National Security and Defense Forces.