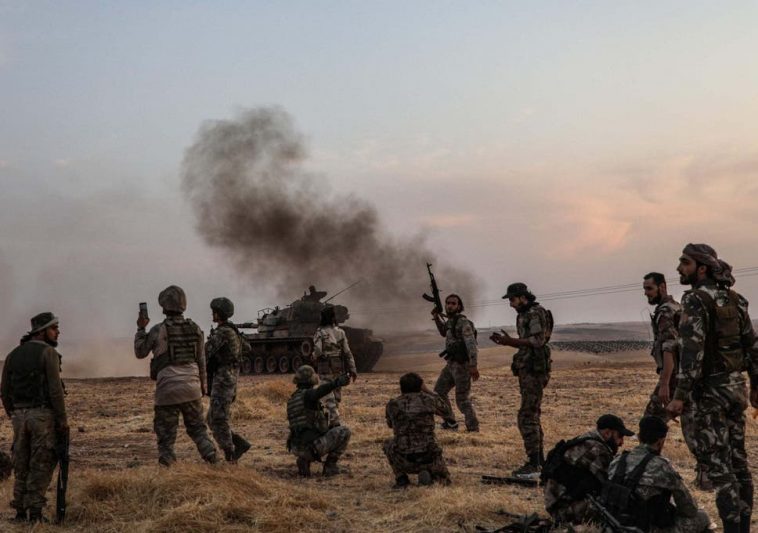 A decision recently issued by the so-called “Local Council of Ras al-Ain City”, which has Turkish affiliation, revealed the amount of support that Turkey provides to terrorist organizations and its policy of changing the demographic nature of the areas it controls, by displacing its original inhabitants and settling foreign militants from various organizations instead who are they.

The aforementioned decision stipulated a circular for the armed factions in the city who hold Iraqi nationalities, to review the so-called “Civil Affairs and Civil Affairs Directorate” of the Council, with the aim of obtaining identity cards for them.

The sources of the “Syria Documentation Center” stated that “this decision comes with the aim of organizing the presence of foreign militants and formally settling them in the houses that have been seized inside the city and its countryside as well, at a time in which the original inhabitants of the city live like refugees in the random camps spread around the city.”

The sources confirmed that before Turkey took control of the city of Ras al-Ain, there was no presence of Iraqi or foreign militants in that area, and this matter indicates that their appearance was linked to the entry of the Turkish army, that is, they came with its support, noting that most of these militants are from Turkmen who had previously joined the terrorist organization “ISIS”.

While Turkey is working to settle foreign militants in the city of “Ras al-Ain”, its original inhabitants are staying in informal camps and shelter centers, after they were displaced from their homes that were seized by force of arms within several raids that occurred during the past months by Turkey and the affiliated factions to her.