The “Amityville Horror” killer who slaughtered his family in 1974 in the New York home that inspired the book and movies has died in prison, numerous sources reported.

Ronald DeFeo, 69, died Friday at Albany Medical Center Friday while serving a sentence of 25 years to life for the murders of his parents and four siblings, the Associated Press (AP) reported Monday. It was not clear why DeFeo was hospitalized, and his cause of death has not been announced.

DeFeo was 23 when he fatally shot his parents, two sisters, and two brothers in their beds at their home on Nov. 13, 1974. DeFeo initially claimed the murders were carried out by the mob, but the next day, he confessed to being the killer, according to History.

DeFeo said during his trial he heard voices telling him to kill his family, and his attorney argued for the insanity defense. He was found guilty of six counts of second-degree murder in 1975 and sentenced to six consecutive sentences of 25 years to life in prison. (RELATED: Serial Killer Who Murdered 11 Women And Hid Corpses In Cleveland Home Dies In Prison)

He would later claim his 18-year-old sister and two accomplices were responsible for the murders, according to History.

“I loved my family very much,” DeFeo said at a 1999 parole hearing, according to the AP.

Roughly a year after the murders, the house was sold to a family who lived there for less than a month before moving out due to fears that it was haunted. Author Jay Ansen went on to publish the book “The Amityville Horror,” which became a best-seller and inspired the movie under the same name. 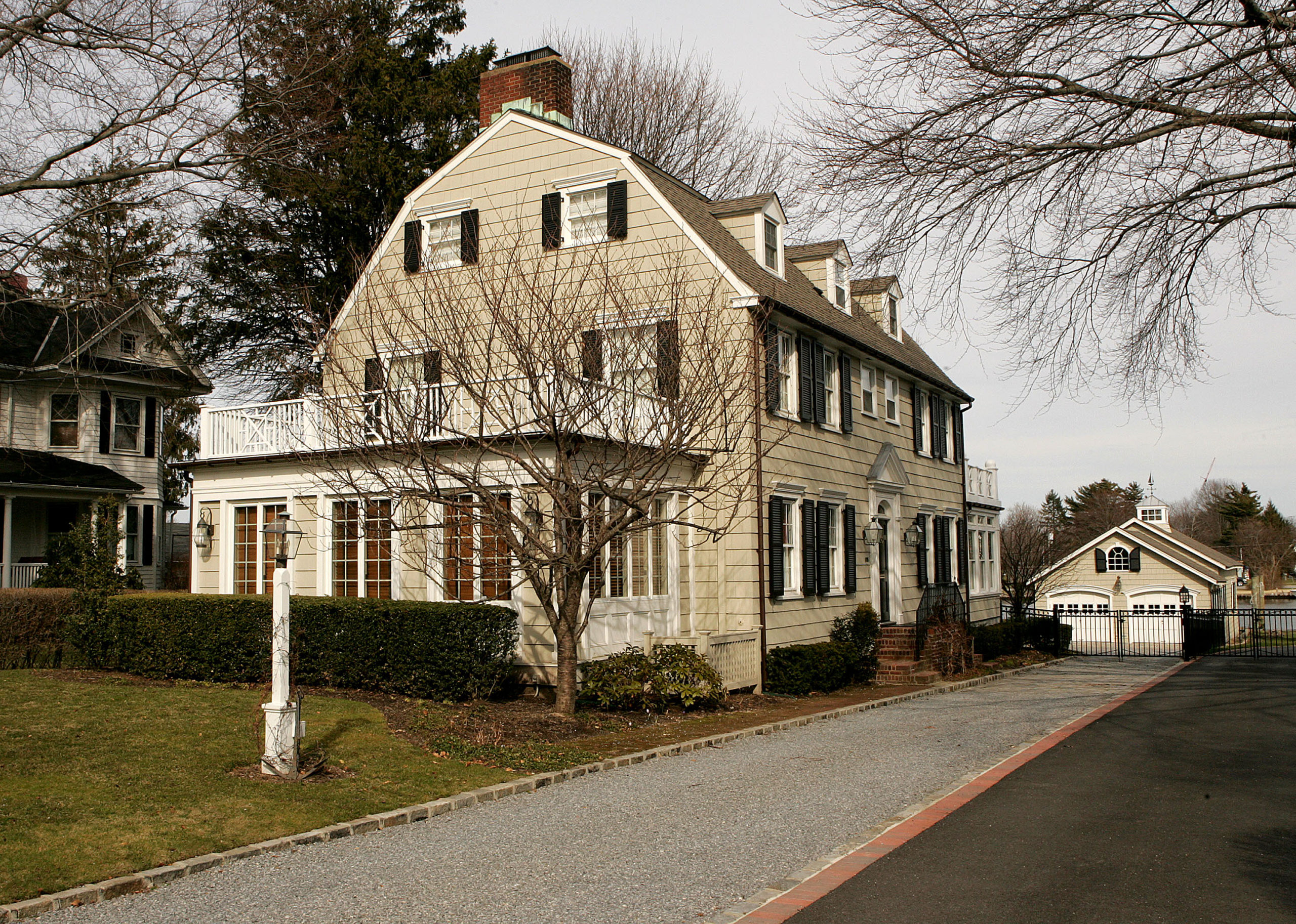 Real estate photograph of a house located at 112 Ocean Avenue in the town of Amityville, New York March 31, 2005. (Photo by Paul Hawthorne/Getty Images)