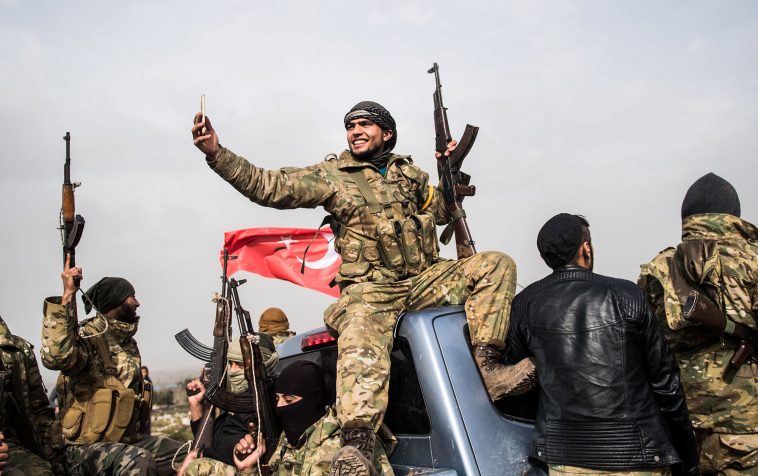 Local sources from Afrin in Aleppo northern countryside said that Turkish-backed armed groups stormed large areas of agricultural lands in the region, and stole the sumac crops in those lands during the past two days.

The sources pointed out that the militants focused on storming and stealing the lands belonging to the people who were displaced from Afrin during the Turkish operation called “Olive Branch”, in which the Turkish forces managed to occupy the area, and the stolen crops were transferred to the Turkish lands to be sold there.

The stolen sumac crops amounted to more than 600 tons transported to the city of Azaz for the benefit of one of the traders who began to transfer them successively to the Turkish lands.

As for the local farmers present in their lands, the sources pointed out that the Turkish-backed militants met with the owners of the lands and informed them that the Sumac crops should be sold to one of the traders close to them, while it was noticeable that the militants imposed on the farmers the sale of one kilo sumac for / 2500 s.p. / which is about / 45% / less than its real price of /4000 s.p/.

The gunmen also made a strongly worded threat to farmers not to sell crops except through them or for their merchants, under pain of confiscating crops and imposing major financial penalties on farmers.

The residents of Afrin, which is under the control of the Turkish-backed armed groups, are suffering very difficult humanitarian conditions as a result of the arbitrary practices carried out by the militants against them, the most recent of which happened on Saturday in terms of storming the civilians’ homes in the villages of “Jenderes” and “Sheikh Al-Hadid” by “Hamza Division” militants who stole the homes in front of their owners at gunpoint.