An archaeologist discovered an ancient small bull idol in Greece after heavy rain uncovered the artifact in what the country’s culture ministry is calling a “chance discovery,” numerous sources reported.

The figurine, which is believed to be at least 2,500 years old, was found in Olympia near the temple of Zeus and the Altis, the ancient site that inspired the modern Olympic Games, Agence France-Presse (AFP) reported Friday.

Heavy rainfall in southern Greece has led to the discovery of a bronze bull figurine believed to have been a votive offering made to the god Zeus in Ancient Olympia as early as 3,000 years ago. https://t.co/UD6QTEOKwb

Greece’s culture ministry was in Olympia for a scheduled visit when the discovery was made. “One of its horns was poking out of the ground following recent heavy rainfall,” the ministry said, according to AFP. (RELATED: Ancient Chariot Discovered In Pompeii Excavation)

The bronze figure had burn marks on it, suggesting to experts it may have been an offering to the Greek god Zeus, according to AFP. The ministry sent the artifact to a laboratory for examination, which dated it to the Geometric period in 1050-700 BC, AFP reported.

Bulls and horses played an important role in the lives of ancient Greeks and were often dedicated as votives to the gods, according to Reuters. 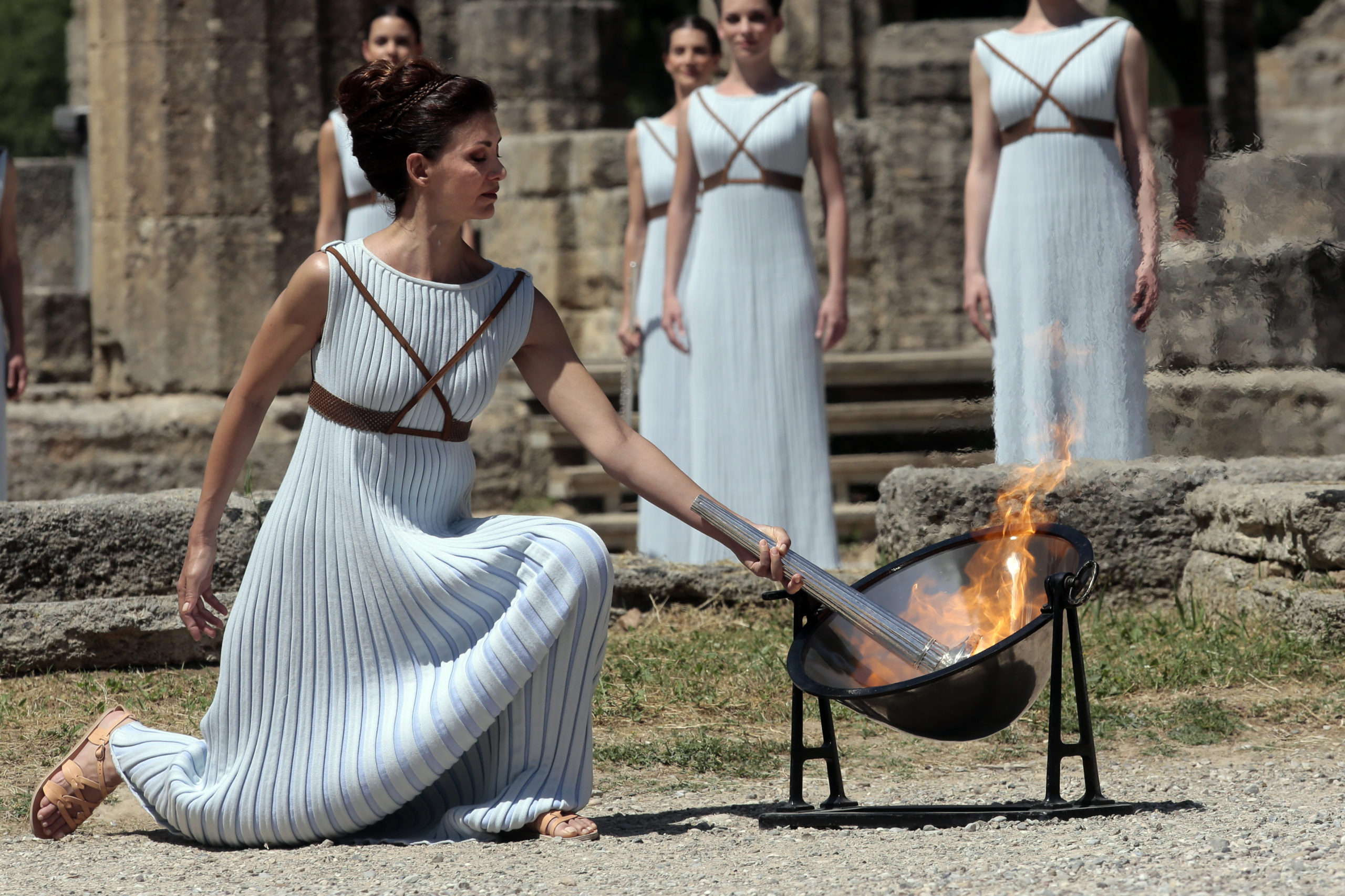 OLYMPIA, GREECE – APRIL 20: Actress Katerina Lechou acting the high pristess lights the Olympic Torch at the Ancient Stadium during the Rehearsal for the Lighting Ceremony of the Olympic Flame at Ancient Olympia on April 20, 2016 in Olympia, Greece. (Photo by Milos Bicanski/Getty Images)

Olympia was the site of the ancient Olympics, which were held every four years between 776 BC until at least 393 AD. The Olympic Games brought the Greek city-states together at a time when Greece was not a single state. The games were of major religious significance and were celebrated in honor of a specific god, according to the official Olympic website.