The fragment was discovered during excavations in Timna Valley, an ancient copper production site located nearly 140 miles south of Jerusalem. The discovery marks the first time purple dyed textile from the Iron Age, which spanned from 1200 to 586 BC, has been found in the region, the BBC reported.

An amazing discovery: an ancient cloth with the purple dye was found in southern Israel, dated to Kings David and Solomon’s era, 3000 years ago. Only Jewish kings, priests and nobelmen wore that color then. pic.twitter.com/JE8YO9EDzu

Radiocarbon dating confirmed that the fragment dates back to the monarchies of David and Solomon in about 1,000 BC, when such dye was associated with royalty and was more valuable than gold. King David, King Solomon, and Jesus Christ were mentioned to have worn the color purple in the Bible. (RELATED: A Lost Monastery Might Be Hiding Beneath An English Bus Station, Archaeologists Say)

“This is a very exciting and important discovery. This is the first piece of textile ever found from the time of David and Solomon that is dyed with the prestigious purple dye. In antiquity, purple attire was associated with the nobility, with priests, and, of course, with royalty,” Dr Naama Sukenik, curator of organic finds at the Israel Antiquities Authority, said, according to Science Focus.

Production of the dye required a laborious process, including extracting it from the fluid of shellfish that live in relatively deep water. The shellfish would be crushed and left to bake in the sun before the dye was extracted from their glands. Under the reign of Roman emperor Diocletian, one pound of purple dye cost roughly three pounds of gold, or $19,000 adjusted for the year 301 CE, according to Ancient History Encyclopedia. 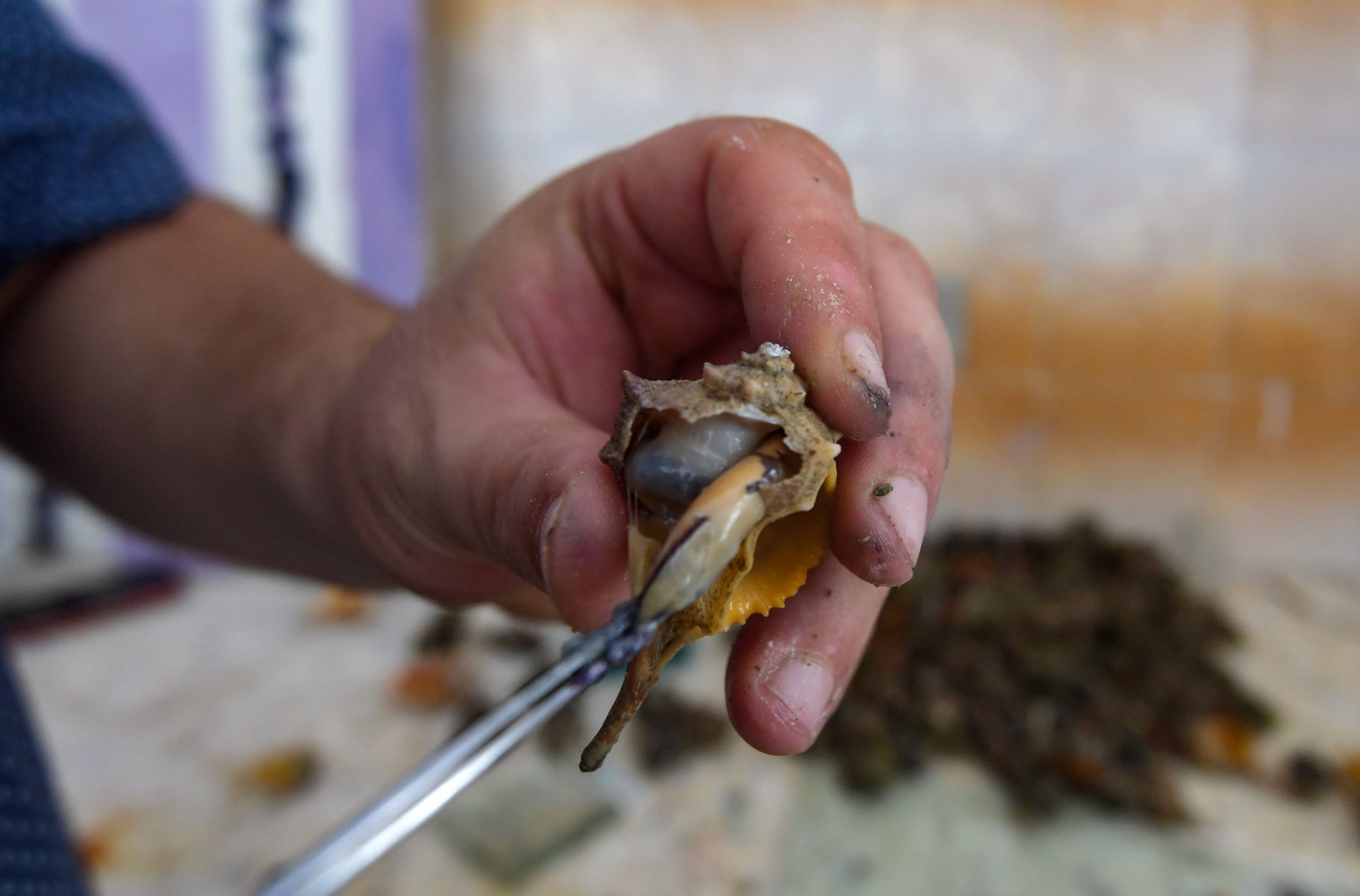 Tunisian craftsman Mohamed Ghassen Nouira extracts the snail from Murex shells to produce purple dye at his workshop in the capital Tunis, on July 11, 2020. -(Photo by FETHI BELAID/AFP via Getty Images)

“The gorgeous shade of the purple, the fact that it does not fade, and the difficulty in producing the dye, which is found in minute quantities in the body of molluscs, all made it the most highly valued of the dyes, which often cost more than gold,” Sukenik added.

The dye had previously been discovered on mollusk shells and pottery fragments, but not on fabrics. The recent findings gives researchers direct evidence of dyed fabrics from the era, Science Focus reported.

“As a result of the region’s extremely dry climate, we are also able to recover organic materials such as textile, cords and leather from the Iron Age, from the time of David and Solomon, providing us with a unique glimpse into life in biblical times,” Erez Ben-Yosef, a professor at Tel Aviv University’s archaeology department, said, according to Science Focus.