Are Russia And China Headed For A Military Alliance? Some Experts Think So

Yesterday was the first day of a massive Russian-led military exercise. Nearly 130,000 troops from seven nations joined their Russian counterparts for Center 2019, a week-long series of war games on Russia’s southern border. Although China is far the from the only foreign participant in Center 2019, it is by the far the biggest. Beijing sent 1,600 soldiers, 300 pieces of military equipment, and 30 fixed-wing aircraft and helicopters to participate in this year’s drills.

Over the past decade, Russia and China have considerably strengthened their military ties amid worsening relations with the United States. The two countries now regularly hold large and increasingly sophisticated joint military exercises. Moscow sells Beijing its most advanced weaponry and top military brass from both countries frequently met to consult on responding to shared threats. (RELATED: Russia Seeks To Cash In On U.S.-China Trade War)

There are some signs that the Sino-Russian military relationship could soon take a major step forward. Earlier this summer, the Russian Defense Ministry proposed that Russia and China  adopt a new military cooperation agreement. As Moscow’s and Beijing’s relationship with Washington continues to deteriorate, leaders in both capitals may have a strong incentive to strengthen military ties. 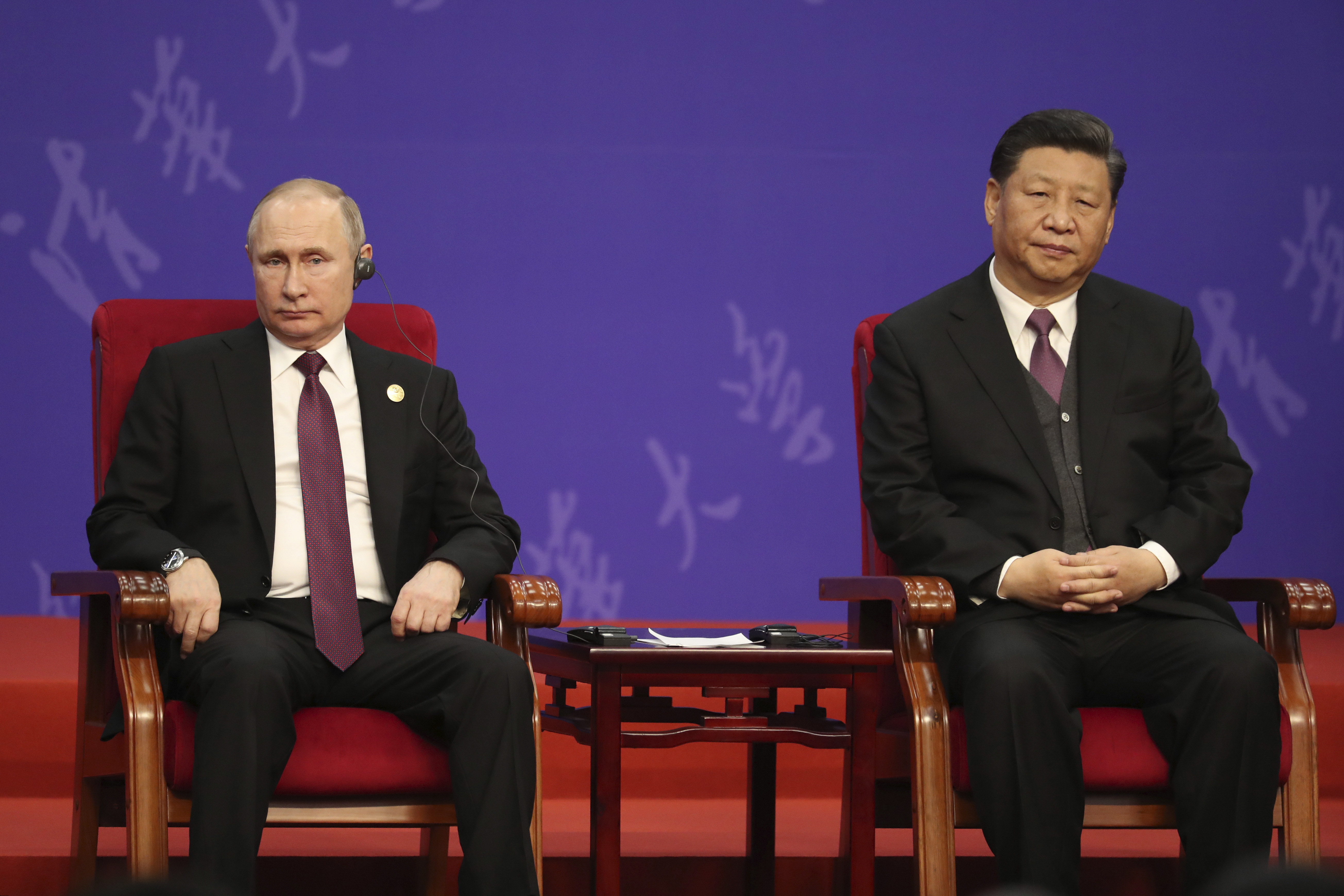 Sino-Russian joint military exercises, once unthinkable, are now a regular occurrence. Russia and China conducted their first joint air patrol in July over the Sea of Japan — a move that provoked the ire of Japan and South Korea. Moscow and Beijing held their largest ever joint military exercise nearly a year ago, when 3,200 Chinese troops joined around 300,000 Russian servicemen for the Vostok 2018 drill in Siberia. The two countries have been hosting annual joint naval exercises since 2012.

Joint military drills serve as a valuable preparation not only for Russian and Chinese troops, but also for both countries’ military leaderships, explained Vasily Kashin, a senior fellow at the Institute of Far Eastern Studies of the Russian Academy of Sciences. (RELATED: Russia Says US Is Trying To ‘Provoke War’ With Iran, Condemns Decision To Send More Troops)

China, whose troops have not seen combat since a costly 1979 border war with Vietnam, is eager to learn from Russia’s recent military operations. Ahead of Vostok 2018, Chinese military sources and analysts told the South China Morning Post that the exercise presented an opportunity for Beijing to gain insights about Moscow’s Syria campaign.

The two countries are also experiencing an arms trade renaissance. In recent years, Moscow has sold Beijing S-400 air defense systems and Su-35 fighter jets – some of Russia’s most elite weapons. China is also buying Russian engines to power some of its new aircraft.

“The [People’s Liberation Army] has been able to obtain sophisticated conventional weapons from Russia that the [People’s Republic of China] military industrial complex is still unprepared to produce,” he said.

Some experts in Washington worry that Russian arms sales to China could undermine the United States’ position in Asia. RAND Corporation analyst Timothy Heath warned in an article for War on the Rocks that the S-400’s effectiveness in deterring opposing aircraft and cruise missiles enables China to “dramatically impact the ability of the United States and its allies to respond to crises related to Taiwan, the Koreas, and the East and South China Seas.” (RELATED: In Tirade Against China, Trump ‘Orders’ American Companies To Do Their Business Elsewhere)

Following the Trump administration’s exit from the INF treaty in August, Russia and China have rallied to oppose the United States’ moves on arms control. After the Pentagon tested a cruise missile previously banned under the INF treaty, Moscow and Beijing joined together to condemn the test. When Secretary of Defense Mark Esper announced that the United States was looking to deploy long-range precision missiles in the Asia-Pacific region, Russia and China both threatened to retaliate.

Evgeny Buzhinsky, a former Russian lieutenant general, told The Daily Caller that a common goal of stopping the United States from placing missiles in Asia will serve as a “very serious factor” in strengthening military cooperation between Moscow and Beijing.

“If after the collapse of the INF treaty, the United States begins deploying missiles in the Asia-Pacific region, that will push Russia and China closer together,” he said.

Buzhinsky warned that Moscow regarded Esper’s proposal as a “direct threat” and would likely retaliate by deploying its own missiles near Alaska. 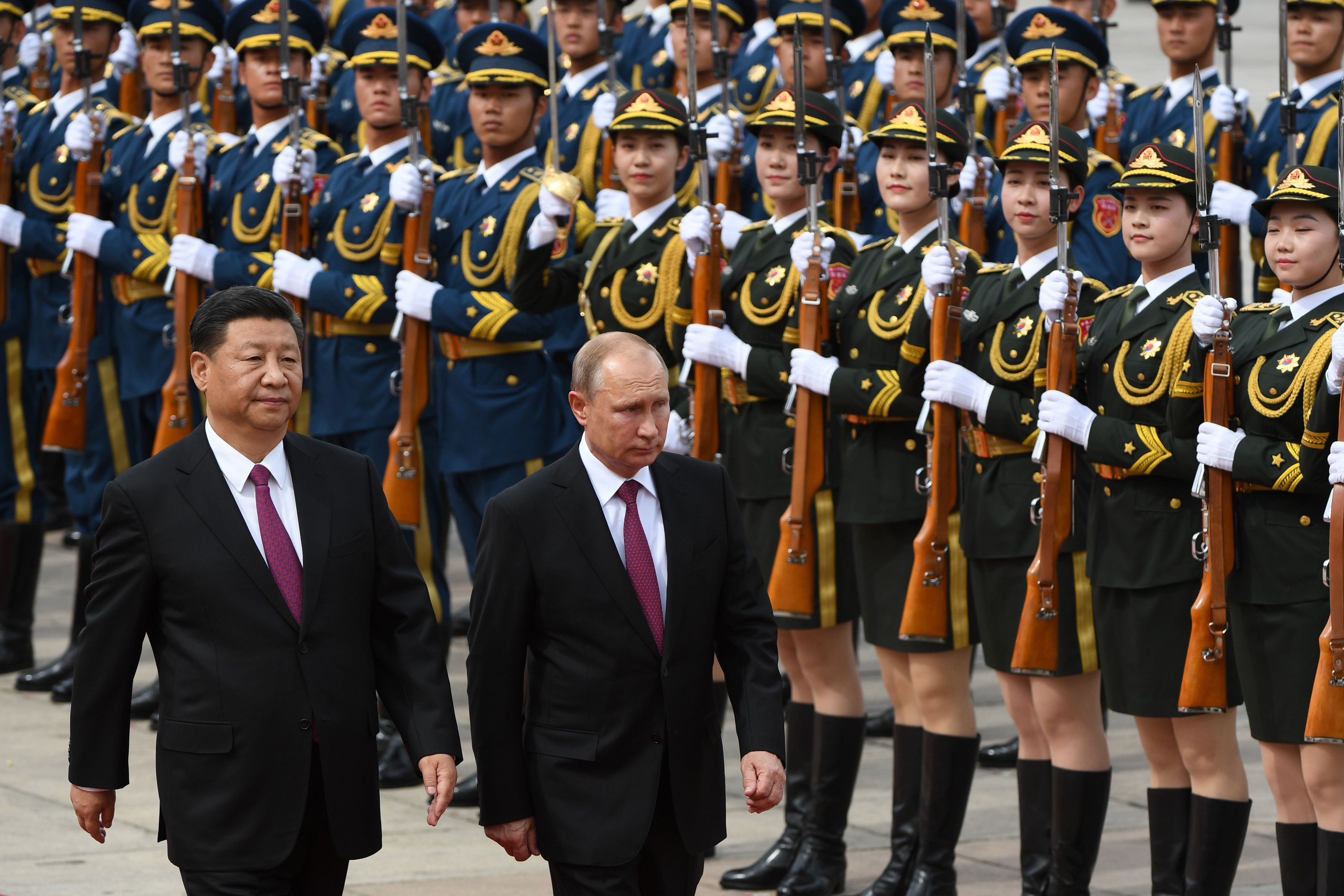 TOPSHOT – Russia’s President Vladimir Putin (C) reviews a military honour guard with Chinese President Xi Jinping (L) during a welcoming ceremony outside the Great Hall of the People in Beijing on June 8, 2018. – Putin arrived on June 8 for a state visit to China and will attend the Shanghai Cooperation Organisation Leaders Summit in the eastern port city of Qingdao on June 9-10. (Photo by GREG BAKER/AFP/Getty Images)

“I think that in that scenario, our side will offer a symmetrical response. We will probably place something in Chukotka, so that the American Pacific coast would find itself within the range of intermediate range missiles,” he said.

So, are Russia and China headed towards a military alliance? All the Russian experts that The Daily Caller interviewed said that despite the considerable growth in military ties between the two countries, talk of a formal alliance was premature. They stated that Moscow wanted to maintain foreign policy flexibility, and that they suspect that Beijing shares this desire. (RELATED: Why Russia Will Support China’s Crackdown In Hong Kong)

Ruslan Pukhov, Director of the Moscow-based Centre for Analysis of Strategies and Technologies, explained that while Russia and China are currently not interested in getting bogged down in each other’s regional conflicts, they are willing to challenge the United States in places like Syria.

Nevertheless, Buzhinsky asserted that should Washington increase the pressure on Moscow and Beijing, leadership in both countries could think twice about forming an alliance.

“If the United States continues to foster anti-Russian hysteria and God forbid places missiles in Europe or Asia, then that will put us on a road to crisis,” he said.