Bear Shot Dead In Japan After Injuring 4 In Rampage Through Military Base, Airport

A wild brown bear went on a rampage in northern Japan early Friday that injured four people and disrupted flights at a local airport, before being shot dead by hunters.

A local resident reported in the early hours of Friday that he had “witnessed a bear” on the road in a residential area of Sapporo, Hokkaido police said on Twitter. Multiple sightings were reported after that, police said, as the bear remained on the loose into the morning.

The bear injured three residents before attacking a soldier on duty at a Ground Self-Defense Force base, The Associated Press (AP) reported. The other three people injured during the rampage were a man in his 70s, a woman in her 80s and a man in his 40s.

Toshishi Ogasawara, a 75-year-old office worker, was among those injured during the bear’s rampage. He told local news outlet Asahi Shimbun he tried to escape but the bear stepped on his back. The man said both of his knees were injured and he was bleeding from his back. (RELATED: Man Forced To Undergo Surgery After Bear With Her Cubs Attacks Him In His Garage)

“The bear was heavy, but it was so instant that it was dull,” Toshishi said. “I was surprised. I’ve lived here for over 40 years, but I’ve never heard of a bear coming out nearby.”

A security camera installed at Okadama Airport also showed the bear roaming around the runway, according to Japanese broadcaster NHK. As a result, eight flights to and from the airport were cancelled and some schools in the nearby area were closed. 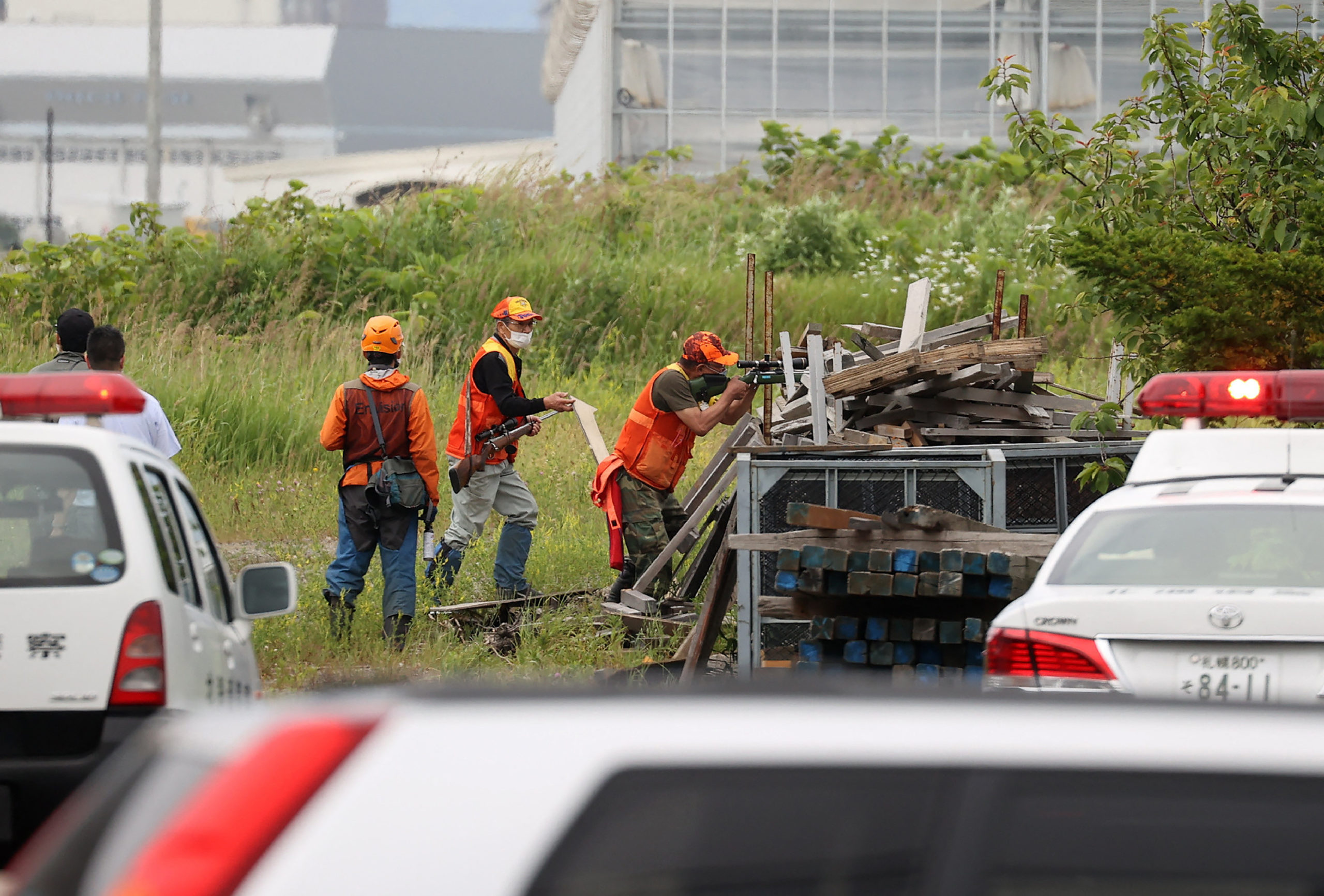 Members of a hunting group stay vigilant in search for a brown bear that was on the loose in Sapporo, Hokkaido prefecture on June 18, 2021 (STR/Jiji Press/AFP via Getty Images)

The bear later ran into a forest, where it was shot by local hunters, Hokkaido police confirmed on Twitter. Toshihiro Hamada, an official at the local environmental department, said authorities were investigating how the bear ended up in the city, The AP reported.

Brown bears can be found in Hokkaido’s forests, but experts said the animals are increasingly appearing in inhabited areas in search of food, particularly during the summer.