Been Eating ‘Tuna’ At Subway? Scientists Can’t Figure Out What ‘Species’ The Meat Is, But It Might Not Be Tuna

Subway is now under fire over whether its tuna sandwiches actually use tuna.

An unidentified lab that examined the equivalent of five footlong tuna subs from America’s largest sandwich chain has been unable to confirm that the meat inside is tuna, according to a recent report from The New York Times. 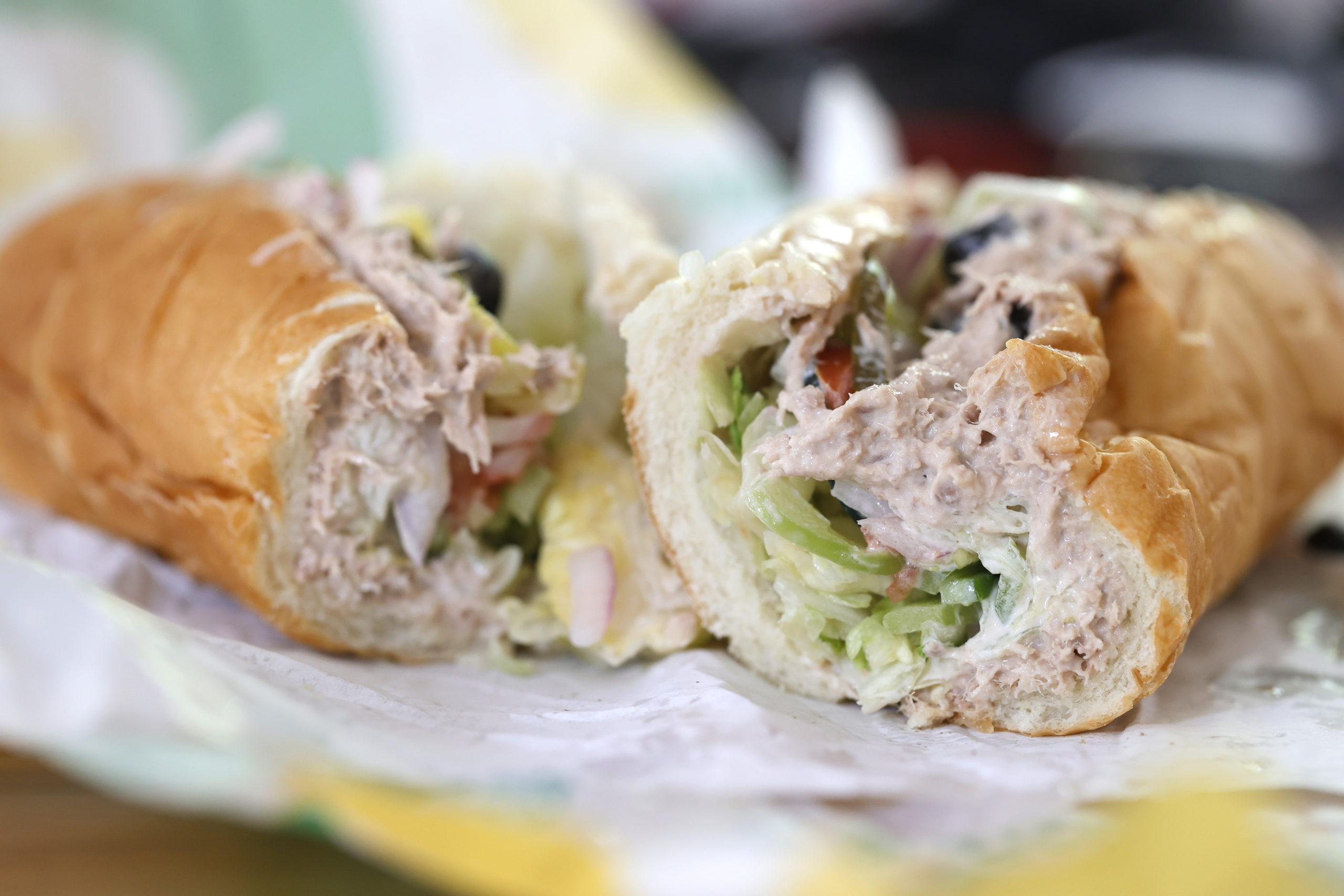 A tuna sandwich from Subway. A recent lab analysis of tuna used in Subway sandwiches commissioned by the New York Times did not reveal any tuna DNA in samples taken from Subway tuna sandwiches. (Photo Illustration by Justin Sullivan/Getty Images)

“No amplifiable tuna DNA was present in the sample and so we obtained no amplification products from the DNA,” the lab, which sought anonymity so as not to endanger chances of working with Subway, said in an email. “Therefore, we cannot identify the species.”

“One, it’s so heavily processed that whatever we could pull out, we couldn’t make an identification. Or we got some and there’s just nothing there that’s tuna,” the lab stated as two possible explanations for the result. (RELATED: Subway: World’s largest restaurant chain, passing McDonald’s)

Karen Dhanowa and Nilima Amin sued Subway in January, claiming Subway’s tuna was “anything but tuna.” They amended their filing earlier in June to claim instead that the restaurant chain failed to use “100% sustainably caught skipjack and yellowfin tuna” as it claimed on its website.

A test performed earlier in 2021 by Inside Edition on samples of Subway’s tuna sandwiches taken from restaurants in the New York City area confirmed Subway used tuna. The New York Times also pointed out that the process of preparing the tuna could “denature” the DNA, making a positive identification of a particular species difficult.

“If there’s any fraud in this case, it happened at the cannery,” Dave Rudie of Catalina Offshore Products told the New York Times.