Berkeley, California will be moving toward creating a department separate of police that would replace officers with unarmed civilians to enforce traffic laws, the numerous sources reported.

The City Council approved a police reform proposed Wednesday that would re-assign police service calls to a unit staffed by “crisis responders” as part of an initiative to achieve racial justice, BerkeleySide reported.

Part of the reforms would also include shifting duties like responding to calls about mental health crises or homeless people away from police, so that officers can instead focus on “violent and criminal matters.” 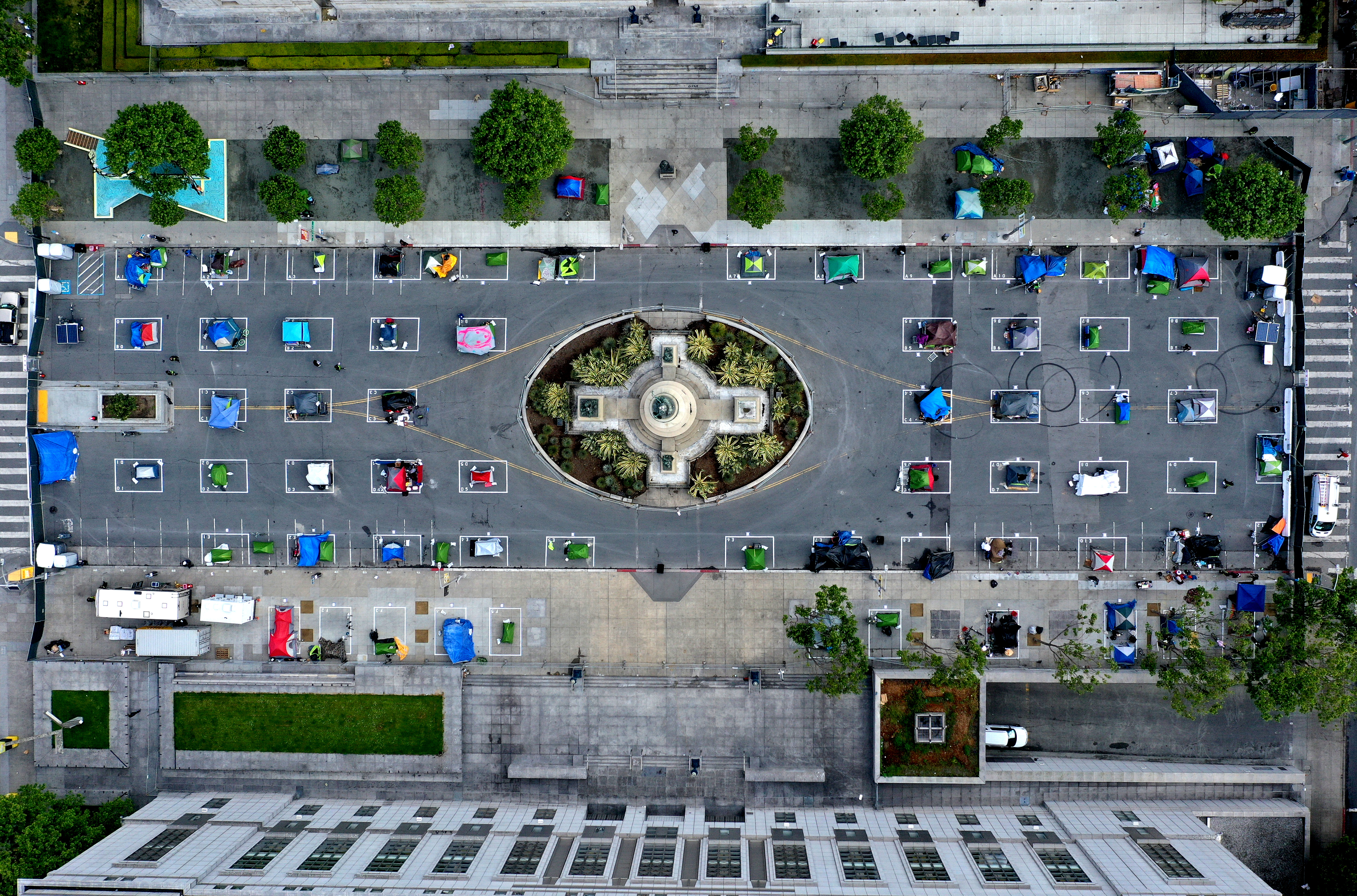 SAN FRANCISCO, CALIFORNIA – MAY 18: An aerial view of San Francisco’s first temporary sanctioned tent encampment for the homeless on May 18, 2020 in San Francisco, California. (Photo by Justin Sullivan/Getty Images)

As part of a public process intended to leverage community ideas about how policing should be transformed, the council also voted to find ways to cut the police department’s budget in half.

“There may be situations where police do need to intervene, and so we need to look at all that,” Berkeley Mayor Jesse Arreguin said according to the AP.

Police reform initiatives across the country have come after the death of George Floyd, who died after a Minneapolis police officer knelt on his neck for several minutes.

But criminal justice experts have criticized the plan to substitute police officers with unarmed citizens for traffic stops as unrealistic and potentially dangerous.

“I think what Berkeley is doing is nuts,” Mark Cronin, a director with the Los Angeles Police Protective League, told the AP. “I think it’s a big social experiment. I think it’s going to fail and it’s not going to take long for, unfortunately, traffic collisions, fatalities to increase exponentially.” (RELATED: America Once Again Rediscovers The Need For Police)

Cronin also pointed to the possibility that an unarmed traffic guard could encounter a driver that is intoxicated, armed and fleeing a crime, or is wanted on other charges. Philip Stinson, a criminal justice professor at Bowling Green State University, called the idea “overly simplistic” with potentially deadly consequences.

“Traffic stops are one of the most unpredictable and therefore dangerous duties of law enforcement. There is no such thing as a routine traffic stop and to perform them effectively and safely takes months of police training in and outside of an academy,” Frank Merenda, a former New York City Police Department captain who is an assistant professor of criminal justice at Marist College, told the AP.