The Biden administration ignored career immigration officials’ warnings of an impending surge in the number of migrants arriving at the southern border, The Washington Post reported.

The administration has repeatedly refused to refer to the situation as a crisis, despite a seeming inability to curb the increasing flow of migrants, the Post reported. The administration’s mixed messaging, which often appeals to liberal activists, has hampered efforts to halt the influx of migrants at the southern border, according to the Post.

Senior Customs and Border Protection (CBP) officials briefed the Biden transition team during the transition period on the potential risks of lifting former President Donald Trump’s policies and said it could lead to a surge in unaccompanied migrant minors, one current and two former Department of Homeland Security (DHS) officials told the Post.

The president’s transition team understood the potential risks and acknowledged multiple issues that could emerge as a result of repealing Trump-era policies, DHS officials told the Post.

Chad Wolf, former acting DHS secretary, said he talked to the Biden transition team about potential risks related to migrants and confirmed that career CBP officials warned of a looming crisis, the Post reported. However, Biden repealed several of Trump’s policies including border wall construction and paused deportations for 100 days within his first week of taking office.

A federal judge blocked President Joe Biden’s moratorium on deportations in January, according to the Associated Press.

“It’s one thing to hear it from political appointees, but career folks were telling them the same thing. They should have been better prepared,” Wolf said, the Post reported. “And I know they were briefed in detail by CBP.” (RELATED: Biden Administration Is Lying About The Reason For A New Migrant Child Detention Center, Former Border Official Says) 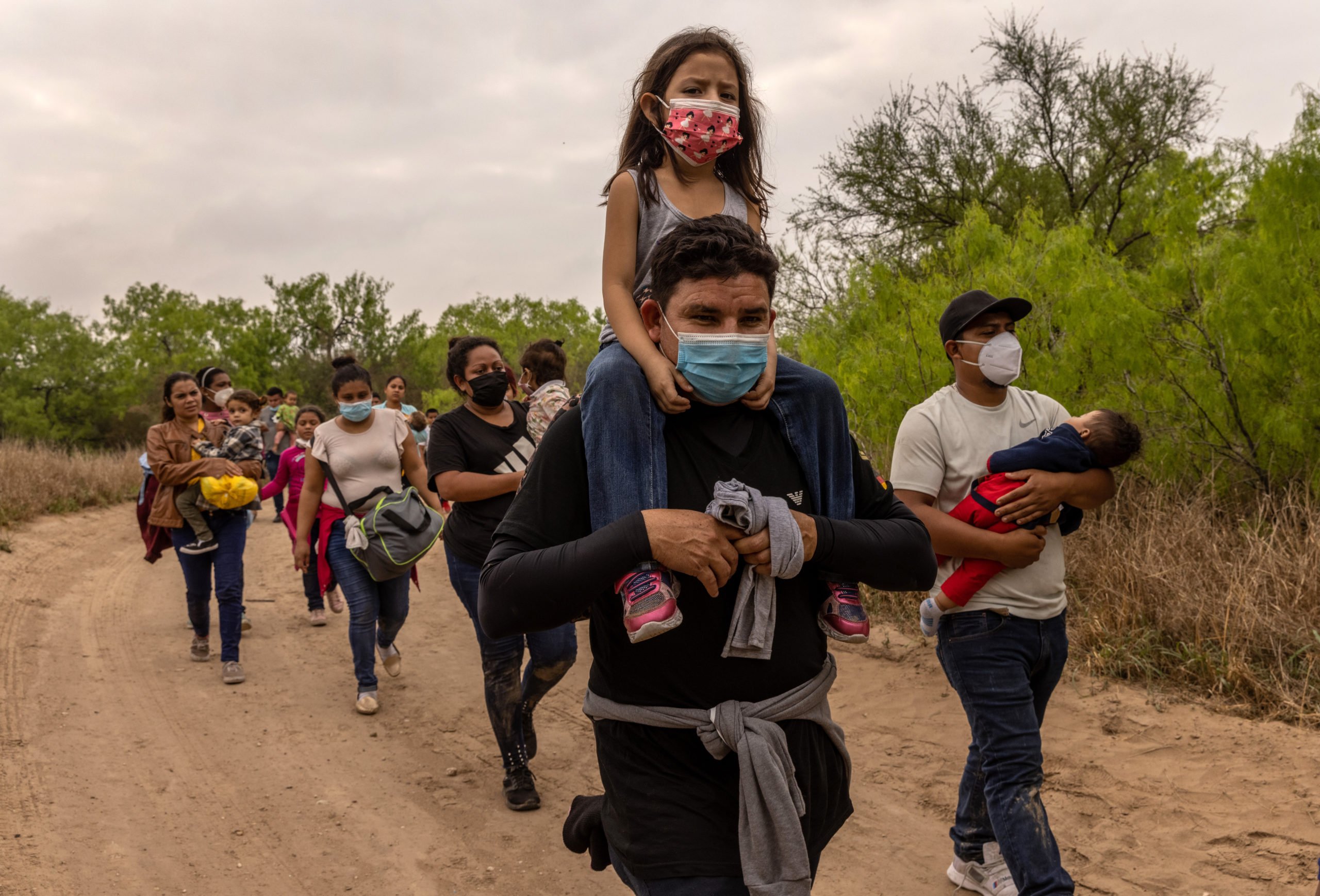 Asylum seekers, most from Honduras, walk towards a U.S. Border Patrol checkpoint after crossing the Rio Grande from Mexico on March 23, 2021 near Mission, Texas.(Photo by John Moore/Getty Images)

“When you create a system that incentivizes people to come across, and they are released, that immediately sends a message to Central America that if you come across you can stay,” Democratic Texas Rep. Vicente Gonzalez told the Post.

“It incentivizes droves of people to come, and the only way to slow it down is by changing policy at our doorstep. If they don’t change the policy, the flow of continued migration traffic isn’t going to stop or slow down,” Gonzalez added.

The Biden administration has continued expelling single migrant adults and some family units to Mexico under Trump’s Title 42 public health order. However, the Mexican government said in January it would stop accepting some families, forcing the U.S. to admit parents with children under 7 years old, according to the Post.