The British ambassador to the United States described the Trump Administration as “clumsy and inept” and President Donald Trump as “radiating insecurity,” according to leaked cables.

The cables, obtained by Daily Mail Sunday, date back to 2017 and talk about American policies, the stance on Iran‘s weapons program by the U.S. and more. The leak comes at a precarious time for the U.K., with Trump having floated a potential trade deal that would benefit the island nation, the New York Times reported.

In order to get points across to Trump, “you need to make your points simple, even blunt.” Darroch also described conflicts within the White House as “knife fights” and warned that Trump could be indebted to “dodgy Russians,” Daily Mail reported.

“This ‘America First’ administration could do some profoundly damaging things to the world trade system: such as denounce the W.T.O., tear up existing trade details, launch protectionist action, even against allies,” Darroch wrote according to the cables. “It could further undermine international action on climate change, or further cut U.N. funding.”

Darroch also described Trump’s state visit as strategic, suggesting that the Trump administration was “dazzled” by it. (RELATED: Theresa May Subtly Backs Up Trump Against Khan, Corbyn)

“These are close contacts, with whom we have spent years building relationships: These are the gatekeepers and the ‘Trump whisperers,’ the people we rely upon to ensure the U.K. voice is heard in the West Wing,” the cables read regarding Trump’s recent visit to the U.K. 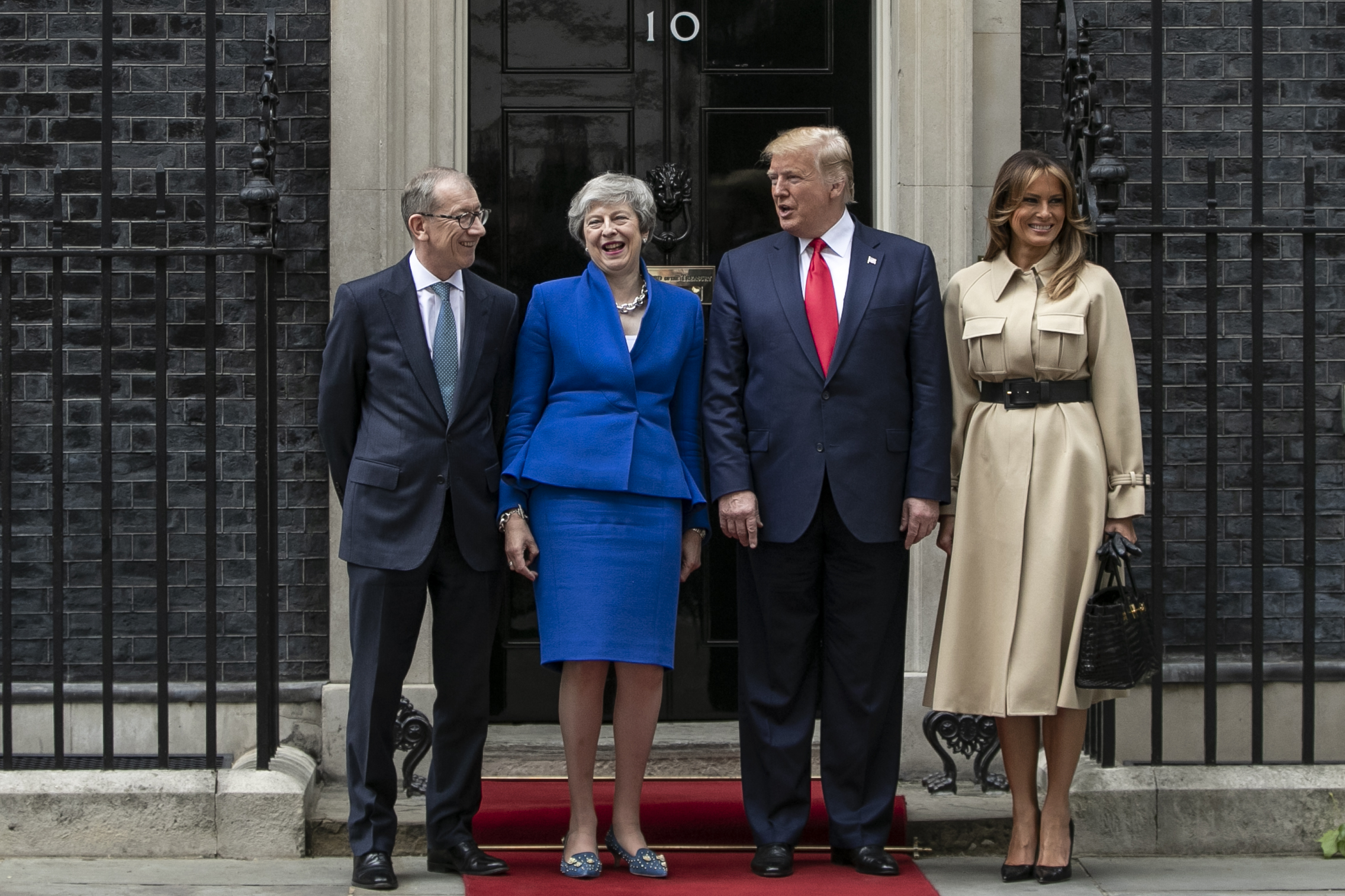 “Trump may emerge from the flames, battered but intact, like Schwarzenegger in the final scenes of The Terminator,” Darroch wrote, noting that Trump has been involved in scandal for most of his life and still succeeded.

This is not the first time that documents from Darroch have been leaked. In 2016, leaked documents showed Darroch stating that Trump could be “open to influence if pitched right.” Trump then tweeted that Farage would “do a great job!” as ambassador to the U.S. instead of Darroch.

Calls for Darroch to step down have begun, the NYT reported. Nigel Farage, the Brexit Party leader, called Darroch “totally unsuited to the job” and said that he should step down.

“Their views are not necessarily the views of Ministers or indeed the Government,” a spokesperson from the Foreign Office said according to a statement, Daily Mail reported. “But we pay them to be candid, just as the US Ambassador here will send back his reading of Westminster politics and personalities.”

“Our team in Washington have strong relations with the White House and no doubt that these will withstand such mischievous behaviour.”