Dozens of police reports show allegations that Islamic clerics have been sexually harassing, raping and physically abusing children in religious schools throughout Pakistan.

There are allegations of rampant and pervasive child sex abuse against Islamic clerics who teach in Pakistani religious schools, First Information Reports investigated by The Associated Press show. The reports, as well as interviews between law enforcement officials and the victims and their parents, said these clerics sexually harassed, raped and physically abused children, according to the AP.

Clerics will often target boys who have not reached puberty because Pakistani culture views male interaction with girls and women as unacceptable, police told the AP.

A cleric allegedly repeatedly raped an 8-year-old boy named Yaous who had to stay at his school over a holiday because his father could not afford to bring him home. A doctor who examined the child found evidence of the brutal assaults, but the boy’s uncle was unwilling to believe the child had been assaulted, according to the AP.

“If news spreads in our area that he has been sexually assaulted it will be very difficult for him to survive in our area,” the doctor told the AP that the child’s uncle said.

The doctor reported the assault to the police and the cleric was arrested, but clerics at Madrassah-e-Taleem-ul-Quran mosque disputed the charges and said Qari Shamsuddin, the cleric, is innocent. 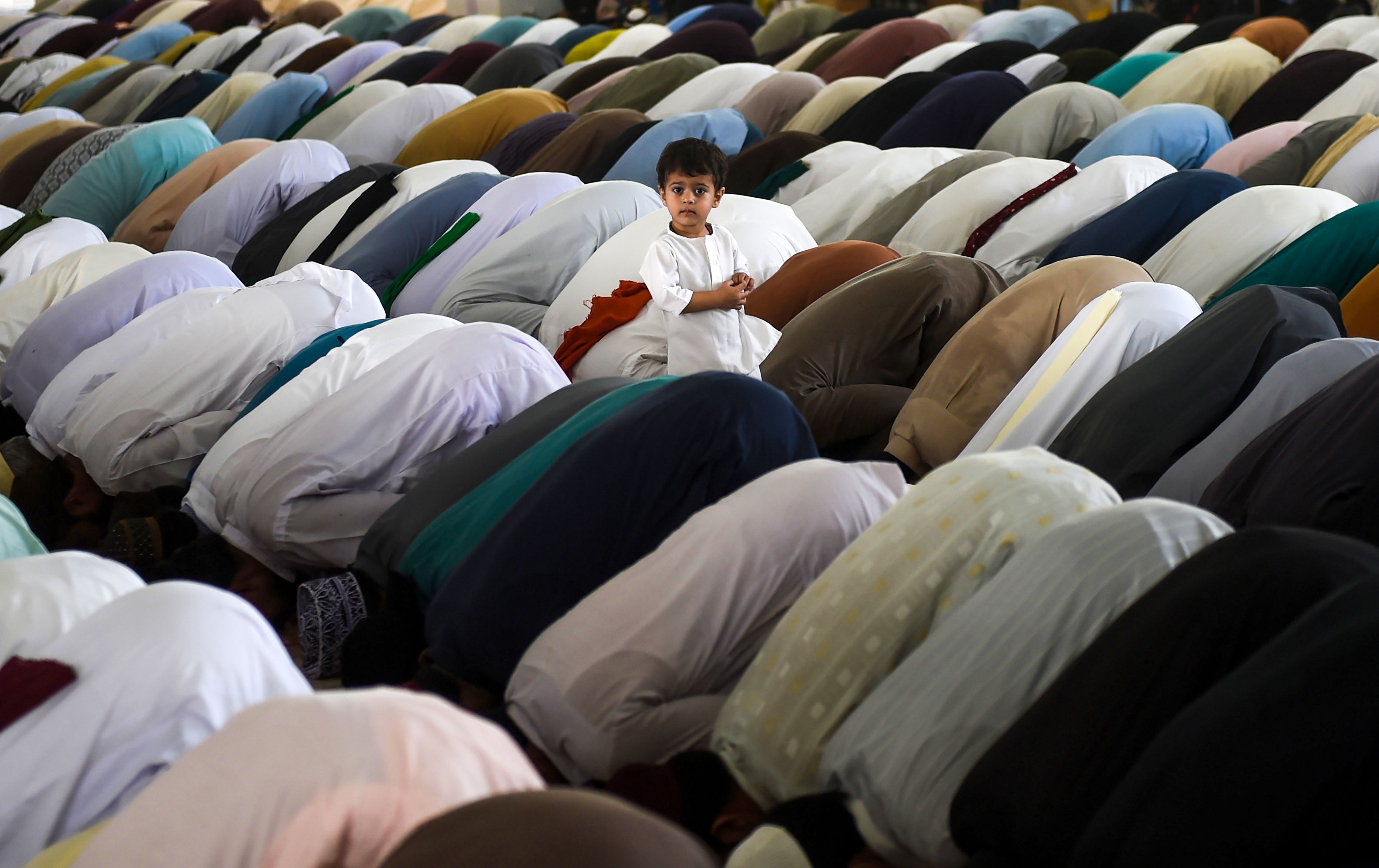 A child stands and looks on among Muslim worshipers as they offer Jummat-Ul-Vida prayers on the last Friday of the holy fasting month of Ramadan at a mosque in Karachi on May 31, 2019. (Photo credit RIZWAN TABASSUM/AFP via Getty Images)

In another incident, an 11-year-old girl named Misbah was allegedly raped by a cleric who found her sweeping behind the mosque next door to her home. Her uncle told the AP that he heard her screams, smashed down the door, and found her lying naked next to her bloodied pants.

The cleric knelt at his feet and asked the uncle to forgive him — “’Forgive me’ he kept saying to me,” the uncle told the AP. But the cleric was freed on bail after being arrested.

Police reports are the tip of the iceberg, police said. But none of them have resulted in a cleric’s conviction, as Pakistan’s powerful religious clerics accuse the victims of blasphemy or of defaming Islam when allegations are brought forth, the AP reported.

But the schools have very little oversight and no central authority to respond to abuse allegations in the 22,000 registered schools and many more unregistered religious ones — such as how the Catholic Church has the Vatican and Pope Francis to investigate similar claims. 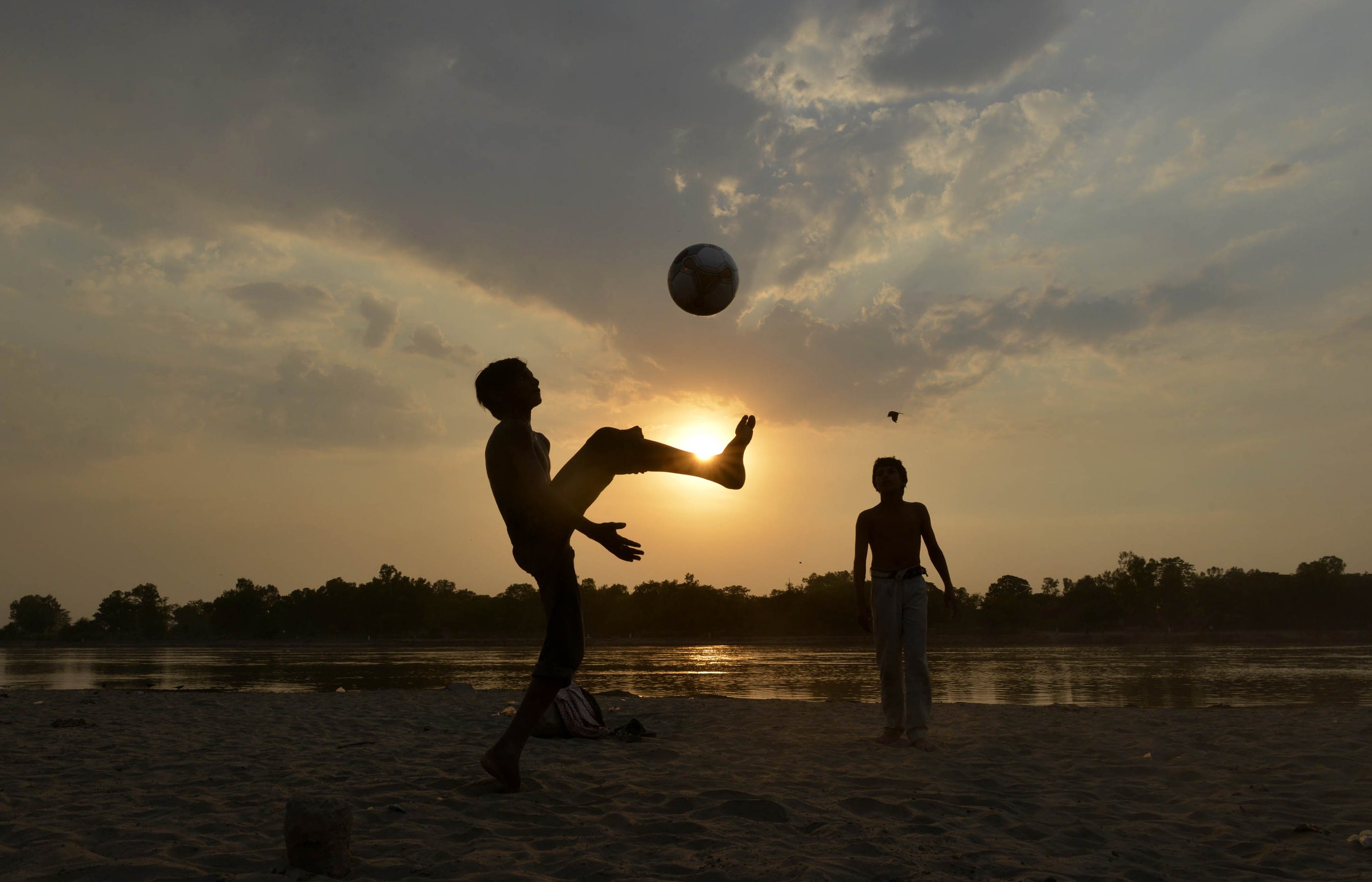 A group of Pakistani children play football by the Ravi River in Lahore on May 25, 2014. AFP PHOTO/Arif ALI (Photo credit Arif Ali/AFP via Getty Images)

These religious schools, or madrassas, teach more than 2 million children and are usually started by local clerics in impoverished communities, according to the AP.

Deputy Police Superintendent Sadiq Baloch said families in Pakistan are often forced into “forgiving” these clerics through shame and fear of their child entering adulthood stigmatized by being sexually abused. Usually when the family forgives the cleric, the charges and the investigation are dropped.

“It is the hypocrisy of some of these mullahs, who wear the long beard and take on the cloak of piety only to do these horrible acts behind closed doors, while openly they criticize those who are clean shaven, who are liberal and open minded,” Baloch told the AP. “In our society so many of these men, who say they are religious, are involved in these immoral activities.”