Chipotle Mexican Grill will pay a record $25 million fine to resolve criminal charges that it served tainted food that sickened more than 1,100 people in the U.S. from 2015 to 2018, the Associated Press reported Wednesday.

The fine is the largest “ever imposed in a food-safety case” according to the Justice Department, and the chain agreed to enact a “comprehensive food safety compliance program.” The California-based company entered into a deferred prosecution agreement that will allow it to avoid conviction by improving its food safety program, according to the Associated Press.

“Chipotle failed to ensure that its employees both understood and complied with its food safety protocols, resulting in hundreds of customers across the country getting sick,” said United States Attorney Nick Hanna said in a statement. (RELATED: Chipotle Is Facing A Massive Lawsuit, And It Has Nothing To Do With E. Coli) 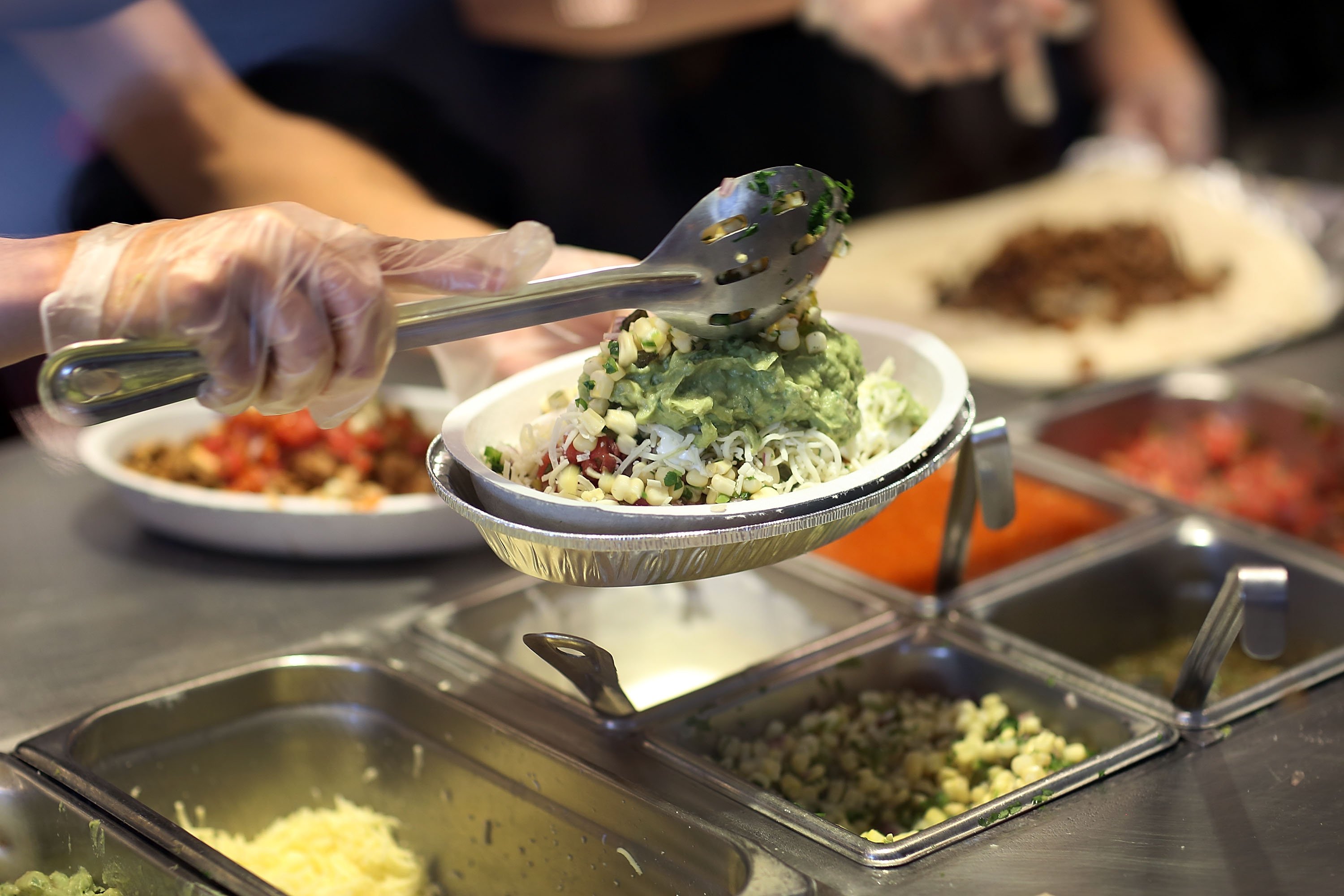 Chipotle restaurant workers fill orders for customers on the day that the company announced it will only use non-GMO ingredients in its food on April 27, 2015 in Miami, Florida. (Photo by Joe Raedle/Getty Images)

The string of outbreaks began in 2015 in Simi Valley and came two months before an E. Coli outbreak at Chipotle spread to multiple states that temporarily closed dozens of restaurants and hurt sales, according to the Associated Press.

The norovirus outbreak, which is spread easily by people mishandling food, began in Simi Valley and initially infected 234 customers and employees. The illness was not reported internally and food safety measures weren’t implemented until two days after customers reported becoming ill.

The Food and Drug Administration found numerous incidents at other Chipotle restaurants where employees became sick at work but didn’t go home in violation of the company’s policies, the Associated Press reported.

The company said it would improve its food safety practices by reducing the number of employees who touch food and testing the quality of raw ingredients, among other measures.

“This settlement represents an acknowledgment of how seriously Chipotle takes food safety every day and is an opportunity to definitively turn the page on past events,” Brian Niccol, chairman and chief executive officer, said according to the Associated Press.