The suit was filed in the federal court for the Central District of California and also names state Attorney General Xavier Becerra and officials of San Bernardino and Riverside counties. It seeks to block the governor’s coronavirus stay-at-home orders, which don’t exempt houses of worship as “essential” infrastructure and prohibits group gatherings, according to the Associated Press.

Moffatt “believes that Scripture commands him as a pastor to lay hands on people and pray for them, this includes the sick,” the suit said. “Moffatt also believes that he is required by Scripture to baptize individuals, something that cannot be done at an online service.” 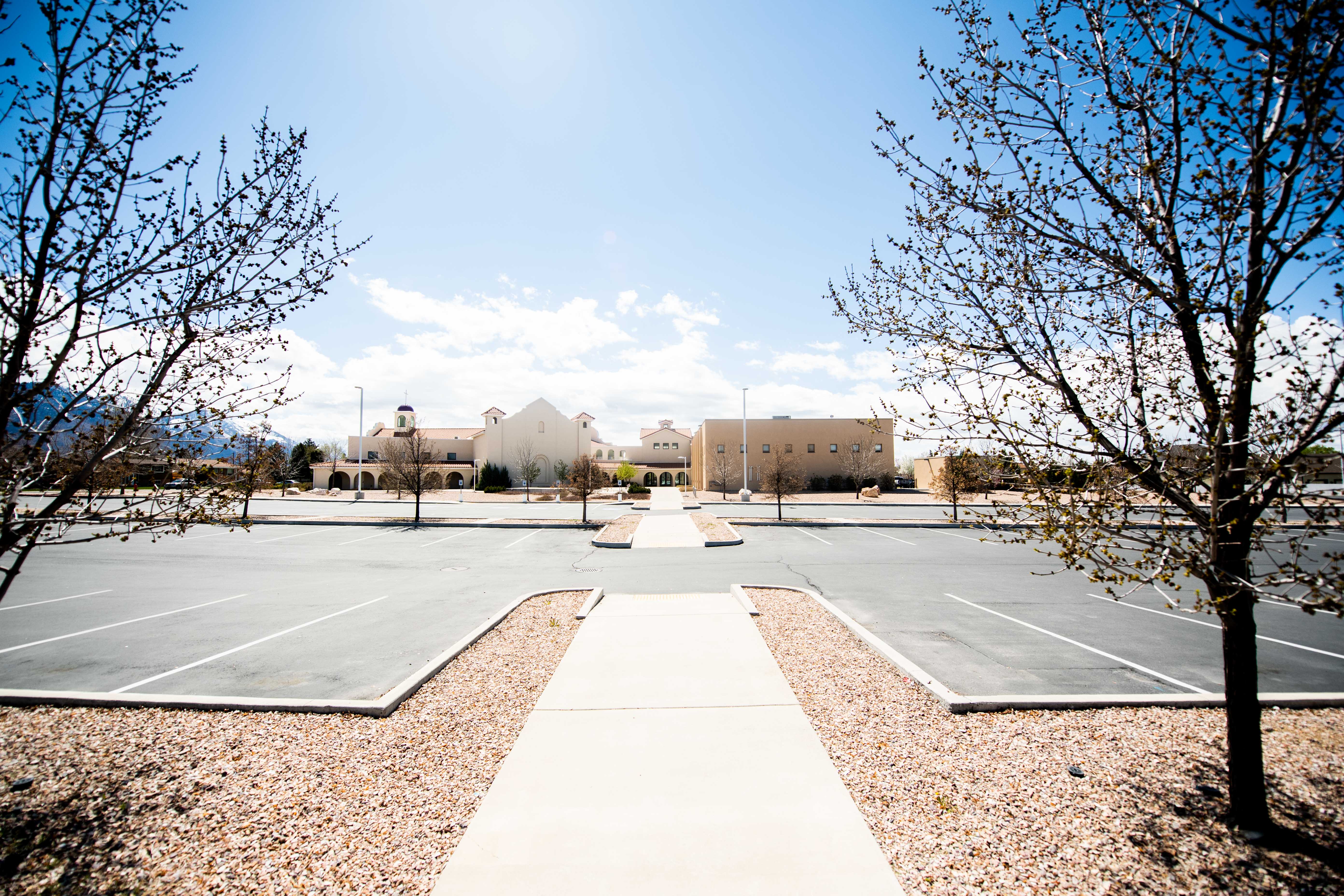 An empty church parking lot is seen on Easter Sunday during the coronavirus pandemic on April 12, 2020 in Los Angeles, California. (Photo by Matt Winkelmeyer/Getty Images)

A parishioner and the head pastor of Shield of Faith Family Church in Fontana and the senior pastor of Word of Life Ministries International in Riverside are also named in the suit, the Associated Press reported.

The churches argue that the state and local orders are too broad and that social distancing can be practiced in religious settings in the same manner as grocery stores and other essential businesses that are allowed to remain open.

“The state does not get to dictate the method of worship to the faithful,” Harmeet K. Dhillon, chief executive of the Center for American Liberty, a California nonprofit organization that filed the suit, said according to the Associated Press.

“If a Californian is able to go to Costco or the local marijuana shop or liquor store and buy goods in a responsible, socially distanced manner, then he or she must be allowed to practice their faith using the same precautions.”

U.S. District Judge Cynthia A. Bashant, citing a U.S. Supreme Court ruling, said the right to freedom of religion doesn’t “include the right to expose the community … to communicable disease.”