A Russian national who co-founded a global fraud operation that’s responsible for stealing more than $560 million from millions of victims was sentenced to a decade in jail on Friday, the Department of Justice announced.

Russian citizen Sergey Medvedev, 33, and Syvatoslav Bondarenko, who is from Ukraine, co-founded Infraud, court documents said, according to a Justice Department press release. Infraud, a worldwide criminal organization that engaged in financial fraud and stole identities, bragged about having more than 10,000 participants at its height, according to the press release.

Medvedev, the Russian national, conducted an “escrow” service for illegal transactions in the Infraud network starting in November 2010 until law enforcement shut down the organization in February 2018, court documents said, according to the press release.

Medvedev conducted administrative duties for the organization and punished participants who broke the Infraud’s rules, the court documents said, according to the press release. (RELATED: Active Military Members Hit Harder By Identity Theft Than Other Adults: Study) 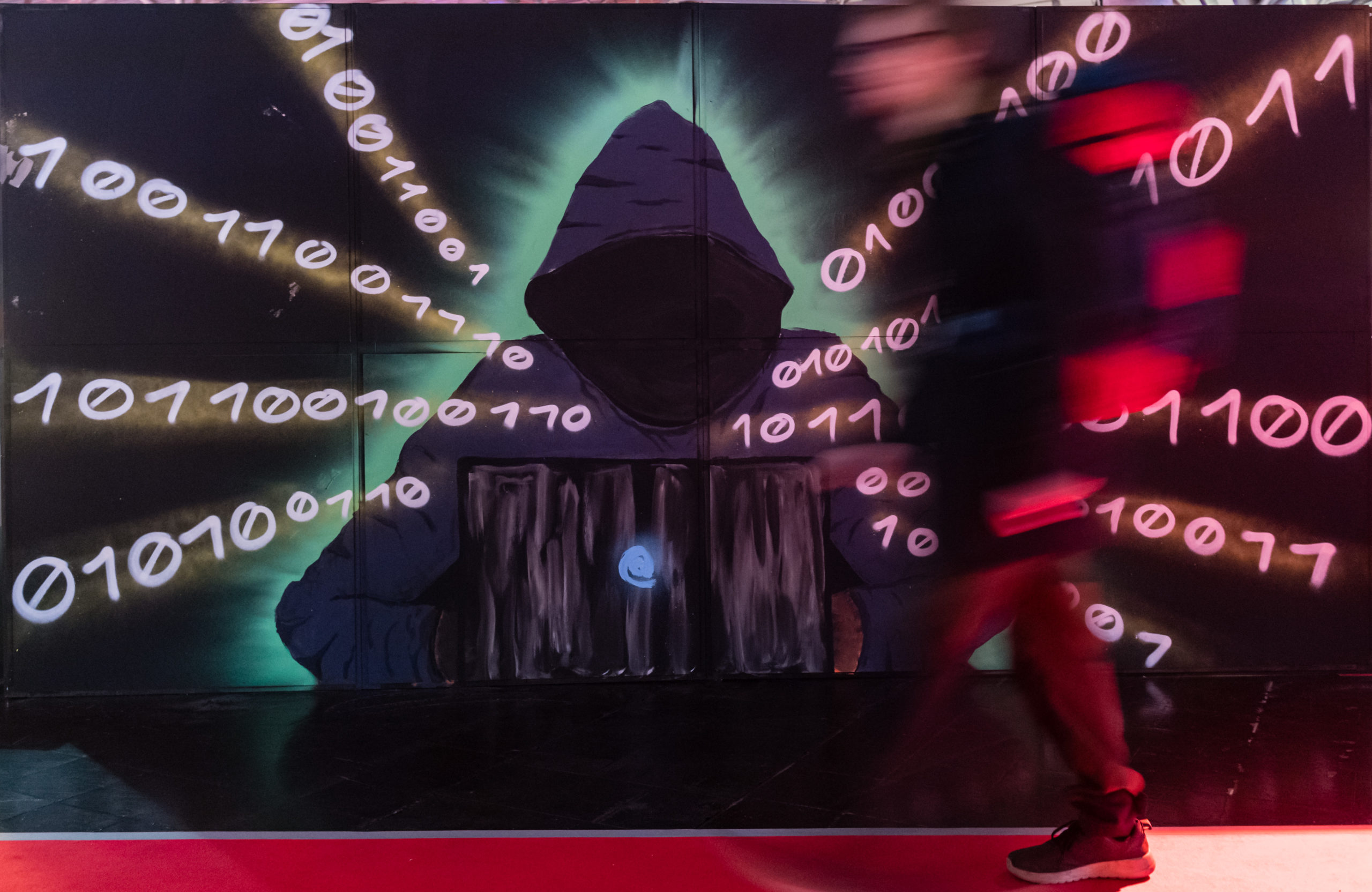 A participant takes part on the first day of the 36C3 Chaos Communication Congress on December 27, 2019 in Leipzig, Germany. (Jens Schlueter/Getty Images)

Infraud, one of the biggest organizations the Justice Department has prosecuted, oversaw the exchanging of stolen identities, fake documents, stolen credit and bank account information and additional contraband, the press release said. The group’s motto was “In Fraud We Trust” and ran for over seven years.

The organization sold or purchased more than 4 million credit and debit card numbers, and led to the loss of more than $568 million for victims, according to prosecutors.

Medvedev pleaded guilty to one count of racketeering conspiracy last June in Nevada, according to the press release. Marko Leopard, 31, of North Macedonia, pleaded guilty in Nevada in November 2019 and received a five-year-prison sentence on Friday.

Leopard became part of the organization in June 2011, and served “as an ‘abuse immunity’ web hoster” to those in the group that wanted to sell contraband through websites, court documents said. Leopard disregarded internet user reports of abuse when he purposefully gave unlawful goods and services. Many of Infraud’s participants who used the sites he hosted benefited from their illegal actions.

Cyber crime complaints from Americans reached a record in 2020, according to a FBI’s Internet Crime Complaint Center annual report. The Centers for Disease Control and Prevention warned in 2020 that cyber criminals might target healthcare systems in addition to everyday Americans during the COVID-19 pandemic, according to a warning from the agency.

The Justice Department didn’t immediately respond to a request for comment.