‘Come Save My Life’: Haitian President Desperately Called For Help Before Assassination, According To Report

Haitian President Jovenel Moïse made a series of desperate phone calls to police and government officials pleading for help just minutes before he was assassinated, it was reported Sunday.

Moïse made a series of phone calls to his lieutenants and security officials asking for reinforcements and help, the Miami Herald reported.

“They are shooting by the house. Mobilize people,” the president reportedly said to an officer with the Haitian National Police, referring to the assassins.

Shortly after that, Moïse made another frantic phone call, this time to a tactically trained officer, once again asking for help. “I need your assistance, now! My life is in danger. Come quick; come save my life,” Moïse said, according to the Herald. 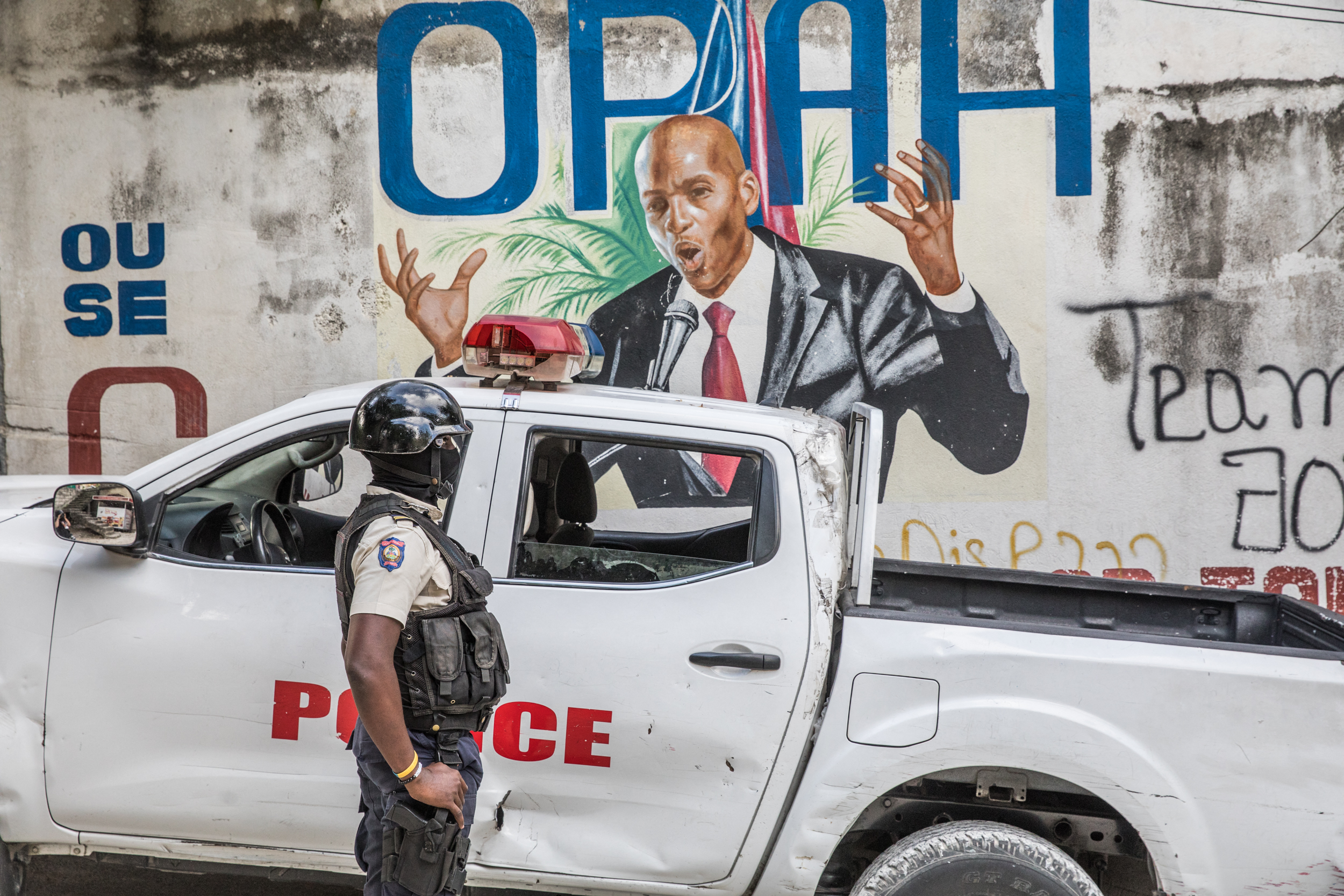 A police officer stands by a wall painted with a mural of late Haitian President Jovenel Moise after FBI agents and forensic teams conducted searches in his residence in Port-au-Prince on July 15, 2021, in the wake of his assassination on July 7, 2021. (Photo by Valerie Baeriswyl / AFP) (Photo by VALERIE BAERISWYL/AFP via Getty Images)

“Mr. President,” the officer interjected, before the sound of gunfire and an assault rifle ended the call, according to the Herald.

Moïse was killed on July 7 after a commando stormed the presidential compound while reportedly pretending to act on behalf of the U.S. Drug Enforcement Administration (DEA).

After speaking to the president at 1:34 a.m., one of the police officers made about four phone calls in a span of 14 minutes. He called for backup as he was getting out of bed on his way to the presidential residence. He had arrived at the palace at about 2:22 a.m. The officer also told the newspaper that he had encountered some of the Colombian assassins on the road.

The first call he says he made at 1:35 was to Dimitri Hérard who was the head of security for the president. The officer was reportedly told help was on the way. Hérard was arrested Wednesday in a connection to the attack, authorities said.

When the police officers arrived at the palace they discovered the first lady shot outside of the bedroom. The president was reportedly found dead curled up and turned sideways with his left eye gouged up and bullet holes in the forehead, chest, stomach and hip, according to investigators who spoke with the Herald.