After a fire destroyed the spire and roof of the 850-year-old church in April 2019, French President Emmanuel Macros promised to rebuild within five years. Before the coronavirus pandemic paused construction, other delays in building were caused by toxic lead released by the fire and winter storms, according to Reuters. 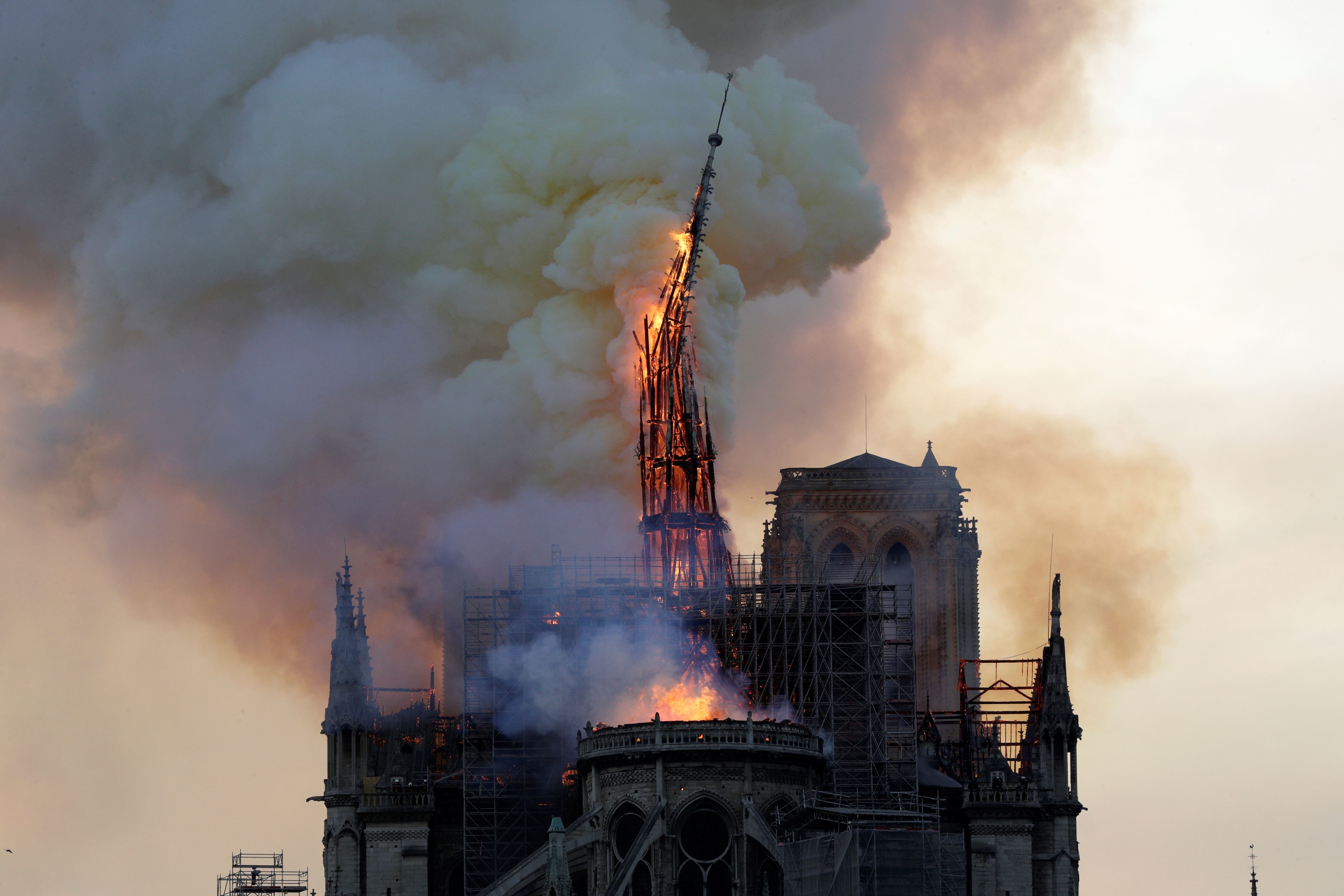 The steeple and spire of the landmark Notre-Dame Cathedral collapses as the cathedral is engulfed in flames in central Paris on April 15, 2019. (Photo by GEOFFROY VAN DER HASSELT/AFP via Getty Images)

The site was closed in March due to the pandemic, but was reopened for construction Monday to make the site compliant with social distancing rules so work proper could resume. Showers for workers are being modified and changing rooms adapted to reduce the risk of virus transmission, the rector of the cathedral Monsignor Patrick Chauvet said according to Reuters. (RELATED: France, Israel Shut Down All Non-Essential Stores, Restaurants, Cafes)

“It’s true that we have lost a month and a half,” Chauvet told Reuters Television. Despite the setback, the project is still on track to meet Macron’s 5-year deadline.

The first task once work on the cathedral itself resumes will be to remove the tangle of metal scaffolding that melted in the fire.

‘When that’s removed, we can say that the phase of making safe will have been completed,” said Chauvet.