Could The Coronavirus Be The End Of The European Union?

The outbreak of the coronavirus has ravaged the nations of the European Union, especially Italy and Spain. Instead of acting in concert to fight the virus, each nation in the EU has taken their own individual steps to contain the spread.

The European Union has endured numerous crises in the past decade, from the eurozone crisis to the migrant crisis to Brexit, but the coronavirus pandemic could cause an irreparable fracture within the union.

The coronavirus pandemic has compromised two important E.U. principles — collective action by all member states and the freedom of movement across all member states. (RELATED: Here’s A List Of The Strange Ways Countries Reacted To The Coronavirus)

The E.U. has weathered crises on the scale of coronavirus before. It was able to rally together and take unified action in the wake of the 2007-2008 financial crisis, but the fallout from that event has weakened the organization.

The eurozone crisis stemmed directly from the Great Recession. The European Central Bank adopted an interest rate that incentivized investors in Northern eurozone member states like Germany to lend to those in the South. At the same time, southern member states were incentivized to borrow because of low interest rates. The buildup in deficits for southern members that inevitably occurred caused those members to be unable to refinance or repay their accumulated government debt. Because of this, Spain, Portugal, Cyprus and Greece were bailed out by the European Central Bank, the International Monetary Fund and their northern E.U. neighbors.

The migrant crisis also tested the unity of the European Union. While some countries like Germany and Sweden welcomed migrants, others demurred. Hungary’s right-wing government refused to take migrants in, and the migrant crisis was one of the primary issues during the debate over Brexit. The continuing influx of migrants from the Middle East has caused unrest in Greece, where many are being held in large migrant camps. 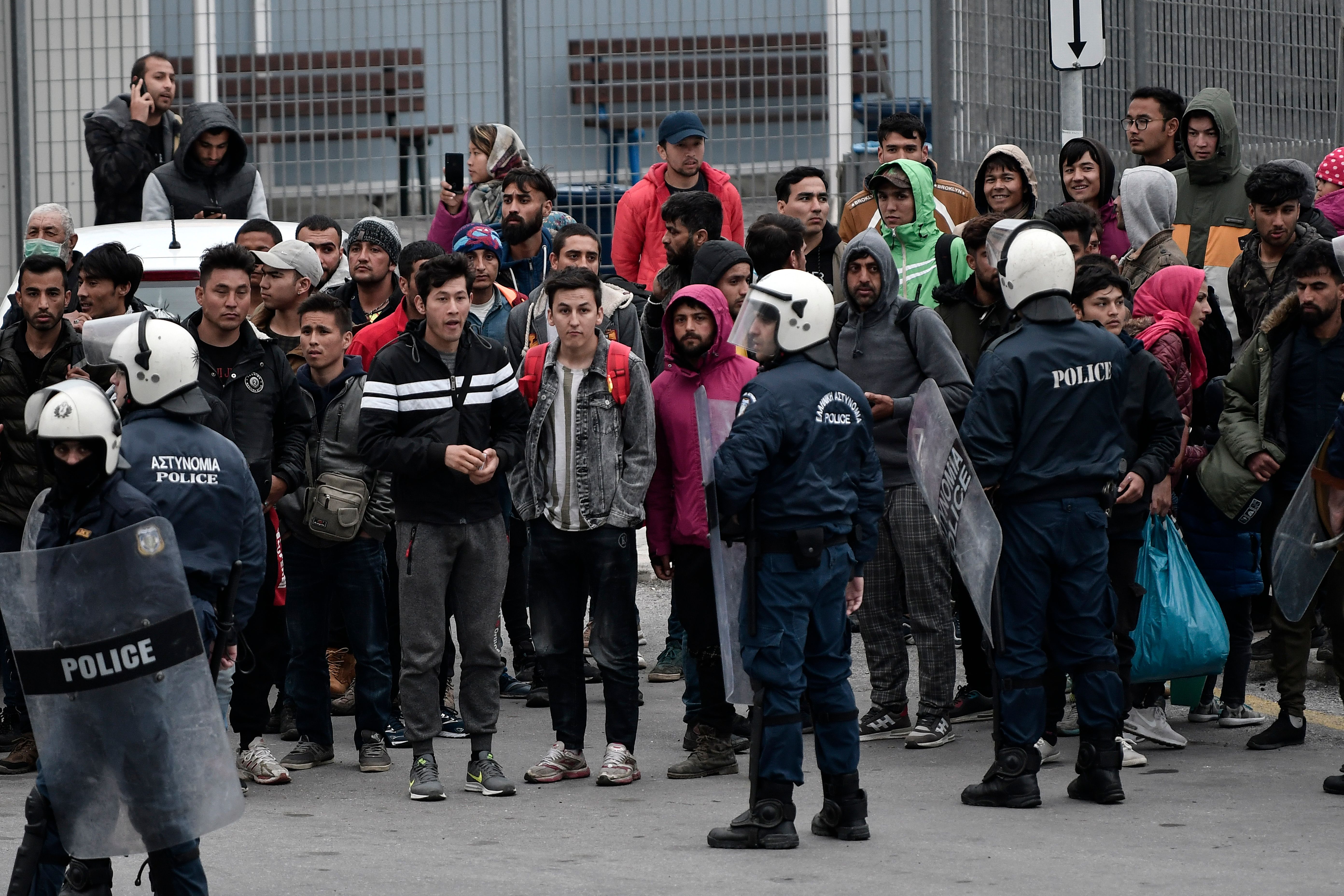 Those crises allowed for cooperative action between states, allowing the Union to pool its resources and deal with localized threats. However, coronavirus has effectively cut off the European states from each other as quarantine rules are passed and enforced. A problem in one country cannot be easily alleviated by collective aid from other members. E.U. officials in Brussels have desperately tried to organize some collective action. European Commission President Ursula von der Leyen announced in March an effort to limit the exportation of medical supplies from member states to countries outside the bloc. The effort would encourage internal trade within the Union and help members that have been particularly affected by the crisis, like Spain and Italy. However, Germany and France have requisitioned medical equipment for domestic use only, complicating any attempt at cooperation within the E.U. as a whole. Only after the threat of legal action did Germany lift its ban and prepare to send one million face masks to Italy.

The E.U. also announced a 30-day closure of the bloc’s external borders to prevent the entry of any foreign nationals who may have the coronavirus. Travel within the Union would still be unrestricted, but some member states had already begun to overturn the E.U.’s freedom of movement principle.

On March 16, Hungary closed its borders to slow the spread of coronavirus. Thousands of citizens from Balkan nations, who work chiefly in Germany and Austria, were prevented from returning to their home countries after they were called to return home to mitigate exposure to the virus. A massive traffic jam developed on the Austrian-Hungarian border until Hungary finally created a “humanitarian corridor” to allow the migrant workers through. A few days later Hungary completely closed its border again.

Within the Schengen Area, an area comprising 26 European Union member states — including Austria and Hungary, borders are not supposed to exist. Passports are not required to travel from one state to another within the area, and border control is supposed to be nonexistent to allow the complete freedom of movement within the European Union. The only E.U. members who are not part of the Schengen Area are Romania, Bulgaria, Croatia and Cyprus, but they are legally obligated to join in the future. 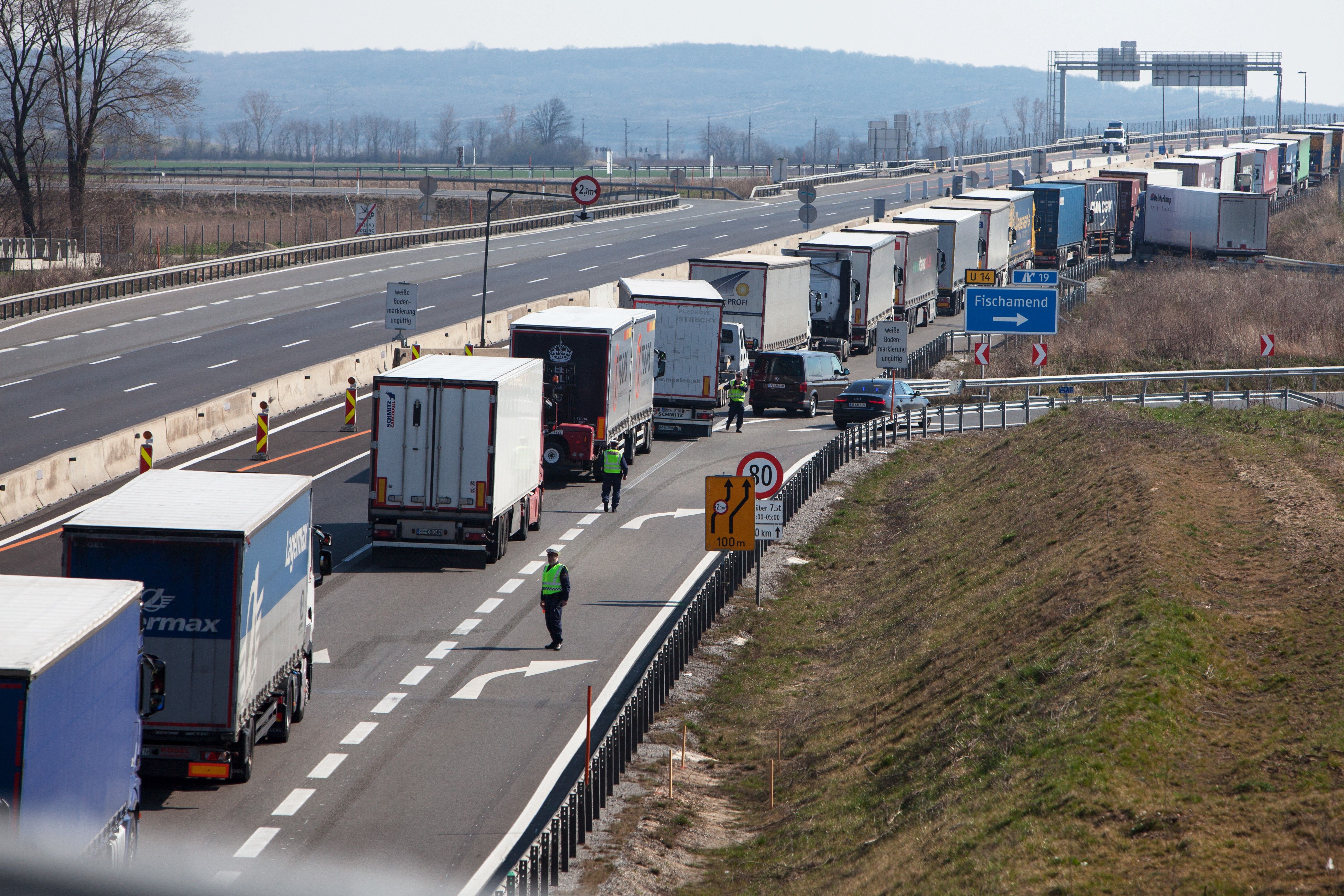 Trucks are stuck in a traffic jam at the Fischamend exit on the A4 motorway, some 50km before the Nickelsdorf border crossing on the Austrian-Hungarian border on March 18, 2020.(Photo by Alex Halada and ALEX HALADA / AFP) (Photo by ALEX HALADA/AFP via Getty Images)

Individual governments are allowed to initiate border controls if there is a “serious threat to public policy or internal security.” Individual nations have invoked this right — France utilized the provision in 2015 during the refugee crisis and after the Charlie Hebdo terrorist attacks — but it has never been implemented on such a wide scale before. Austria, Hungary, the Czech Republic, Switzerland, Poland, Lithuania, Germany, Estonia, Norway, Portugal and Spain have all brought back some form of border control to some or all of their borders since March 11.

These closures have hampered the already wavering European economy and have caused critical health care shortages in some countries. For example, Austria relies heavily on Romanians and Slovakians for nursing staff. Farm laborers in more industrialized Western European countries like Germany, France and the United Kingdom are largely drawn from the workforce in Eastern European E.U. member states. (RELATED: Trump Is Reportedly Working On A Covert Plan To Bring German Vaccine Tech To The US)

Even if the coronavirus does not mean the end of the European Union, it has revealed several cracks in the façade of an organization that touts cooperative action above all else. The crisis has shown that, for now, nation states concerned with the wellbeing of their own people within their own borders still prevail in Europe.