A dead 80-year-old man was found with “I touch little girls” written across his chest in black ink at an apartment in Staten Island, New York, Monday, the New York Post reported Tuesday.

The man’s identity was withheld until officials are able to contact his family about the death, according to the Post. He was found shirtless with two black eyes and cuts on his forehead in the first-floor hallway of an apartment on Monday morning, according to police.

“I take dolls in my room for girls age 1-5,” was found on his stomach and “I touch” was written across his right foot, police sources said, according to the Post. 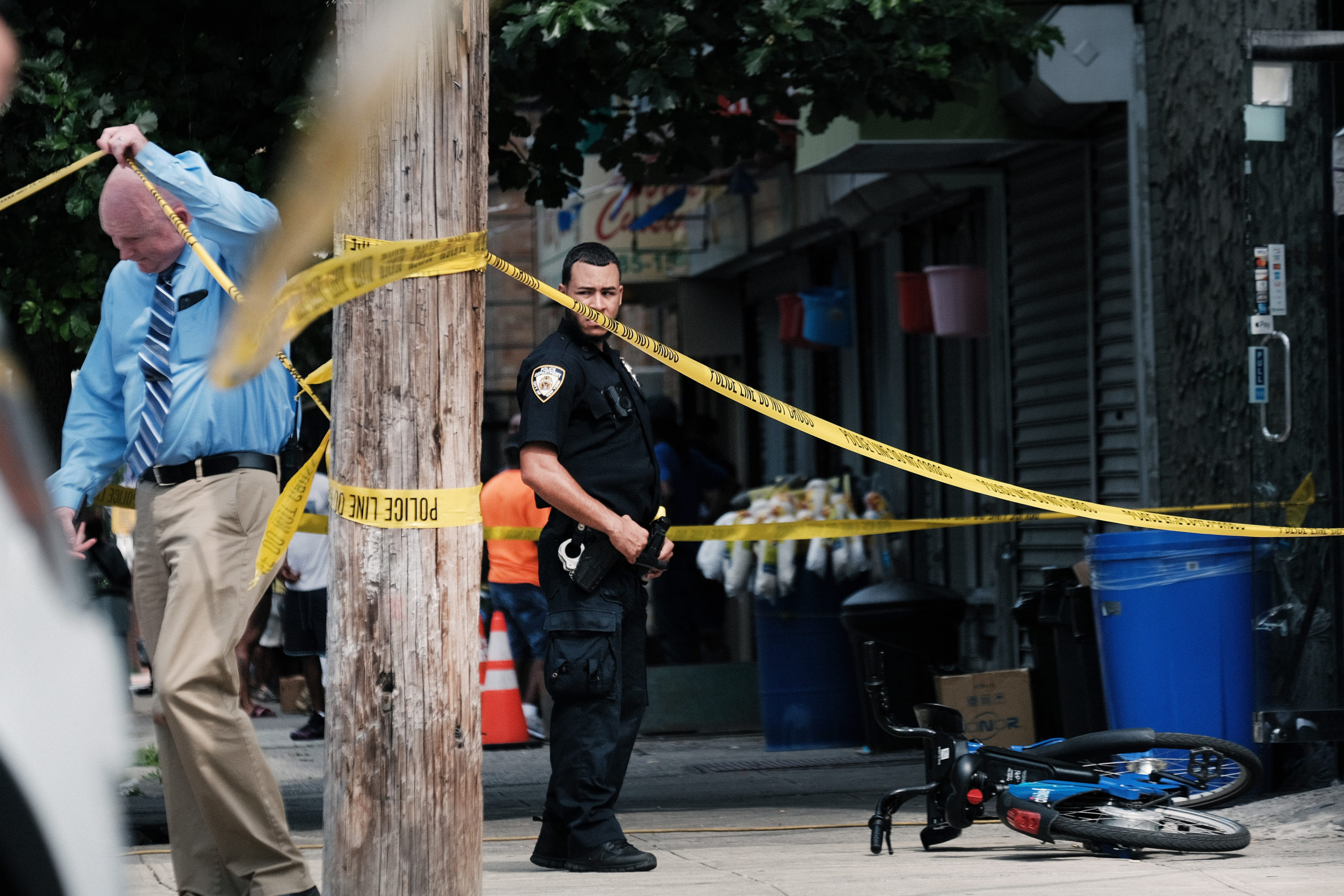 Police converge on the scene of a shooting in Brooklyn, one of numerous during the day, on July 14, 2021 in New York City. (Photo by Spencer Platt/Getty Images)

Law enforcement officials discovered the man after a 911 call reported an unconscious male in the apartment building at 256 Corson Avenue, a NYPD spokesperson told the Daily Caller News Foundation Tuesday. The man was pronounced dead at the scene.

The deceased had 24 prior arrests on his record, though none of them were related to pedophilia, according to the Post. His name was not on the state’s online registry of known sex offenders either.

Only four of the man’s 24 prior arrests were unsealed, including drug possession in 1996, an assault in 1992 and two assaults against a woman in 1987, the Post reported. (RELATED: Headless Body Pulled Out Of New York Bay)

The NYPD homicide unit is looking into the incident and a medical examiner will evaluate his cause of death, the NYPD spokesperson told the DCNF.