Dershowitz Loses It With The Controlled Media 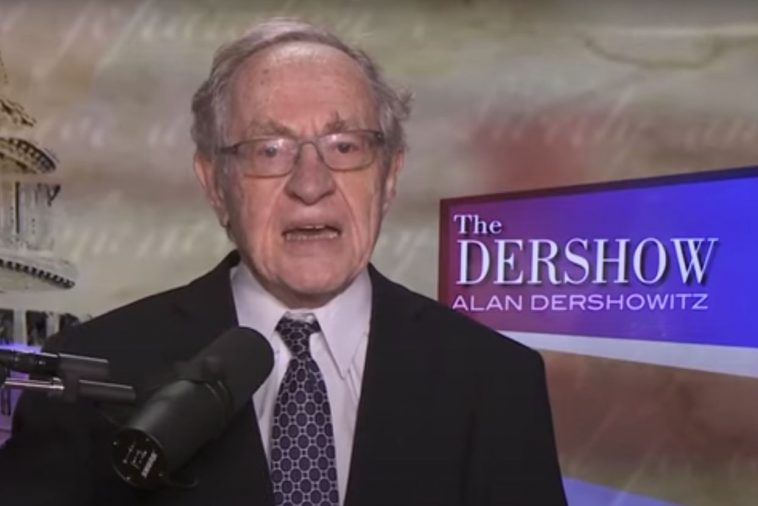 Alan Dershowitz may not be the most instantly likeable of people, even for a lawyer, but if you watch The Dershow on YouTube, you might grow to like him. Although a lifelong Democrat, he is also an uncompromising defender of both free speech and the Constitution. Free speech includes the freedom to lie, and the freedom of those exposing lies, which is what he did on January 28 when he slammed the PBS programme Frontline for selectively quoting Donald Trump on both the notorious Charlottesville incident and his words in Washington on January 6.

Dershowitz said he was shocked at what he saw. If he had been paying close attention to some of the lies and hate spewed out against Trump by the mainstream media since he announced his Presidential run, he wouldn’t have been shocked at all. Indeed, he has himself been the victim of a different type of calumny, by the former Virginia Roberts, a self-confessed child sex trafficker who seems to think her crimes don’t count because she was under eighteen and in the pay of the odious Jeffrey Epstein when she embarked on that short-lived career.

In 2019, Dershowitz published a book on the false allegations against him and others which he donated to the public domain. You can download it from the Internet Archive. And doubtless you will be hearing more from him over the coming months as the lies and gaslighting of Joe Biden (or whoever is pulling his strings) increase in their attempts to turn an already militarised America into an overt police state.