Did Bill Gates Just Reveal the Reason Behind the Lock-Downs?

Authored by Rosemary Frei via Off-Guardian.org:

On March 24 Bill Gates gave a highly revelatory 50-minute interview (above) to Chris Anderson. Anderson is the Curator of TED, the non-profit that runs the TED Talks.

The Gates interview is the second in a new series of daily ‘Ted Connects’ interviews focused on COVID-19. The series’s website says that:

TED Connects: Community and Hope is a free, live, daily conversation series featuring experts whose ideas can help us reflect and work through this uncertain time with a sense of responsibility, compassion and wisdom.”

Anderson asked Gates at 3:49 in the video of the interview – which is quickly climbing to three million views – about a ‘Perspective’ article by Gates that was published February 28 in the New England Journal of Medicine.

“You wrote that this could be the once-in-a-century pandemic that people have been fearing. Is that how you think of it, still?” queried Anderson.

“Well, it’s awful to say this but, we could have a respiratory virus whose case fatality rate was even higher. If this was something like smallpox, that kills 30 percent of people. So this is horrific,” responded Gates.

Gates reiterates the dire consequences for the global economy later in the interview.

“We need a clear message about that,” Gates said starting at 26:52.

“It is really tragic that the economic effects of this are very dramatic. I mean, nothing like this has ever happened to the economy in our lifetimes. But … bringing the economy back and doing [sic] money, that’s more of a reversible thing than bringing people back to life. So we’re going to take the pain in the economic dimension, huge pain, in order to minimize the pain in disease and death dimension.”

However, this goes directly against the imperative to balance the benefits and costs of the screening, testing and treatment measures for each ailment – as successfully promulgated for years by, for example, the Choosing Wisely campaign – to provide the maximum benefit to individual patients and society as a whole.

Even more importantly, as noted in an April 1 article in OffGuardian, there may be dramatically more deaths from the economic breakdown than from COVID-19 itself.

“By all accounts, the impact of the response will be great, far-reaching, and long-lasting,”

Kevin Ryan wrote in the article. Ryan estimated that well over two million people will likely die from the sequelae of the lock-downs and other drastic measures to enforce ‘social distancing.’

Millions could potentially die from suicide, drug abuse, lack of medical coverage or treatment, poverty and lack of food access, on top of other predictable social, medical and public-health problems stemming from the response to COVID-19.

Gates and Anderson did not touch on any of those sequelae. Instead, they focused on rapidly ramping up testing and medical interventions for COVID-19.

Gates said at 30:29 in the interview that he and a large team are moving fast to test anti-virals, vaccines and other therapeutics and to bring them to market as quickly as possible.

The Gates Foundation and Wellcome Trust with support from Mastercard and now others, created this therapeutic accelerator to really triage out [candidate therapeutics]…You have hundreds of people showing up and saying, ‘Try this, try that.’ So we look at lab assays, animal models, and so we understand which things should be prioritized for these very quick human trials that need to be done all over the world.”

Not long before that, on January 23, Gates’s organization the Coalition for Epidemic Preparedness Innovations (CEPI) announced it will fund three programs to develop COVID-19 vaccines. These are the advancing of DNA-vaccine candidates against MERS and Lassa fever, the development of a “‘molecular clamp’ platform” that “enables targeted and rapid vaccine production against multiple viral pathogens,” and the manufacture and Phase 1 clinical study of an mRNA vaccine against COVID.

“The programmes will leverage rapid response platforms already supported by CEPI as well as a new partnership. The aim is to advance nCoV-2019 vaccine candidates into clinical testing as quickly as possible,” according to a news release.

Then at 32:50 in the video, Anderson asked whether the blood serum from people who have recovered from a COVID infection can be used to treat others.

“I heard you mention that one possibility might be treatments from the serum, the blood serum of people who had had the disease and then recovered. So I guess they’re carrying antibodies,” said Anderson. “Talk a bit about that and how that could work and what it would take to accelerate that.”

[Note that Anderson did not ask Gates about, instead, just letting most of the population – aside from people most vulnerable to serious illness from the infection, who should be quarantined — be exposed to COVID-19 and as a result very likely recover and develop life-long immunity. As at least one expert has observed, “as much as ninety-nine percent of active cases [of COVID-19] in the general population are ‘mild’ and do not require specific medical treatment” to recover.]

“This has always been discussed as, ‘How could you pull that off?’” replied Gates. “So people who are recovered, it appears, have very effective antibodies in their blood. So you could go, transfuse them and only take out white cells, the immune cells.”

However, Gates continued, he and his colleagues have dismissed that possibility because it’s “fairly complicated – compared to a drug we can make in high volume, you know, the cost of taking it out and putting it back in probably doesn’t scale as well.”

Then a few seconds later, at 33:45, Gates drops another bomb:

We don’t want to have a lot of recovered people […] To be clear, we’re trying – through the shut-down in the United States – to not get to one percent of the population infected. We’re well below that today, but with exponentiation, you could get past that three million [people or approximately one percent of the U.S. population being infected with COVID-19 and the vast majority recovering]. I believe we will be able to avoid that with having this economic pain.”

It appears that rather than let the population be exposed to the virus and most develop antibodies that give them natural, long-lasting immunity to COVID-19, Gates and his colleagues far prefer to create a vast, hugely expensive, new system of manufacturing and selling billions of test kits, and in parallel very quickly developing and selling billions of antivirals and vaccines.

And then, when the virus comes back again a few months later and most of the population is unexposed and therefore vulnerable, selling billions more test kits and medical interventions.

Right after that, at 34:14, Gates talked about how he sees things rolling out from there.

Eventually what we’ll have to have is certificates of who’s a recovered person, who’s a vaccinated person […] Because you don’t want people moving around the world where you’ll have some countries that won’t have it under control, sadly. You don’t want to completely block off the ability for people to go there and come back and move around. So eventually there will be this digital immunity proof that will help facilitate the global reopening up.”

[Sometime on the afternoon of March 31 the last sentence of this quote was edited out of the official TED video of the interview. Fortunately, recordings of the complete interview are archived elsewhere.]

In the October 2019 Event 201 novel-corona virus-pandemic simulation co-sponsored by the Bill & Melinda Gates Foundation, the World Economic Forum and a division of the Johns Hopkins Bloomberg School of Public Health, a poll that was part of the simulation said that 65% of people in the U.S. would be eager to take a vaccine for COVID-19, “even if it’s experimental.”

This will be tremendously lucrative.

Vaccines are very big business: this Feb. 23 CNBC article, for example, describes the vaccine market as six times bigger than it was 20 years ago, at more than $35 billion annually today, and providing a $44 return for every $1 invested in the world’s 94 lowest-income countries.

Notably, the Bill & Melinda Gates Foundation – which has an endowment of $52 billion – has given more than $2.4 billion to the World Health Organization (WHO) since 2000, according to a 2017 Politico article. (While over the same time frame countries have reduced their contributions to the world body, particularly after the 2008-2009 depression, and now account for less than one-quarter of the WHO’s budget.) The WHO is now coordinating approximately 50 groups around the world that are working on candidate vaccines against COVID-19.

The Politico article quotes a Geneva-based NGO representative as saying Gates is “treated liked a head of state, not only at the WHO, but also at the G20,” and that Gates is one of the most influential people in global health.

Meanwhile, officials around the world are doing their part to make sure everyone social distances, self-isolates and/or stays locked down.

“We find ourselves in the midst of a global pandemic. We should expect some more people will get sick – and for some, sadly, will die. This is why it is so important to stay at home to reduce virus spread. And to protect front-line workers, healthcare workers and our essential workers, so they can continue to protect us. People shouldn’t have to die, people shouldn’t have to risk death taking care of us because others won’t practice social distancing or physical distancing.”

This was on Friday, March 27, just before the start of that day’s daily press conference by Dr. Williams and Ontario’s Associate Medical Officer of Health Dr. Barbara Yaffe: 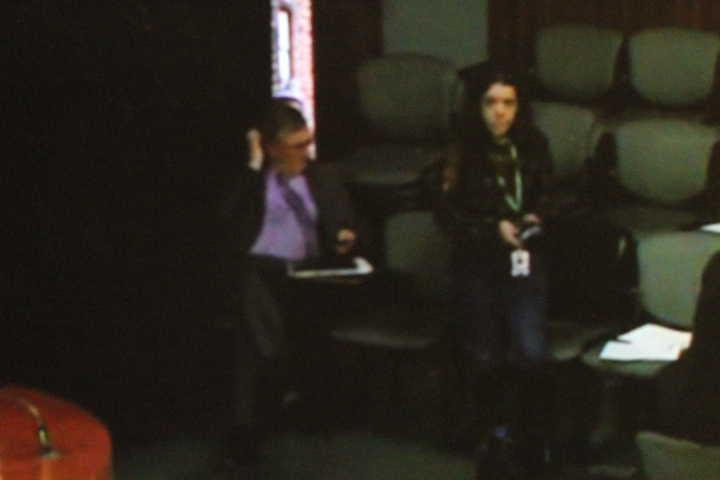