A strong earthquake struck Greece on Wednesday causing significant damage to building as shaking was reported to have reached the Balkan region of Europe, the Associated Press reported.

The earthquake, which has a preliminary magnitude of 6.3 on the Richter scale, hit central Greece at around 12:15 p.m. local time on Wednesday, which caused some significant damage to nearby buildings, the Associated Press reported.

Elassona Mayor Nikos Gatsas told state broadcaster ERT that walls of aging houses had collapsed in nearby villages closest to the epicenter, the Associated Press reported. A school building in one village had also sustained damage, but all of the students inside were able to evacuate safely.

#UPDATE A strong 6.3-magnitude earthquake has rocked central Greece, damaging several buildings, including schools, and prompting residents near the epicentre to rush into the streetshttps://t.co/VWACag2J7t

Shaking was also reported in the Balkan region of Europe, with reports of tremors being felt in the capitals of Albania and North Macedonia, the Associated Press reported. There were no immediate reports of damage from any country that felt the earthquake. (RELATED: 4.2 Magnitude Earthquake Rattles Oklahoma Near Kansas Border)

After the earthquake, numerous aftershocks also stuck the area with one being estimated at 5.0 on the Richter scale, the Associated Press reported. 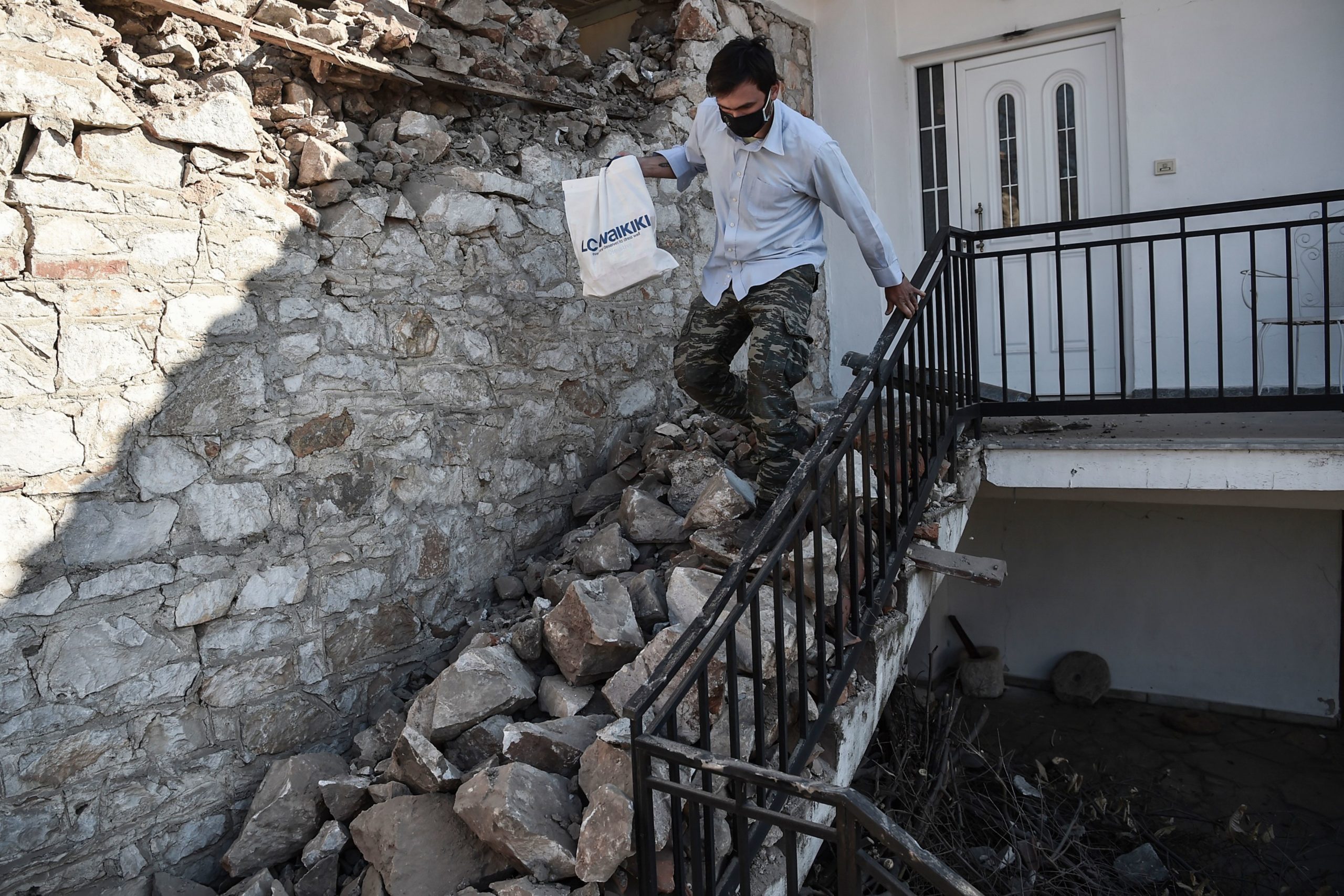 A man carries his belongings from a damaged house in the village of Damasi, near the town of Tyrnavos, after a strong 6,3-magnitude earthquake hit the Greek central region of Thessaly. – A strong 6.3-magnitude earthquake hit central Greece on March 3, damaging several buildings, including schools, and prompting residents near the epicentre to rush into the streets. According to the Athens observatory, the epicentre of the quake was 21 kilometres (13 miles) south of the town of Elassona, near Larissa and was eight kilometres deep. (Photo by Sakis MITROLIDIS / AFP) (Photo by SAKIS MITROLIDIS/AFP via Getty Images)

There have been no reports of injuries stemming from the earthquake, the Associated Press reported. It is unclear if authorities are expecting that number to increase as debris is cleaned.

In December of 2020, a 6.2 earthquake struck the city of Zagreb in Croatia, damaging several cities and killing at least two.

In October, a 7.0 magnitude earthquake hit Turkey and Greece, causing numerous buildings to collapse and spawning a small tsunami that killed one additional person. The quake reportedly killed 104 people and injured and trapped more than 1,000 others.