A man was arrested in India after allegedly beheading his 17-year-old daughter in what appears to be an honor killing, numerous sources reported.

Sarvesh Kumar was reportedly captured in a video by police walking toward a police station in the Indian state of Uttar Pradesh, carrying his daughter’s severed head, the BBC reported.

#UttarPradesh man cuts off daughter’s head, tries to take it to police station

The man reportedly said he had discovered his daughter was in a relationship with a man he did not like, and was angered. When he found her alone at home, he locked her in a room and beheaded her. He told police the body and the sharp object he used to kill his daughter were left “in the room,” according to the BBC. (RELATED: Indian Christian Murdered In Caste-Motivated ‘Honor Killing’)

“I did it. There was no one else,” he reportedly said in the video, according to Fox. “I closed the latch and did it. The body is in the room.”

A policeman was suspended after he was seen in a photograph inappropriately carrying the severed head.

An honor killing is an “act of violence, usually murder, committed by male family members against female family members who are perceived to have brought dishonor upon the family by being romantically involved with or choosing to marry men outside their caste, class or religion,” according to Human Rights Watch. 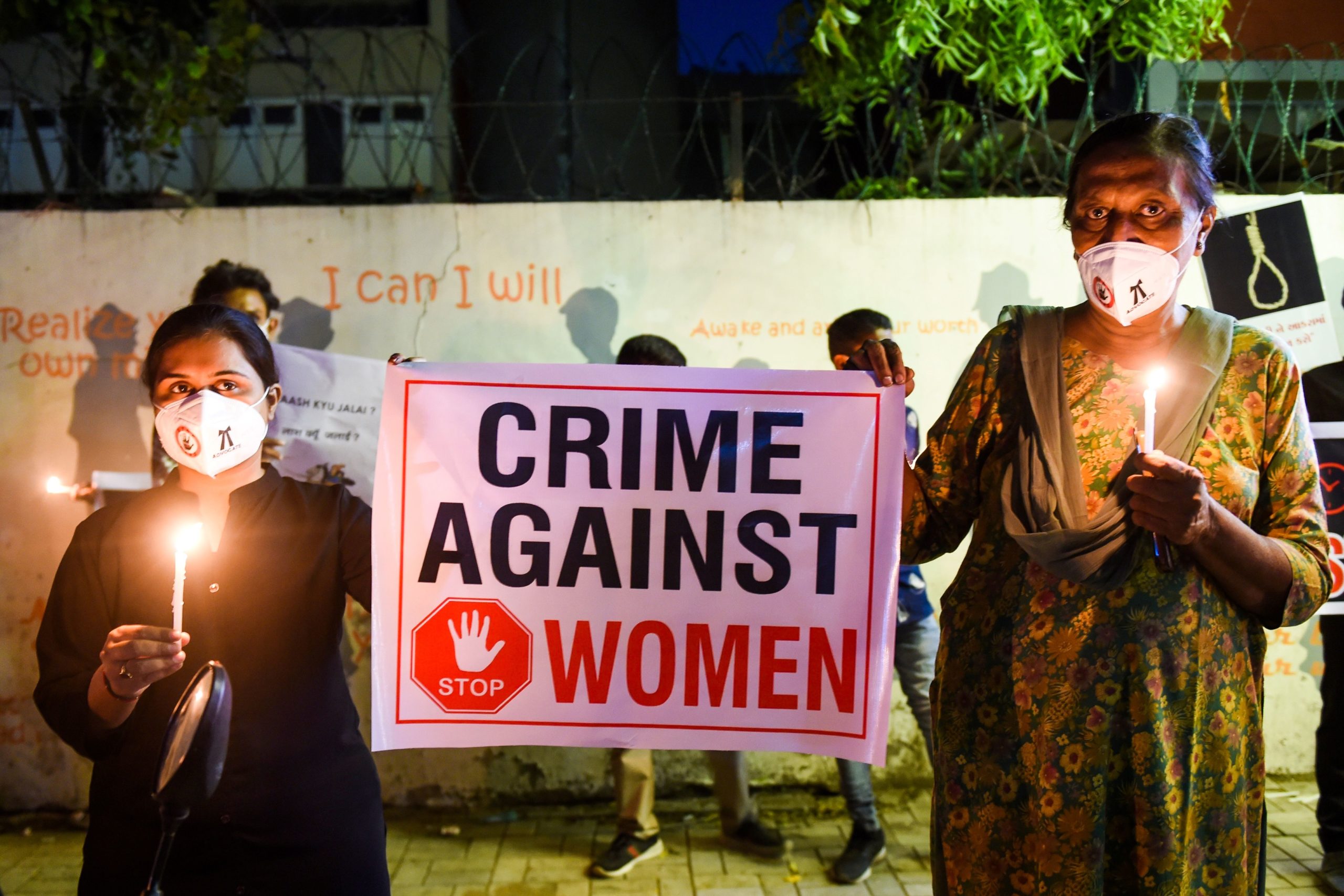 Lawyers display a placard to condemn the alleged gang-rape and murder of a low-caste teenaged woman in Uttar Pradesh state during a candlelight vigil in Ahmedabad on October 6, 2020. (Photo by Sam PANTHAKY / AFP) (Photo by SAM PANTHAKY/AFP via Getty Images)

In 2019, a 16-year-old girl was dismembered and mutilated by her family in a case that was said to have been an honor killing, the Guardian reported. A year prior, a man in Hyderabad attacked his daughter and son-in-law with a machete over their inter-caste marriage, according to the Times of India.