A food and beverage factory in Bangladesh caught fire Friday resulting in the deaths of at least 52 people, the Associated Press reported.

The fire began Thursday at the Hashem Foods Ltd. factory outside the Bangladesh capital of Dhaka, according to the Associated Press. Though it’s unclear how the blaze began, workers were trapped inside the factory by an illegally locked door, leading to some workers jumping from the upper floors of the six-story building, authorities told AP.

Fire officials have not yet searched the top two floors of the building, an official told AP. (RELATED: Another ‘Accident’ At Iranian Nuclear Facility Forces Emergency Shutdown) 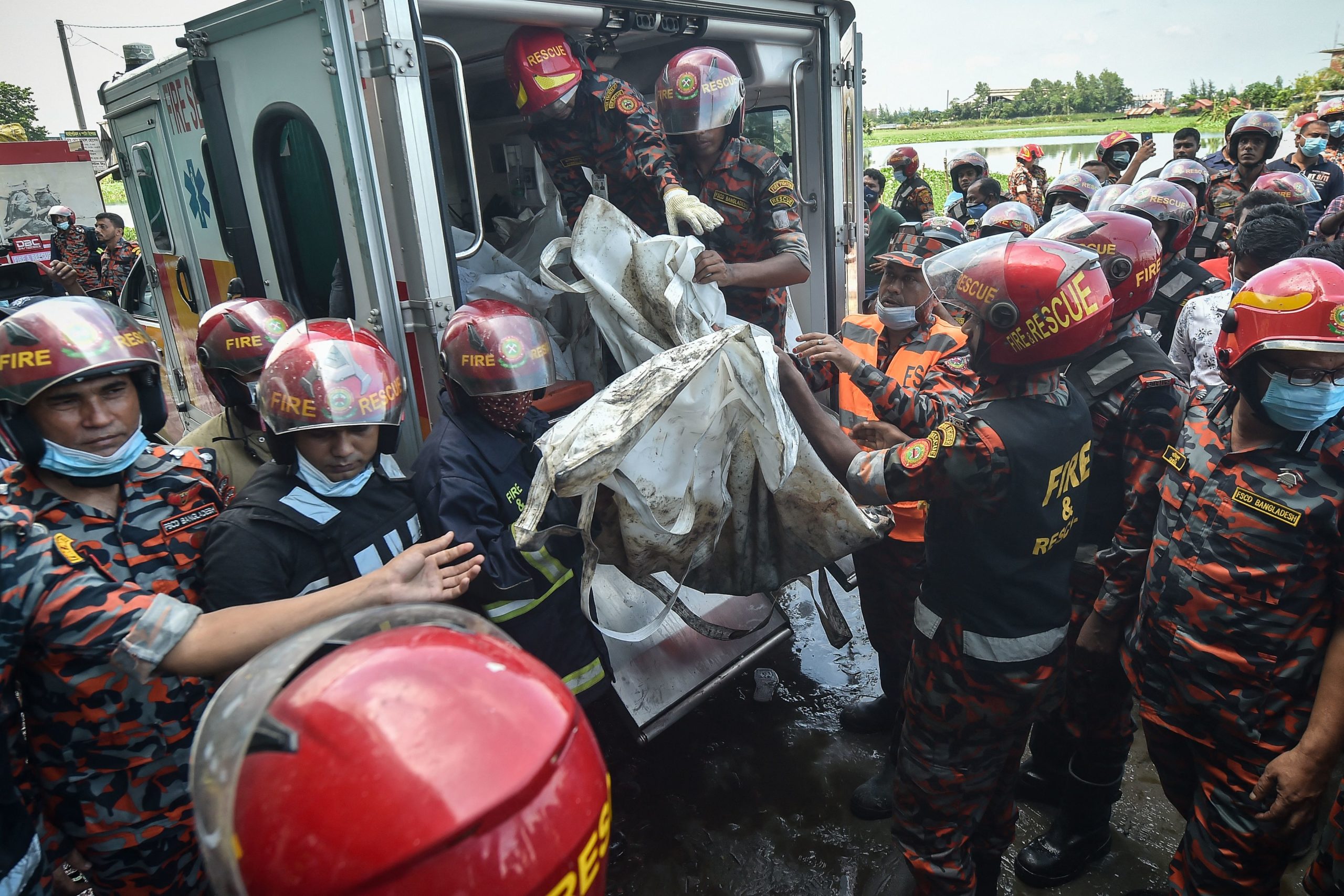 Firefighters and rescue workers recover bodies of the deceased who died in the fire. (MUNIR UZ ZAMAN/AFP via Getty Images)

“The death toll might go up as the search operation is still ongoing on the fifth and sixth floors of the building,” Deputy Inspector General of the Dhaka police Habibur Rahman told United News of Bangladesh.

The main exit of the factory was locked from the inside, deputy director of the Fire Service and Civil Defense Debasish Bardhan told AP, trapping many of the workers inside.

Bangladesh President Abdul Hamid reportedly expressed shock and sorrow over the accident, praying for the families of the dead. The government ordered an investigation into the cause of the fire, according to AP.

Bangladesh has experienced several recent industrial and infrastructural accidents, with a ferry collision in April killing 25 and a gas explosion in September 2020 killing 16. The country faced scrutiny from the International Labour Organization for its health and safety standards after a garment factory collapsed in 2013, killing over 1,100.