A former employee of the Cleveland Clinic Foundation was arrested after omitting affiliations and millions in funding from Chinese universities while accepting American grant money, the Justice Department announced Thursday.

Dr. Qing Wang was arrested and charged with false claims and wire fraud after knowingly omitting affiliations with a Chinese university and accepting $3 million in research funding from China while also accepting $3.6 million in funding from the National Institutes of Health, a U.S. government agency, according to the Justice Department’s statement.

Wang, who used to work for the Cleveland Clinic Foundation — a non-profit academic medical center — also held the position of Dean of the College of Life Sciences and Technology at the Huazhong University of Science and Technology, which is located in Wuhan, China.

Wang is accused of obscuring his affiliations with Chinese government entities, leading the NIH to approve grant fundings to Wang and his research group at the Clinic. 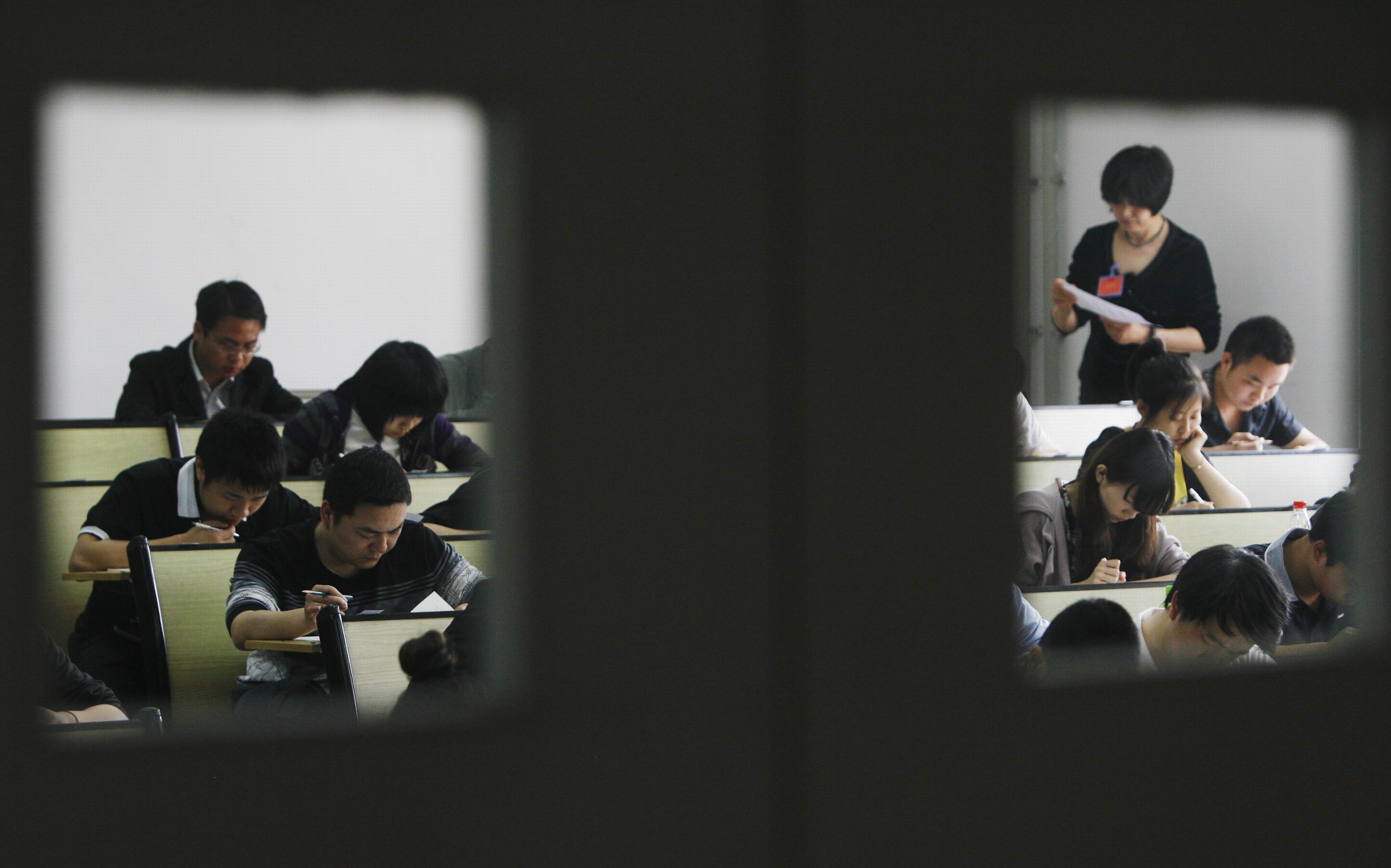 People take part in the civil service examination at Huazhong University of Science and Technology on April 24, 2011 in Wuhan, Hubei Province of China. (Photo by VCG/VCG via Getty Images)

Authorities also allege that Wang participated in the Thousand Talents Program, a Chinese-government talent recruitment program that in some cases has resulted in violations of U.S law, including espionage, theft of trade secrets and grant fraud.

Due to his admission into the program, Wang received $3 million in research funding from China to enhance the facilities at the Chinese university where he served as a dean.

While receiving NIH funding, the Chinese government also provided Wang with free accommodations like travel and lodging for his trips to China, which included a three-bedroom apartment on campus for his own personal use.