Georgia’s attorney general has asked state law officers to investigate allegations of misconduct by local prosecutors in the Ahmaud Arbury murder case and has appointed a new prosecutor to the case, the Associated Press reported Tuesday.

The Georgia Bureau of Investigation announced Tuesday that Attorney General Chris Carr requested the investigation of how the district attorney offices in Brunswick and Waycross handled the Feb. 23 killing of Ahmaud Arbury, the Associated Press reported.

Brunswick and Waycross Counties’ district attorneys had recused themselves from the case due to conflicts of interest created by Gregory McMichael’s position as a former investigator in the Brunswick district attorney’s office. The elder McMichael and his son Travis McMichael were charged with felony murder and aggravated assault in the case.

“Unfortunately, many questions and concerns have arisen regarding, among other things, the communications between and actions taken by the District Attorneys of the Brunswick and Waycross Circuits. As a result, we have requested the GBI to review in order to determine whether the process was undermined in any way,” Carr said in a statement Tuesday according to the Associated Press. 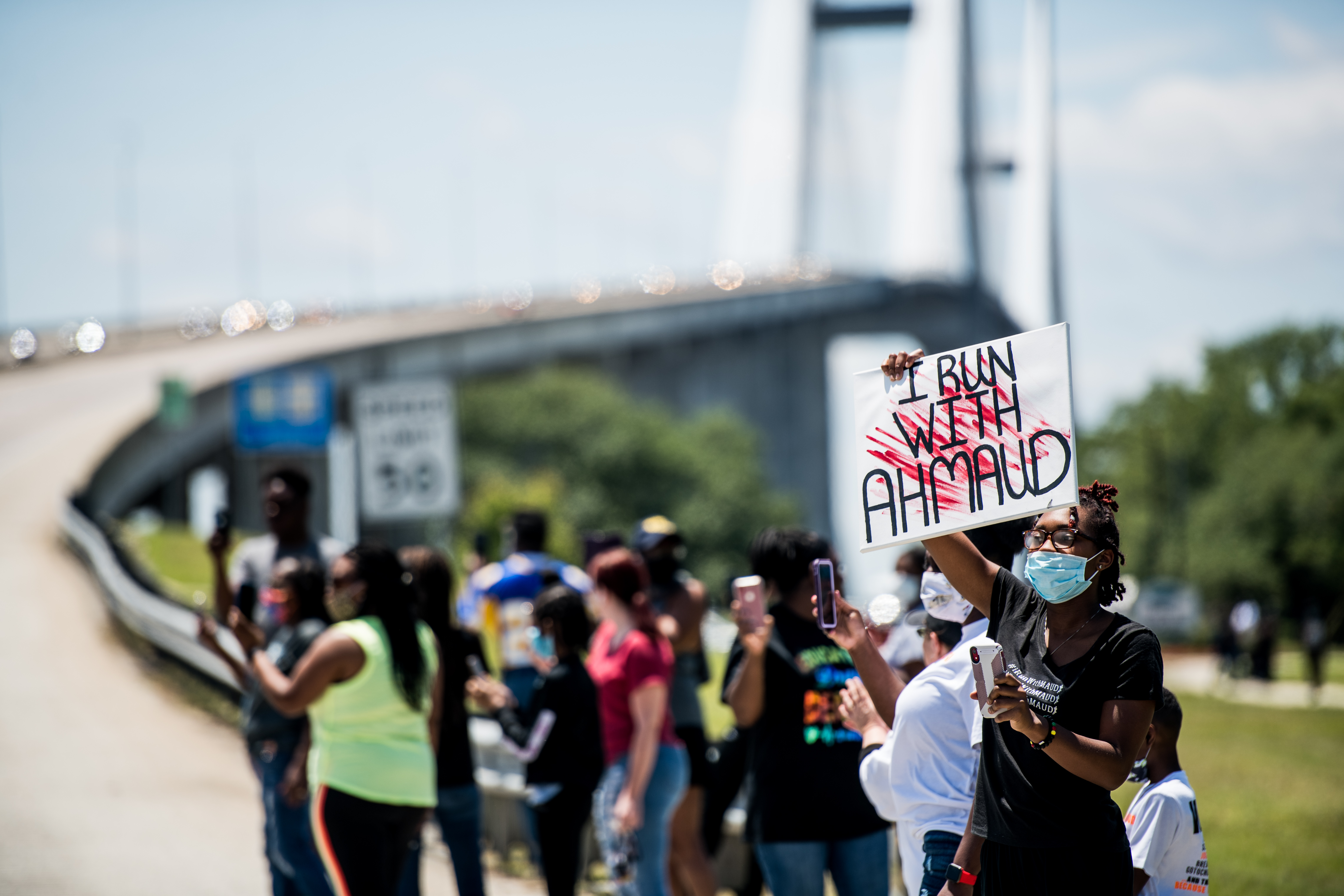 Demonstrators watch a parade of passing motorcyclists riding in honor of Ahmaud Arbery at Sidney Lanier Park on May 9, 2020 in Brunswick, Georgia. (Photo by Sean Rayford/Getty Images)

The killing was caught on a video that emerged the week of May 4, creating nationwide outrage. Coronavirus restrictions and conflicts of interest delayed the case from February, and the two men were arrested May 7.

Carr appointed a black district attorney from suburban Atlanta to take over the case Monday, making her the fourth prosecutor in charge of the case.

Cobb County District Attorney Joyette M. Holmes takes over the case from prosecutor Tom Durden, who asked to be replaced by a prosecutor with a large staff as the case has grown in size, according to the Associated Press.

Carr also asked federal authorities to investigate how local police and prosecutors handled the case. The Justice Department is considering whether to pursue federal hate crime charges in the case, which would allow for a separate federal case against the two men. (RELATED: Justice Department Considering Whether To Pursue Hate Crime Charges In Ahmaud Arbery Murder Case)

District Attorney Holmes is a respected attorney with experience, both as a lawyer and a judge,” Carr, a Republican, said in a statement. “And the Cobb County District Attorney’s office has the resources, personnel and experience to lead this prosecution and ensure justice is done.”

An attorney for Arbery’s father, Marcus Arbery, applauded the appointment of a new lead prosecutor, saying “it is imperative that the special prosecutor has no affiliation with the Southeast Georgia legal or law enforcement communities.”