The European nation’s Justice Ministry said that the legislation would apply to companies that employ more than 2,000 people, are publicly traded and have executive boards with more than three executives, according to The Associated Press. If passed by Germany’s parliament, about 70 companies, nearly 30 of which have no women serving on their boards, would need to hire a woman to serve on their executive boards.

“We are finally giving qualified and motivated women the opportunities they deserve at management level,” Justice Minister Christine Lambrecht said in a statement, The AP reported. (RELATED: Germany And Europe Are Prepared ‘To Take On More Responsibility,’ Merkel Tells Biden) 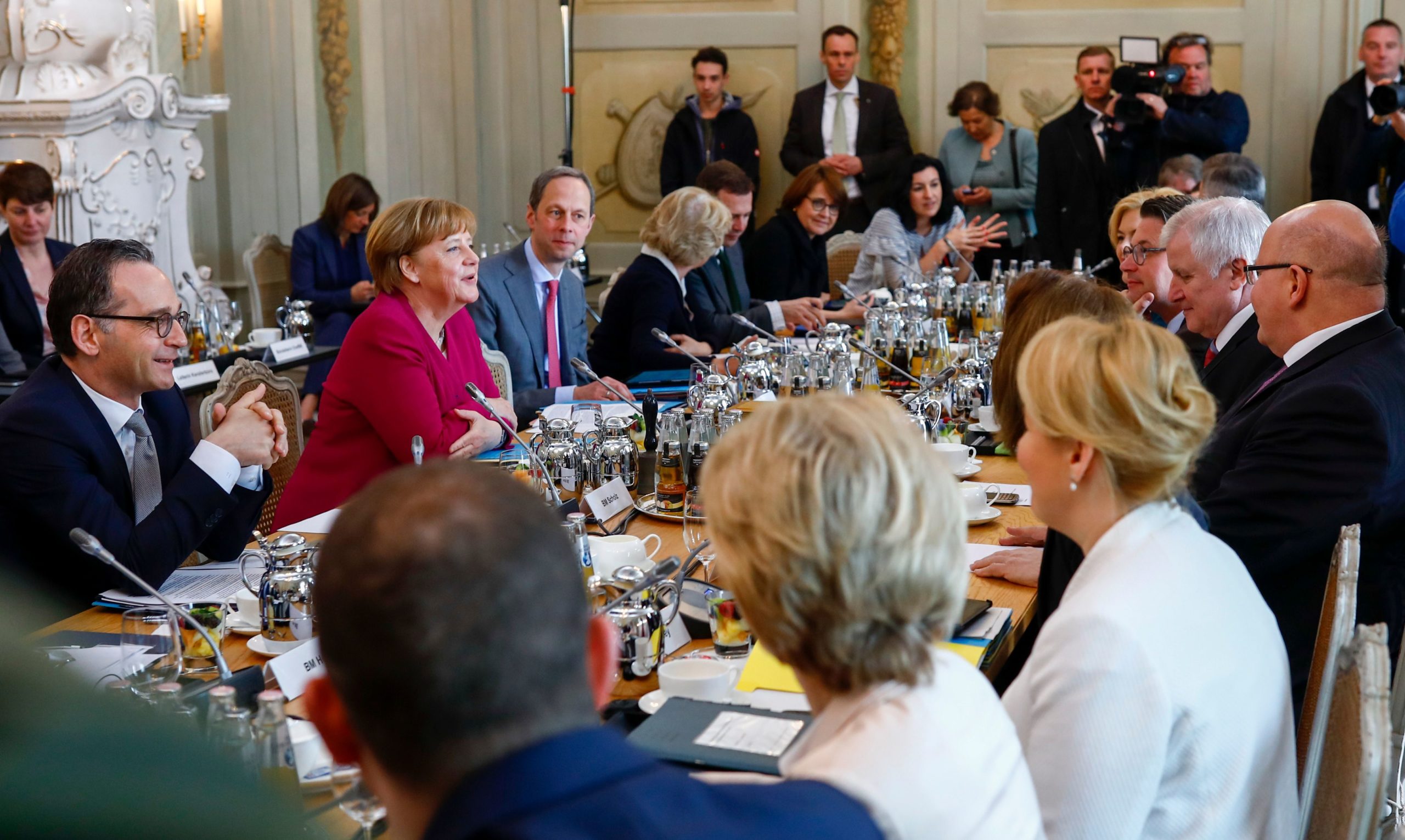 German Chancellor Angela Merkel sits among members of the government ahead of a cabinet meeting on April 11, 2018. (Axel Schmidt/AFP via Getty Images)

The German government also announced plans to hire at least one woman to the boards of companies, which it owns a majority stake in, according to The AP. The national railway operator and air traffic control agency are among the roughly 90 companies the government is a majority stakeholder of.

Germany has previously approved various pieces of gender equality legislation. In 2015, the government passed two bills: one that required public employees to “promote” such equality and another that mandated that women make up at least 30% of large companies’ supervisory boards.

In 2017, the German government passed a gender pay equality act.

Lambrecht stated Wednesday that the government’s previous legislation proved that gender equality rules work, according to The AP.

“They change not just the composition of leadership bodies, but also have an effect on the whole company culture,” she said of gender equality legislation.

German Chancellor Angela Merkel said in March that more remains to be done to improve gender equality in the country, according to DW News.