Karl Marx formed the terms socialism and communism. Both terms present political systems in which the society owns the means of production, but there are differences. Vladimir Lenin presented them by the sentence: the goal of socialism is communism. 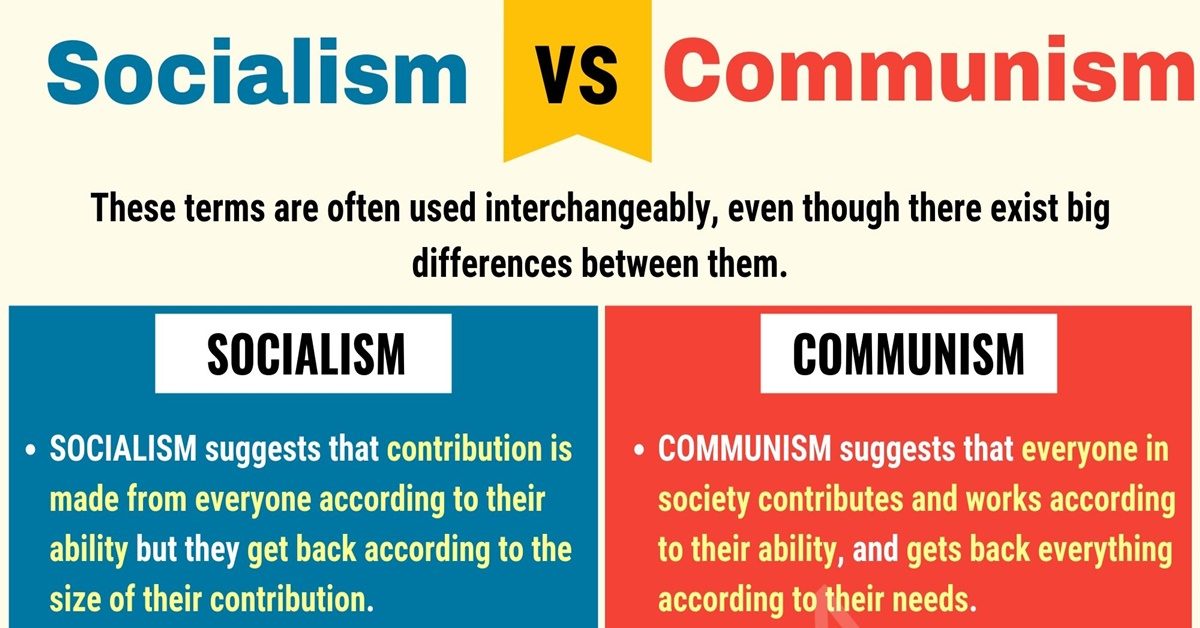 The problem is Karl Marx and his most prominent students: Vladimir Ilyich Lenin, Joseph Vissarionovich Stalin, Mao Zedong, and Fidel Castro ultimately failed to build socialism and communism even in theory. Their work in the field is a complete failure from the beginning and must not be considered seriously as a solution for humankind.

I have concluded that the prime condition for building socialism must be the equal rights of people. Marx and Lenin initially intended to build socialism based on equal human rights, but they did not succeed in it. Lenin tried to implement equality among people right from the beginning of the revolution, but his attempt experienced such difficulty that he gave up on equal rights of people and took control over the people. The rest of the socialist leaders followed suit. It was precisely where everything went wrong with socialism and communism.

In the article Good Socialism, I have presented a breakthrough on how to build socialism based on equal human rights. Among other things, people will directly decide how much of their incomes they would like to assign for taxes. The average value of all decisions of all of the individuals will determine the tax percentage people need to pay. The people will directly allocate the tax money for the collective consumption of the people. This is a fundamental policy change because collective consumption can no longer deviate from the needs of people.

In communism, people will need to allocate all their incomes for taxes by their free will. Then all of the goods and services will be available free of charge to all of the people. Technically speaking, if some people refuse to allocate their gross salaries for taxes, all the people will still receive some income, and some of the goods and services will be charged. This would still be socialism and not communism.

I know, people believe that communism is not possible to realize due to the weaknesses of human nature. This is false. Money is a real need in a scarcely supplied society. The elite have raised the value of money much more than it objectively deserves because by having money while people don’t, they get the power in society.  Socialism will significantly change it. It will increase production and workers’ salaries, bringing abundant consumption to everyone. In such a society, the money will lose its mystified value. In a highly developed world, money will lose value completely.

I’ll give one present-day example which shows that money may lose the value in favour of new values. Singers used to earn money by selling their songs on the market. Now songs are available free of charge everywhere. Today singers don’t measure their success by making money, but primarily by the number of streams and likes, they receive in social media such as YouTube. The more visitors and likes they receive, the more famous they are. It seems fame has become more valuable than money.

In socialism, the open work competition will bring the best worker to every public workplace.  The market will balance the need for all jobs. Every job will bring honourable fame. Then being a famous singer will be nothing better than being a famous driver or teacher. This “fame” will become more valuable to workers than money. Yes, one day, values of work and production abundance will reduce the importance of money. One day people will allocate all the payment from their salaries to collective consumption making all the products and services free of charge.

Money has functions such as a measure of values, exchange of values, and store values. Socialism will not ignore them. Money functions will be transformed into new forms, which will bring new values to people, such as fame. One purpose of money will probably remain, which will coordinate the production processes with the needs of people through direct democracy. It will determine people’s needs and coordinate production to satisfy their needs free of charge.

The political and economic model I have proposed will improve the efficiency and stability of production, introduce justice into the process of production and distribution, and provide significantly higher consumer advantages to all members of society. By accepting it, and thereby ushering in equal rights and powers in society, people will become genuinely equal.

In general, the new system will rid the people of authoritative pressure and give them the freedom to follow their interests, while at the same time driving people to mutual respect. Such experiences will demystify the values imposed by authorities. They will teach people to live following their proper nature, which will, in turn, free them from all types of alienation imposed by authorities through the history of humankind.

Furthermore, the system will teach people to set their needs according to the ability to satisfy them. This is the chief prerequisite for overcoming destructiveness in society because people who permanently meet their needs are not destructive. The proposed system promises a natural, harmonious and highly prosperous development of society.

The new system will bring people the freedom to learn what their real values are and how to get closer to their nature. They will begin to understand that work itself is a great value; individual to individual is a prime value, while goods will lose their alienated value. Once this is accepted, they would also understand that collective consumption is the most rational consumption, and they will be willing to allocate all their incomes directly towards taxes, causing all goods and services to be available free of charge while establishing the most stable and rational democratically planned economy.

This is communism, the best social system possible. This is what Marx desired but was not able to define – a flourished society.

The new system will eliminate alienation and establish natural relationships in society. The system will overcome antagonism among the people as the result of alienated needs, values, and actions. The highest value of the proposed socio-economic system lies in the possibility of creating natural and harmonious social relations that will form natural needs and values.

The people will have much more free time to dedicate to themselves, society, nature, work, arts, science, culture, philosophy, sports, entertainment, relaxation, etc. Once individuals stop creating needs by comparing themselves with other individuals, they will come closer to their nature and will form a kind of connection with the environment and society that suits their lives the best.

Once the people have come to know their paths, they will not have to go anywhere in search for what they need, because all they need will be in their immediate environment, or even closer – in themselves. The most critical reach of the individual’s creation is them themselves. People get to know and develop themselves, their ideas and feelings. The more they get to know themselves, the more capable they are of building harmony with the environment. The closer they can come to another individual, the more easiness of living they can find.

Equal human rights will give the best life possible even to those who have all of the power today. In communism, people will have the best chances to realize a long and good quality of life.

Communism is the final result of equal human rights. It will bring freedom, justice, love, peace, wisdom, and joy for people unconditionally. Please follow these links; they explain how to achieve these goals. Also, I have presented the complete results of equal human rights implementation in the scientific book Humanism – A Philosophic-Ethical-Political-Economic Study of the Development of the Society. This is the most important book ever written, and it will stay the most important book because it will eliminate social problems forever. It is available free of charge in the link above.

Finally, I wrote the screenplay Good Communism. By reading this story, everyone will be able to understand how good communism should look. It is a comedy presenting people from today’s world who accidentally arrive in another world, in heaven, which is, in fact, communism. The movie makes fun with the people who bring there the values they accepted in today’s world and teaches them where real values are. I guarantee you will enjoy reading it, but also, the movie is based on pure science so that you will get to know how a bright future of humankind is going to look.