Current Washington Governor Jay Inslee said during the Democratic Debate, that he approaches questions about America’s racial divide with “humility,” because he’s never been a “black teenager.”

“You know, I approach this question with humility because I have not experienced what many Americans have,” said Inslee. “I’ve never been a black teenager pulled over in a white neighborhood.” (RELATED: Joe Biden Comes Out Swinging On Kamala Harris’s Health Care Plan) 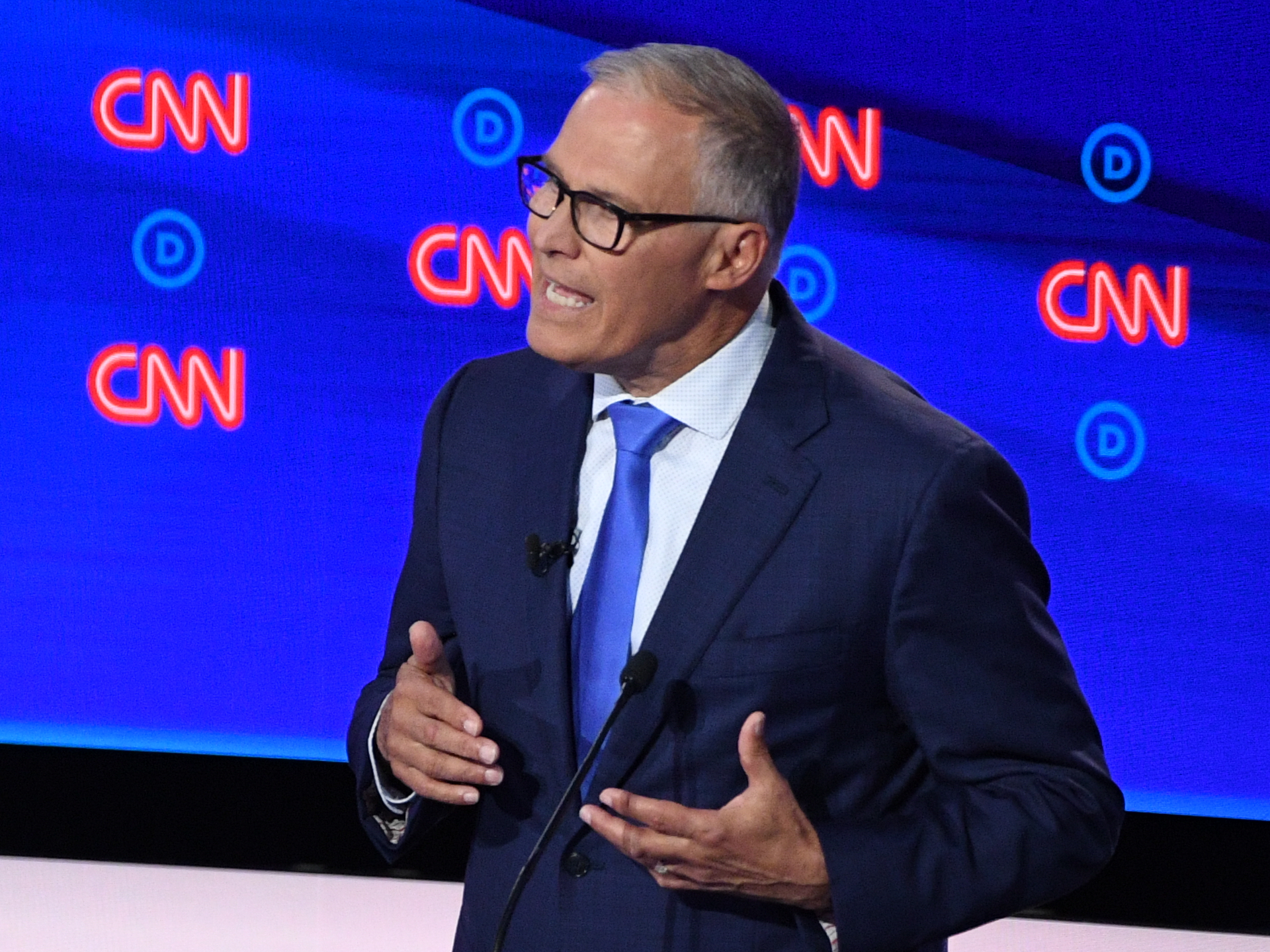 Democratic presidential hopeful Governor of Washington Jay Inslee gestures as he speaks during the second round of the second Democratic primary debate of the 2020 presidential campaign season hosted by CNN at the Fox Theatre in Detroit, Michigan on July 31, 2019. (Photo by Jim WATSON / AFP)

The governor added, “I’ve never been a woman talked over in a meeting. I’ve never been an LGBTQ member subjected to a slur. And so I have believed I have an added responsibility, a double responsibility to deal with racial disparity. And we’ve talked about the way we do it including ending the school to prison pipeline in my state.”

During the debate, Inslee called Trump a ‘white nationalist’ and told voters to kick him out of the White House.

“We can no longer allow a white nationalist to be in the White House,” he said. “And number two, we have to make America what it’s always been, a place of refuge.”

Currently, Inslee is in the lower rankings of the potential Democratic presidential nominees, holding only 1% in a CNN poll from early July.