Police arrested the head of security of slain President Jovenel Moïse, according to The Washington Post.

Dimitri Hérard, who served as the head of security for the Haitian president, was taken into custody and questioned by the authorities, chief of Haiti’s National Police Leon Charles has told The Washington Post Thursday.

Hérard was the chief of the General Security Unit of the National Palace, also known as USGPN, tasked with providing the president around-the-clock protection for him, his family and the presidential compound. Hérard’s arrest could indicate a larger plot that might have been aided by people who were supposed to protect the president.

Hérard is also allegedly a subject of U.S. law enforcement investigation related to arms trafficking in Haiti, according to the Center for Economic and Policy Research.

Moïse was killed last Wednesday during a nighttime raid on his residence carried out by individuals from multiple countries, including two Haitian Americans. So far at least 20 people have been arrested, among them former members of the Colombian military. The Pentagon has also confirmed Thursday that some of the Colombian assassins received military training in the U.S. 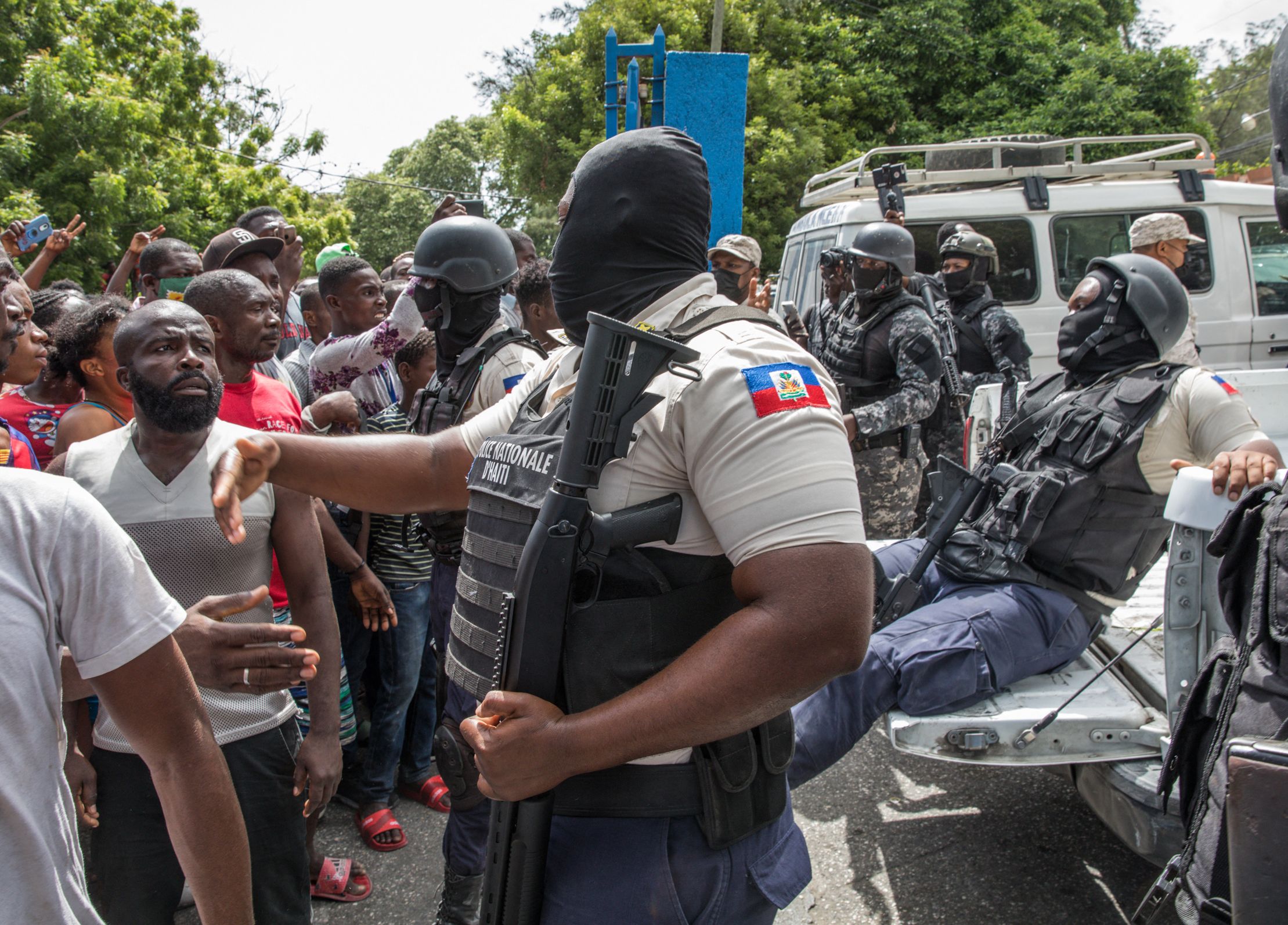 Police look on as a crowd surrounds the Petionville Police station where armed men, accused of being involved in the assassination of President Jovenel Moise, are being held in Port au Prince on July 8, 2021. – (Photo by Valerie Baeriswyl / AFP) (Photo by VALERIE BAERISWYL/AFP via Getty Images)

The investigators are zeroing in on a Florida-based doctor, Christian Emmanuel Sanon, who allegedly financed the operation and wanted to assume the presidency following Moïse’s assassination. The New York Times reported Thursday that the suspects, including Sanon, met multiple times in Florida and in the Dominican Republic over the last year to plan who will assume the presidency once Moïse is gone. (RELATED: Haitian Officials Suggest Florida-Based Doctor Plotted To Assume Presidency)

Haiti’s government was thrown into turmoil following the assassination with no clear legitimate leader as two Prime Ministers are contending for the office, The Wall Street Journal reported. René Sylvestre, the chief justice of the Supreme Court, who would usually assume the presidency, died of COVID-19 last month.