Harvard has been making the rounds in the news lately, but for scandal more than scholarship.

Harvard biology professor Martin A. Nowak was placed on paid administrative leave May 1 after a review into the university’s ties to Jeffrey Epstein revealed extensive contact between the professor and the convicted sex offender, the Harvard Crimson reported.

Simultaneously, it took pressure from workers’ unions and student advocacy groups to convince Harvard to provide pay and benefits to its subcontractors and temporary workers, which include workers in the dining and catering industry, after the university shut down due to coronavirus in March and didn’t include contract workers, Eater reported.

“We simply do not believe that the world’s richest university can justify depriving its workers and students of income during a global pandemic,” Bouverat, a law student, wrote in a petition urging Harvard to pay workers.

“This is not a request for frivolous discretionary spending, but a demand that Harvard take necessary measures to protect the health and well-being of its staff and students throughout this ongoing crisis.”

The Harvard University campus is shown on March 23, 2020 in Cambridge, Massachusetts. Students were required to be out of their dorms no later than March 15 and finish the rest of the semester online due to the ongoing COVID-19 pandemic. (Photo by Maddie Meyer/Getty Images)

Harvard’s review found several weeks later that Epstein had visited Harvard more than 40 times after he was convicted of sex charges involving a minor in 2008, according to the New York Times. Epstein had unrestricted campus access, his own office, key card, and Harvard phone line. He had no official Harvard affiliation, but he had donated $9.1 million to the university. (RELATED: Harvard Review Shows University Kept Ties With Jeffrey Epstein After 2008 Conviction)

Epstein was entrenched in Harvard. A Vanity Fair article from 2011 describes his “fan club” as consisting of Harvard’s president at the time and a former dean of the Faculty of Arts and Sciences. Nowak is described as being “thrilled” to shake the hand of Prince Andrew at Epstein’s house. Andrew has a long relationship with Epstein, and denied sexual misconduct before receding from public life, the NYT reported.

Epstein attempted to use Harvard and Nowak’s Program for Evolutionary Dynamics to burnish his image following the 2008 conviction. Nowasi was regularly mentioned in press releases issued by Epstein’s foundations. Epstein donated $6.5 million to launch PED in 2003. Nowak thanked Epstein for financial support in his 2011 book and several papers he published between 2009 and 2012, Buzzfeed reported. 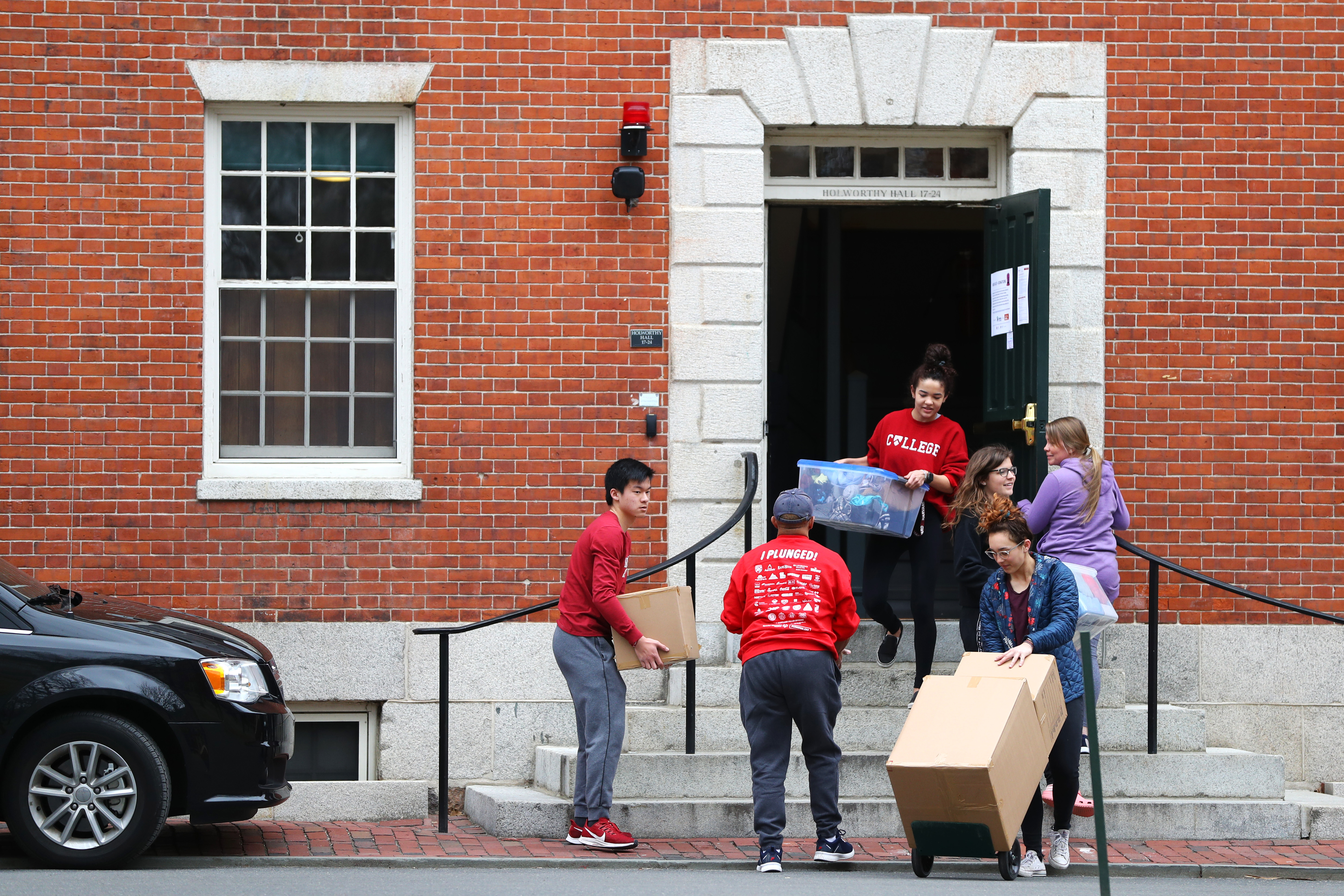 CAMBRIDGE, MASSACHUSETTS – MARCH 12: Students move out of dorm rooms on Harvard Yard on the campus of Harvard University on March 12, 2020 in Cambridge, Massachusetts. Students have been asked to move out of their dorms by March 15 due to the Coronavirus (COVID-19) risk. (Photo by Maddie Meyer/Getty Images)

In 2013, Epstein’s publicist asked Nowak’s department to post links to the websites of Epstein’s foundations that included “both flattering descriptions of Epstein as a science philanthropist and false claims about the level of support he provided to Harvard. In 2014, Epstein’s publicist asked Professor Nowak to feature Epstein in a full page on PED’s Harvard website. Professor Nowak approved each of these requests.”

The review, however, found that neither the university, nor the faculty in the College of Arts and Sciences, knew about the postings and they were taken down in 2014 after complaints from a sexual assault survivor group.

“The report issued today describes principled decision-making but also reveals institutional and individual shortcomings that must be addressed not only for the sake of the university but also in recognition of the courageous individuals who sought to bring Epstein to justice,” said Harvard President Larry Bacow.