Here Are The Americans Most In Bed With The Chinese Government

Americans’ perceptions of China have become slowly more negative since 2018, according to a Pew Research poll conducted in April. Since the emergence of coronavirus, that trend has accelerated and might continue to do so after China has taken a number of aggressive measures against Hong Kong and its longstanding independence.

Despite this reported shift in pubic opinion and a number of other studies and reports showing China is against ideals like freedom, several prominent U.S. citizens remain perfectly willing to work with China or further Chinese interests. Here are the top three.

TikTok was facing a wave of suspicion after the public discovered the app was owned by China and consequently that all data on the app was vulnerable to exposure to the Chinese government. The app’s creator, a Chinese company by the name of ByteDance, sought to hire a leader more palatable to Western audiences in May and settled on now-CEO Kevin Mayer.

Mayer previously served as chairman of the direct-to-consumer and international division at Walt Disney before accepting his new role May 18 at TikTok. He also serves as the chief operating officer at ByteDance, according to the New York Times.

The app’s ties to the Chinese Communist Party leaves many worried about the security risks it might pose to the U.S.

The U.S. Army has banned the app on all devices. Republican Missouri Sen. Josh Hawley has been vocal about the app’s status as a potential threat, saying that ByteDance “includes Chinese Communist Party members in leadership.” (RELATED: Chinese Censors Jumped In To Suppress Online Messages Warning About Coronavirus Spread)

“[TikTok] is required by Chinese law to share user data with Beijing. TikTok has admitted that it has sent user data to China. To put it bluntly, this is a major security risk for the American people,” Hawley said in a statement.

TikTok’s troubles in the U.S. began long before May, however. Analysts argue Mayer’s hiring is an attempt to ingratiate itself to U.S. regulators and investors, using the “Disney family-friendly branding that Kevin Mayer provides” to assuage them, Executive Director of the Center for Digital Democracy Jeffrey Chester recently told The Washington Post.

A spokesman insisted to New York Times in May that TikTok was not a Chinese company because it was incorporated in the Cayman Islands, a location known for often hosting hollow company headquarters for tax reasons.

LOS ANGELES, CALIFORNIA – MARCH 03: LeBron James #23 and JaVale McGee #7 of the Los Angeles Lakers react to a play against the Philadelphia 76ers during the first half at Staples Center on March 03, 2020 in Los Angeles, California. (Photo by Katelyn Mulcahy/Getty Images)

When Houston Rockets general manager Daryl Morey tweeted out support for pro-democracy protesters in Hong Kong, the NBA infrastructure was quick to apologize. The NBA owes much of its annual revenue to China, where basketball’s popularity is quickly on the rise.

Star player LeBron James called him “uneducated.” NBA Commissioner Adam Silver apologized on behalf of organization to the Chinese government. James was asked about the incident days after Morey sent out the then-deleted tweet. 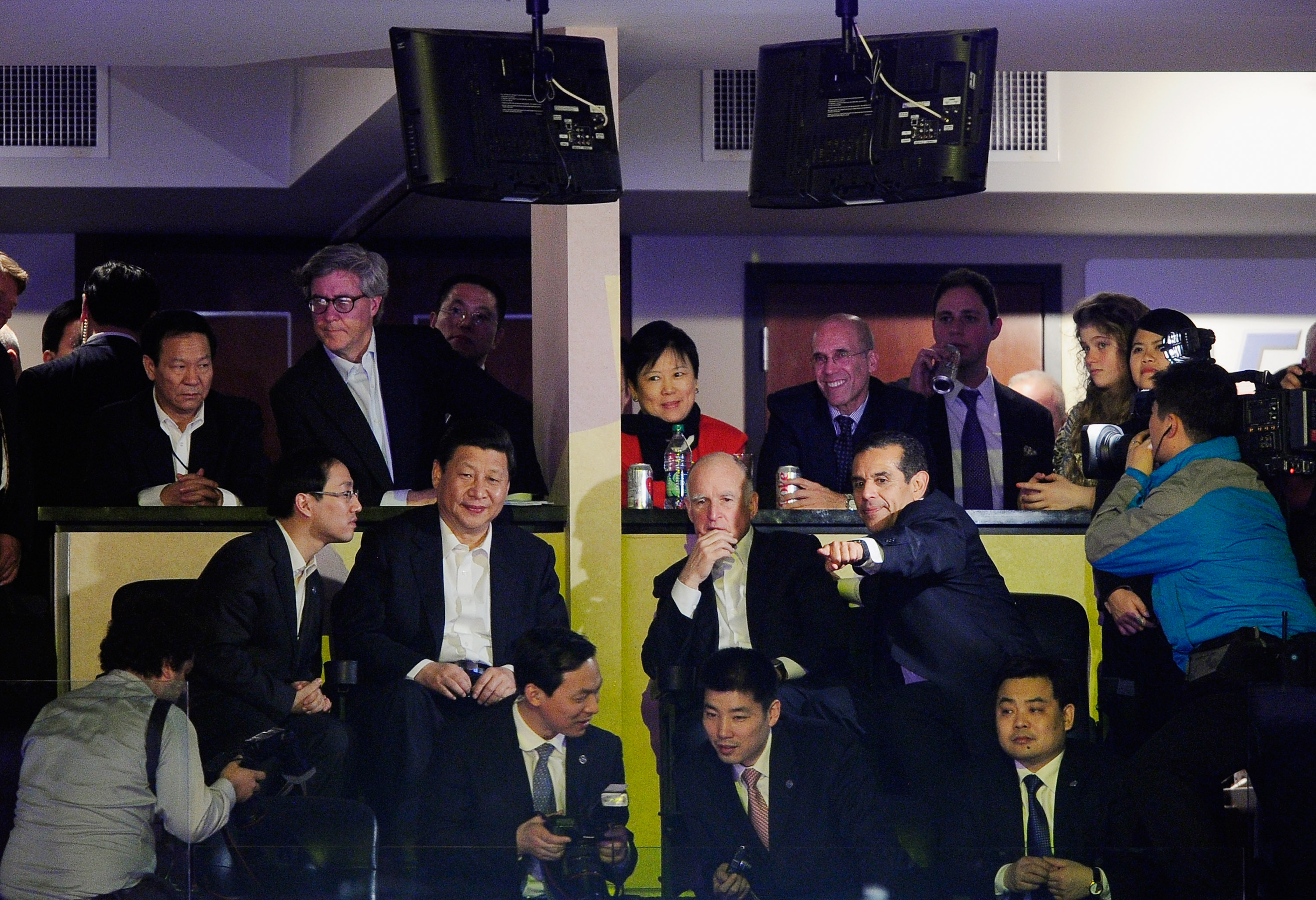 “I don’t want to get into a word or sentence feud with Daryl,” he said. “But I believe he wasn’t educated on the situation at hand and he spoke and so many people could have been harmed, not only financially, but physically, emotionally, spiritually. So just be careful what we tweet and what we say and what we do even though, yes, we do have freedom of speech but there can come a lot of negative things with that.”

The comment is striking in hindsight, given China’s move earlier in May to end Hong Kong’s longstanding autonomy. (RELATED: Trump Admin Accuses China-Backed Hackers Of Trying To Steal Coronavirus Research)

Silver issued a statement from the NBA, in which he emphasized the importance of freedom of speech, but called Morey’s support for the pro-democracy protesters “regrettable.” But that was only the English statement. The NBA also released a statement in Mandarin that was far more critical of Morey, according to ABC News.

The version published in Mandarin stated the NBA was “extremely disappointed” in Morey for making “inappropriate comments” that “severely hurt the feelings of Chinese fans,” despite none of those phrases appearing in the official English.

Charles Lieber pictured on the far right of the group. (MENAHEM KAHANA/AFP/GettyImages)

Charles Lieber worked as a prominent scientist and researcher at Harvard University until Feb. 18, when the FBI arrested him for selling secrets to China.

Lieber is accused of taking bribes to set up a lab in China and share information on his research, and then denying any knowledge of the payments to U.S. authorities, according to NPR.

Specifically, Lieber is alleged to have recruited scientists to the Chinese regime’s Thousand Talent Program, which in some cases has resulted in violations of U.S. law, such as espionage, theft of trade secrets and grant fraud. (RELATED: Republican Senators Want To Rename Chinese Embassy Street After Chinese COVID-19 Whistleblower)

The Department of Justice (DOJ) says Lieber’s labs in the U.S. received $15 million in research grants from the U.S. government, including grants from the National Institutes of Health and the Department of Defense. For security reasons, those grants require recipients to disclose any large payments from foreign nations they might receive. Lieber never did, despite receiving hundreds of thousands of dollars from China.

A DOJ statement alleges the Wuhan University of Technology (WUT) “paid Lieber $50,000 USD per month, living expenses of up to 1,000,000 Chinese Yuan (approximately $158,000 USD at the time) and awarded him more than $1.5 million to establish a research lab at WUT.”

When investigators asked about the payments and his involvement in the Thousand Talent Program, Lieber denied any involvement. Lieber has been charged with one count of making a materially false, fictitious and fraudulent statement, according to the DOJ.

Lieber faces a five-year prison sentence and a $250,000 fine if convicted.