The coronavirus pandemic has prompted Americans to sift through history, especially back to two pandemics — the Spanish flu and swine flu pandemics — for an idea of how the world reacted to large-scale public health emergencies.

While the three illnesses can’t be directly compared due to varying dimensions between them all, government responses are still credited with helping stave off and slow the spread of the three highly contagious viruses.

The 1918 Spanish flu pandemic killed an estimated 675,000 Americans and 20 to 50 million people worldwide. The flu spread through army and naval installations in Philadelphia, but the public health director Wilmer Krusen didn’t have a proactive response. He refused to cancel mass gatherings like the Liberty Loan parade scheduled the same month that civilian cases were being reported, according to History. Within 72 hours after the parade, 31 Philadelphia hospitals were full and 2,600 people died by the end of that week. 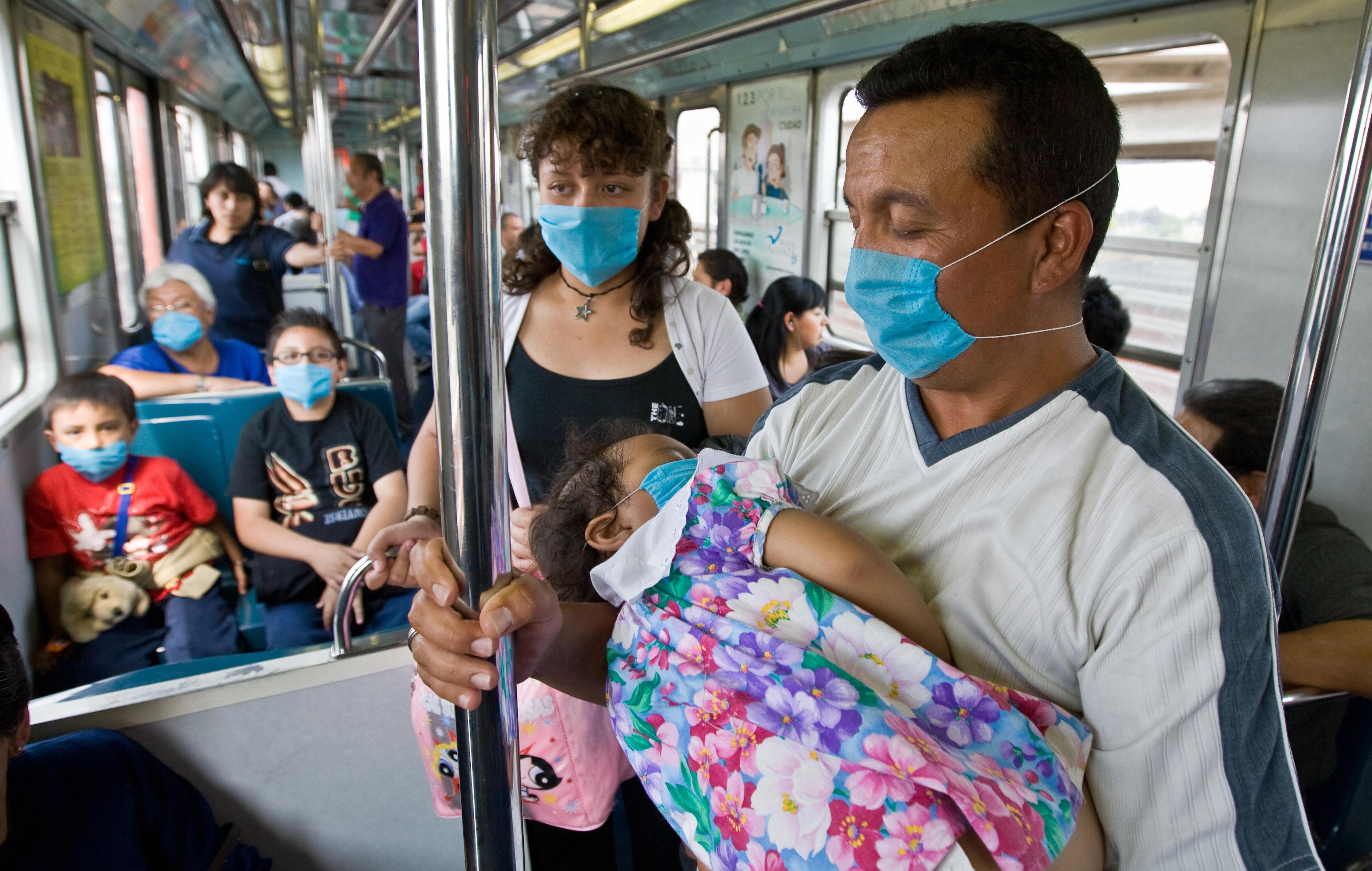 Commuters wear face masks to prevent the infection by the swine flu virus in while travelling aboard Mexico City’s subway. (Ronaldo Schemidt/AFP via Getty Images)

While the parade wasn’t the only cause of the surge, it certainly exacerbated the spread.

St. Louis’ response to the Spanish flu, however, was much different from Philadelphia’s. It took precautions that later made “flattening the curve” possible. When the flu outbreak began affecting the city, the city’s health commissioner immediately shut down schools, theaters, pool halls and banned all public gatherings. Despite pushback from local businesses, the commissioner did not concede out of interest for public health, History reported.

While infections began to swell, there was no overnight explosion like there was in Philadelphia — the peak mortality rate of St. Louis was one-eighth of Philadelphia’s. The city successfully “flattened the curve” and prevented what could’ve been a catastrophic influx of sick patients at hospitals not equipped to manage that capacity.

The shuttering of businesses and the ban on mass gatherings echo the reality today, as states and cities try to slow the spread of the virus that has already forced states from Washington State to New York City to erect makeshift field hospitals to manage the influx of coronavirus patients.

San Francisco’s response to the flu in 1918 was to wear masks that were later found to be ineffective. The city’s relatively low infections rates, however, were attributable to the early efforts to close schools and ban social gatherings.

Unfortunately, San Francisco would later suffer a third wave of the flu in early 1919, and had one of the highest death rates nationwide after business owners refused to close. Had the city kept its original precautionary steps, it could have reduced deaths caused by the third wave of the flu by 90%, according to the National Institute of Health.

The National Institute of Health also wrote in 2007 that there was a “clear correlation between the number of interventions applied and the resulting peak death rate seen,” and how quickly those interventions were enforced.

The 2009 swine flu pandemic was not as lethal as the Spanish flu pandemic, so it did not require the extreme measures taken in the 20th century to contain it. In retrospect, the Swine flu — which emerged in the spring of 2009 and killed between 151,700 and 575,400 people globally and primarily affected children and young adults — was considered the “least lethal modern pandemic,” the New York Times reported in 2010.

The Spanish flu killed about 50 of every 2,000 people infected, the swine flu killed about one of every 2,000 people who got the virus. The response to the swine flu highlighted national weaknesses such as old and slow vaccine technology, too much reliance on foreign vaccine factories and the abilities of major hospitals to respond to a relatively mild pandemic, according to the New York Times.

The response to the Spanish flu over a century ago may have more in common with the response to the coronavirus today due to the higher mortality rates that the coronavirus and Spanish flu share. The coronavirus also spreads at a higher rate than most forms of influenza and can be spread while a person is asymptomatic. Ultimately, it’s difficult to compare the responses to coronavirus and the swine flu because developments of vaccines for influenza are not as complex as that for a virus like COVID-19. (RELATED: Coronavirus Mortality Rate Likely Overstated, But Is Still Far More Deadly Than Flu, Top Expert Tells Lawmakers) 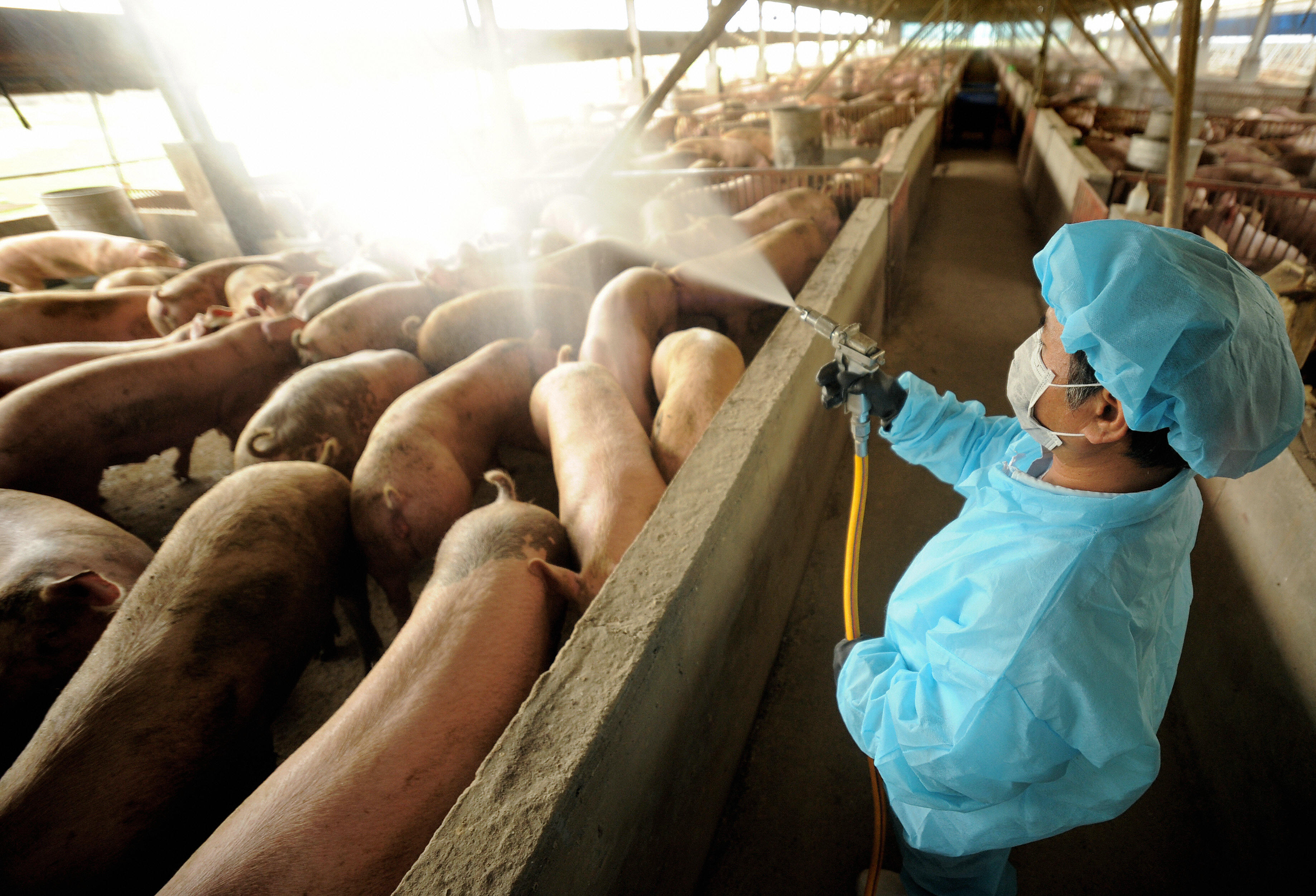 A member of the government’s animal disease department works to disinfect a pig farm as a precaution in Hsichiou, Changhua county, in central Taiwan on April 27, 2009. (SAM YEH/AFP via Getty Images)

At the end of April, President Obama asked Congress for $1.5 billion to spend on fighting the swine flu, and later asked in September for an additional $9 billion. The Centers for Disease Control and Prevention also activated its Emergency Operations Center the day after the first two U.S. infections were reported on April 22. Domestic and global shipments of a new CDC test to detect the swine flu began May 1. 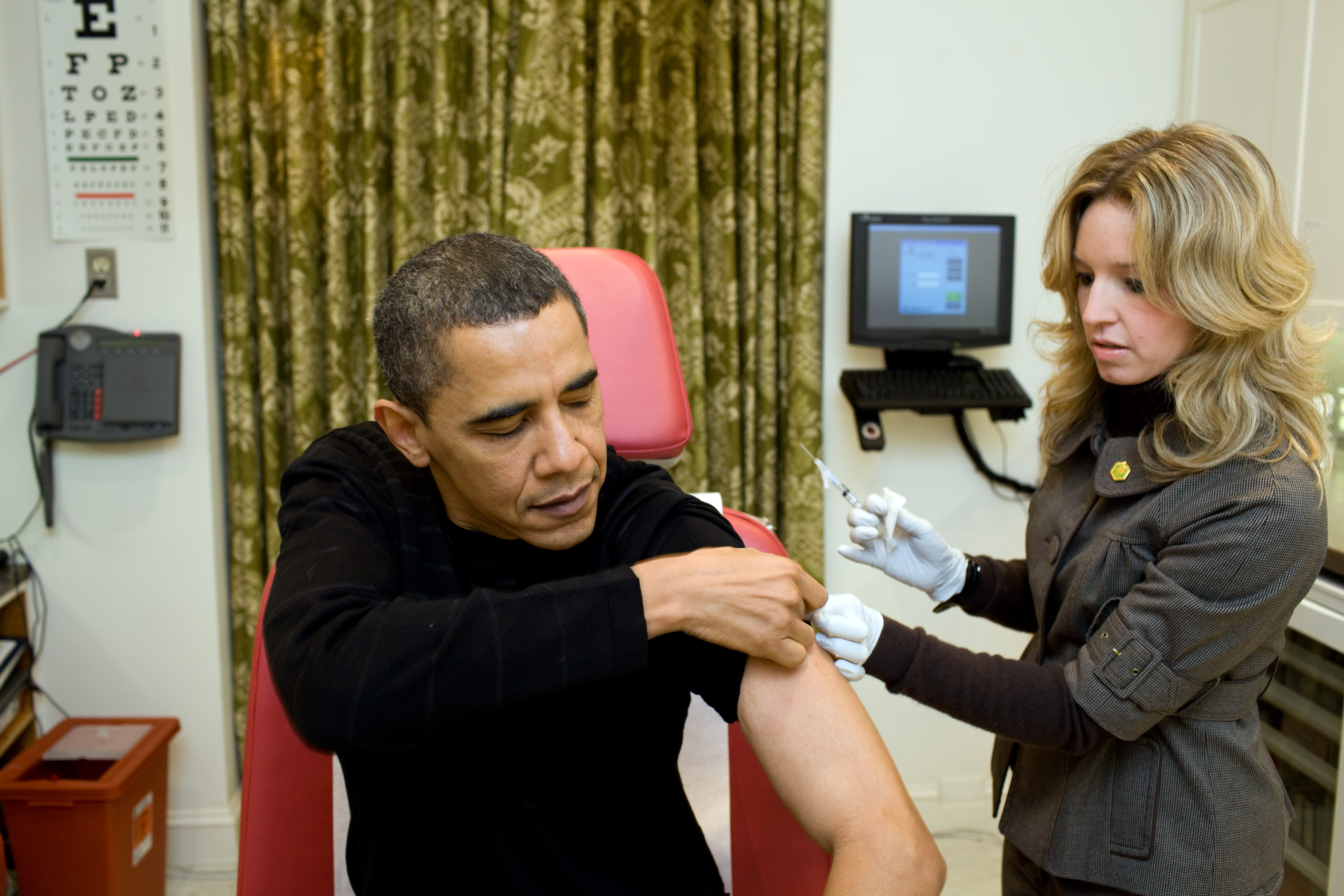 Schools were not closed like they are being closed during the coronavirus, although May 5 marked the peak school dismissal day in the spring phase of the pandemic, and 980 schools were dismissed, according to the CDC.

It wasn’t until June 11 that the WHO declared the swine flu a pandemic, and more than one month later, President Obama declared it a national emergency, the Daily Signal reported.

The first phase of trials for a coronavirus vaccine began in mid-March, 65 days after the onset of COVID-19, Dr. Anthony Fauci, said during a White House briefing according to the Daily Signal. Clinical trials testing the swine flu vaccine began in mid-July 2009, and in September that year, the FDA announced its approval of four swine flu vaccines. It took about six months to develop and market a vaccine for the swine flu.

Over one year later in August 2010, the WHO announced the end of the swine flu pandemic.