Despite state-issued stay-at-home orders intended to stop the spread of the coronavirus, Hobby Lobby has remained open in several states, pushing some officials to issue cease-and-desist letters ordering the stores to close.

Hobby Lobby had quietly reopened stores in Colorado and Ohio this week after state officials issued cease-and-desist letters, and stores in 14 of the 38 states currently under stay-at-home orders remain open, according to Business Insider. Employees were told to return to stores in locations in Texas, Colorado, Ohio, and Michigan. (RELATED: EXCLUSIVE: Focused On The China Threat, This Congressman Became Aware Of Coronavirus Dangers Early On)

“Hobby Lobby properly closed its stores during Ohio’s stay-home order,” Ohio Attorney General Dave Yost posted on Twitter Wednesday, announcing the cease-and-desist order he sent to the store’s general counsel. “Now they’re open again — what’s changed? Neither the order, nor the seriousness of the health threat, for sure,” he said.

Now they’re open again — what’s changed? Neither the order, nor the seriousness of the health threat, for sure.

I sent a cease & desist letter to their general counsel. https://t.co/HVqDhFfhqo

The general counsel responded soon after to say the company would be closing its stores in Ohio as of Wednesday night, Yost mentions in a follow-up tweet.

The senior assistant state attorney general for Colorado, W. Eric Kuhn notes in the state’s cease-and-desist order that Hobby Lobby is not a “critical business” and is directed to immediately close all its locations within the state immediately or face the consequences for not following the executive and public health orders, the letter said. 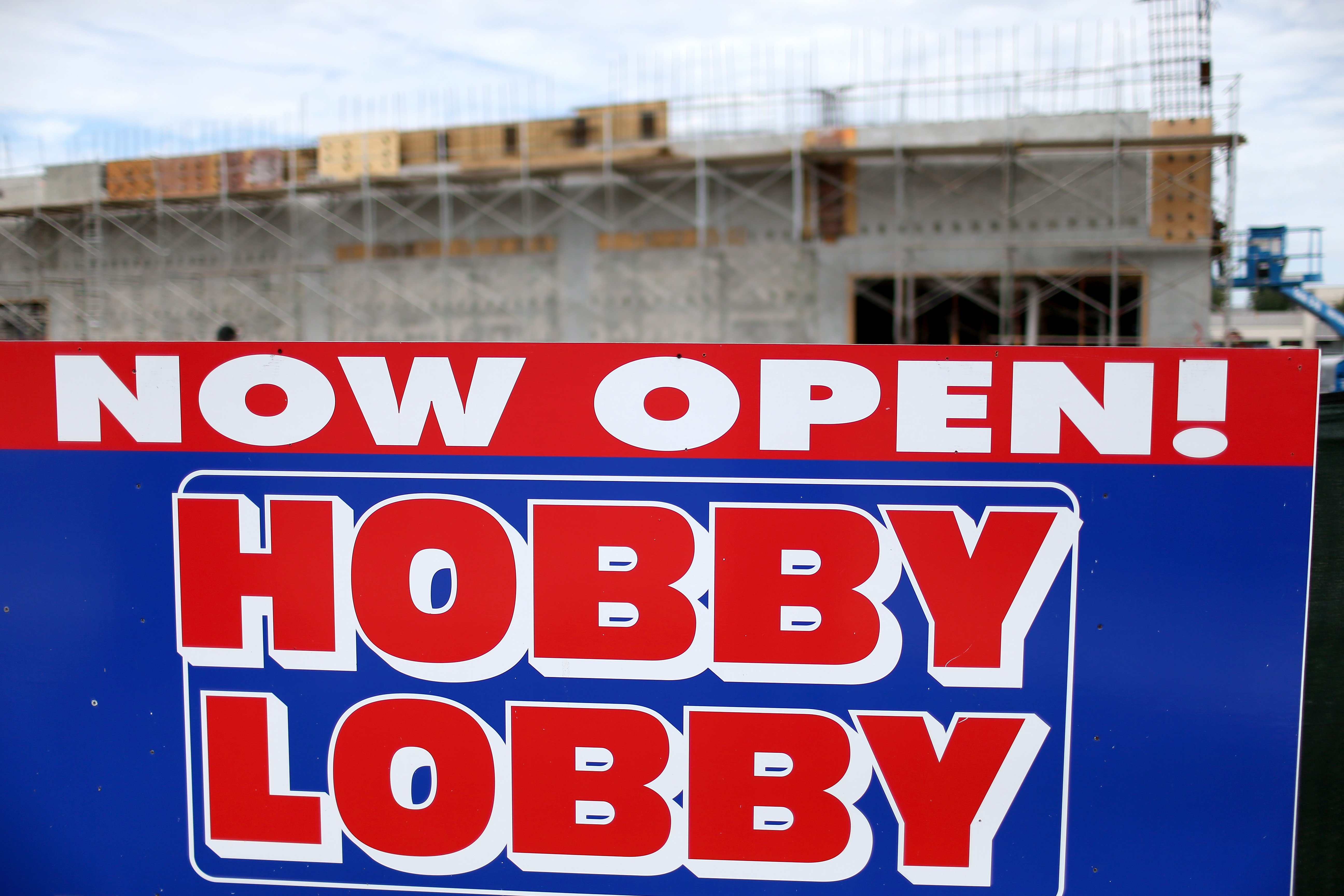 A sign stands near a newly opened Hobby Lobby store on June 30, 2014 in Plantation, Florida. (Photo by Joe Raedle/Getty Images)

Dallas County Judge Clay Jenkins asked his staff to prepare a cease-and-desist letter for the Texas Hobby Lobby locations that also remained open despite Republican Texas Gov. Greg Abbott’s stay-at-home orders, saying in a news conference that Hobby Lobby’s decision to stay open is “ a slap in the face to the businesses that are following this order that a few outliers are putting this community in danger,” CBS Dallas reported. Dallas County Sheriff’s deputies shortly after closed the store in Dallas.

Dallas County Judge Clay Jenkins had some strong words for employees of Hobby Lobby today as he issues a Cease & Desist Order to the company. –> https://t.co/N8yI8DzSUi pic.twitter.com/gqOvGScfYL

Tennessee and Indiana, both under state-at-home orders, also had Hobby Lobby stores remain open according to CBS News.

Hobby Lobby employees fear for their safety due to a reported lack of protections offered by their employer, one employee saying to Business Insider that her team in North Carolina was not allowed to wear gloves or masks while working because management told them “it would make customers uncomfortable.” Employees also are concerned about spreading the virus while the store remains open despite stay-at-home orders.

“Our state is doing little to curb the spread of this virus, though our governor has officially ordered a state-mandated stay-at-home order,” the employee wrote in an email to Business Insider. “It is a little confusing as to whether or not this will affect us as Hobby Lobby is refusing to cooperate.”