Huawei Places A Wedge In The US’s Relationship With Britain

Prime Minister Boris Johnson and President Donald Trump may appear to share many similarities. The two world leaders are bombastic populists who’ve made promises to drain the swamps of the Beltway and Brussels, respectively, and echo each other in sentiment and style.

But the largest wedge between the two is currently Huawei, the multi-national Chinese technology company that will have a role in building Britain’s 5G mobile network. The decision Johnson’s government made in early February to move forward with Huawei’s development made Trump livid, according to Reuters, due to American intelligence accusations that Huawei is a security risk and aids Chinese intelligence in stealing secrets.

Before the decision was made to collaborate with Huawei, American officials like Secretary of State Mike Pompeo made the U.S. position clear on the subject, reiterating the concern that the use of Huawei’s 5G gear could compromise the relationship between the U.S. and U.K. in regards to intelligence sharing.

The UK has a momentous decision ahead on 5G. British MP Tom Tugendhat gets it right: “The truth is that only nations able to protect their data will be sovereign.” https://t.co/8lLEUEUxdL

Britain will be limiting Huawei’s market share to 35% and will be denying the company access to its government sites. China has reportedly spent $24 billion more on wireless communications infrastructure in 2015 than the U.S., and the country also built more 5G towers in a three-month span in 2017 than the U.S. did in three years.

“There is no way Huawei can resist any order from the [People’s Republic of China] Government or the Chinese Communist Party to do its bidding in any context, commercial or otherwise,” Jerome Cohen, a New York University law professor and Council on Foreign Relations adjunct senior fellow, told CNBC.

“Huawei would have to turn over all requested data and perform whatever other surveillance activities are required.”

Despite Huawei’s insistence that it is a privately held company independent of the Chinese state, the U.S. has remained apprehensive and cautious for several years, banning Huawei from bidding on U.S. government contracts as far back as 2014. The Pentagon also banned Huawei from selling phones at U.S. military bases in 2018. (RELATED: Why Refusing To Do Business With Huawei Makes Sense)

Trump’s focus on China as a universal threat in an economic and militaristic sense has especially cast Britain’s decision to work with Huawei as one that is antithetical to the best interest of not only the U.S., but that of the U.S. and British relationship.

Senior White House officials are continuing to warn the British of the threat Huawei poses. Weeks after the decision, an American delegation led by acting chief of staff Mick Mulvaney met with the prime minister’s chief aide Dominic Cummings and were unimpressed with his attempts to persuade the delegation to work together on developing alternatives to Huawei, according to the Guardian. The night before the meeting, Mulvaney told an audience of students at the Oxford Union that there could be a “direct and dramatic impact” on intelligence sharing between the two countries following Huawei’s development in Britain, the Guardian reported. 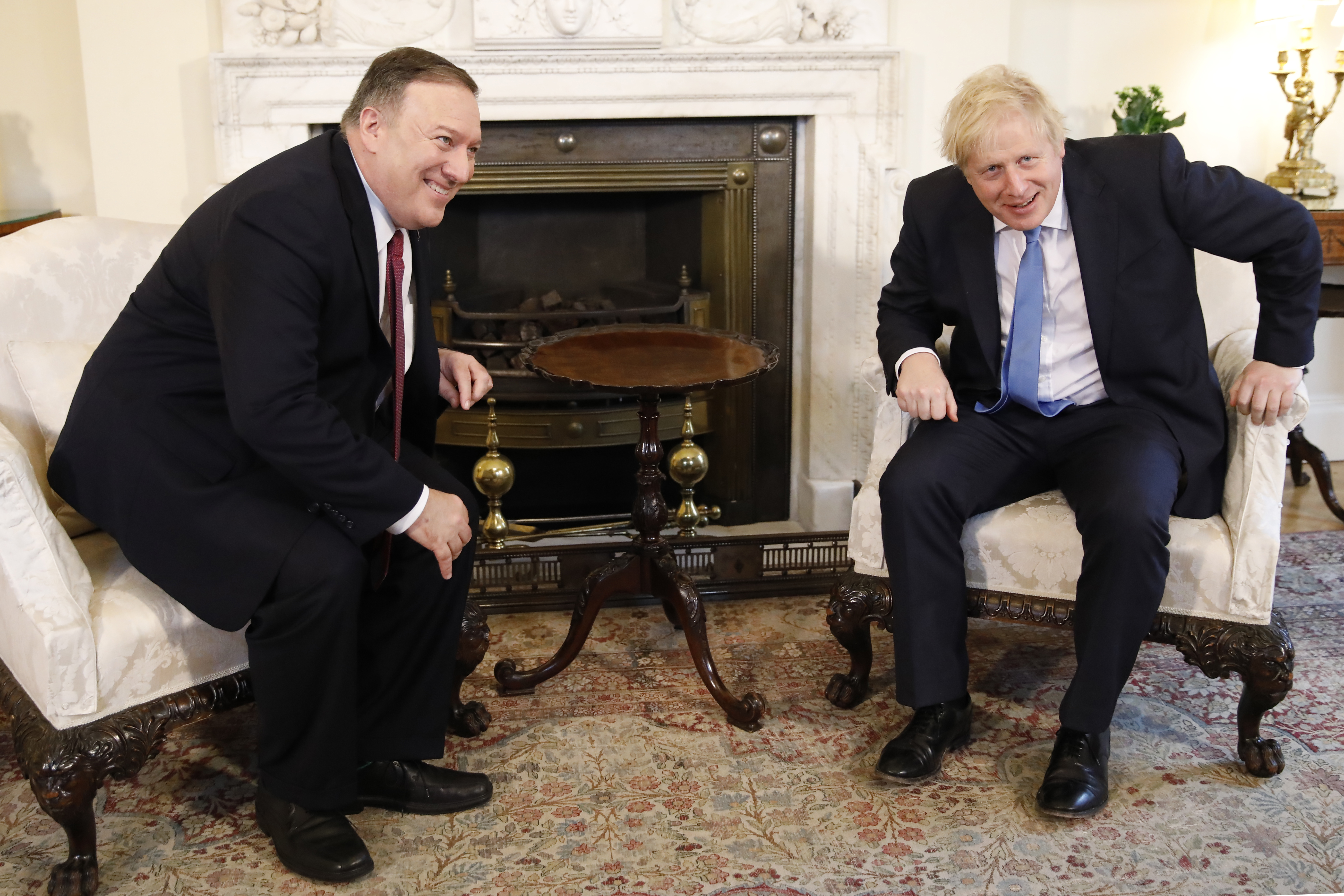 Some senior Tories have sought to identify trusted vendors as alternatives. Iain Duncan Smith expressed in a letter to fellow Tory MPs that high-risk vendors should be ruled out, highlighting data privacy concerns, according to the Guardian.

The rollout of Huawei in Britain could also strain the relationship among the Five Eyes alliance — the five English-speaking countries that have an agreement to share security information, and that includes Australia, Canada, New Zealand, the U.S. and the U.K. Australia and New Zealand have already blocked Huawei. The alliance’s eyes are now on Britain, which could influence other countries to follow lead and also work with Huawei, the BBC reported.