An Illinois pastor who says he received violent threats for reopening his church in defiance of state gathering restrictions isn’t letting the governor stop him from preaching, NBC News reported Thursday.

Stephen Cassell, a pastor at the Beloved Church of Lena in Stephenson County, suffered a setback when a U.S. District Judge rejected the church’s federal lawsuit and ruled that Democratic Gov. J.B. Pritzker’s orders were constitutional, according to NBC News.

Cassell and the Thomas More Society, which represented him, argued that Pritzker’s orders were discriminatory against the faithful and “intentionally denigrated Illinois churches and pastors and people of faith by relegating them to second-class citizenship,” Newsweek reported.

The pastor also said his church received bomb and death threats after reopening Sunday for the first time since March 31. The church held services online after being hit with cease-and-desist orders for congregating.

Despite the tension, Cassell says he’ll be “in the pulpit preaching my heart out on Mother’s Day.”

“I don’t believe there is such a thing as an online church,” Cassell told NBC News.. “The definition of a church is a gathering. We had to forego one of the core values of what we are.” (RELATED:  Texas Pastors, Activists Sue Governor Over ‘Unconstitutional’ Stay-At-Home Orders)

The federal lawsuit was filed on behalf of the church by the Thomas More Society, and the judge ruled that limiting gatherings to 10 people or going online are “imperfect substitutes” for in-person services, but that the pandemic is enough of a threat that the governor’s orders preserve “robust avenues for praise, prayer and fellowship and passes constitutional muster.” 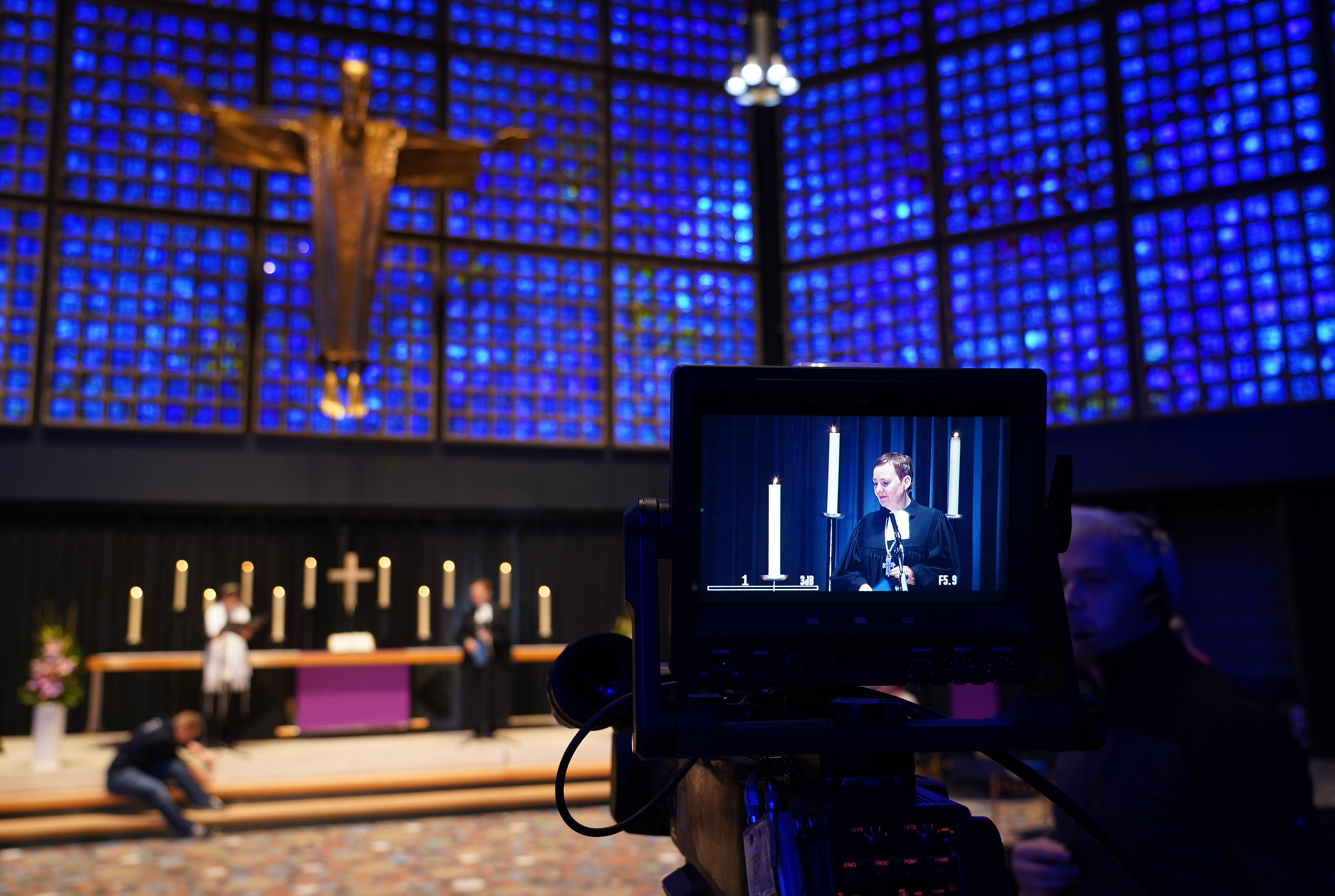 Protestant theologian Ulrike Trautwein prepares for a an interfaith church service at the Kaiser Wilhelm Memorial Church that was to be broadcast live on television on March 22, 2020 in Berlin, Germany. (Photo by Sean Gallup/Getty Images)

Cassell said his lawsuit is what prompted Pritzker to amend his April 30 order to include churchgoing an essential activity.

“How do you baptize somebody in water on Zoom?” he said according to NBC News.

The Lena Police Department were at the church last Sunday counting heads to make sure the governor’s orders were being obeyed, although they didn’t intervene when the number of people exceeded the 10-person limit.

“The Lena Police Department will be documenting what is happening at the church but there has been no determination about who would be enforcing the social distancing rules,” Lena Town Attorney Dominick Lanzito told NBC News.