An Iranian oil tanker in the Red Sea off the coast of Saudi Arabia was hit by two missiles Friday, the country’s foreign ministry officials said.

The reported attack caused an oil leak that has since been plugged, according to The Associated Press, citing Iranian state media. (RELATED: US Issues Warrant For Seizure Of Iranian Oil Tanker Held In Gibraltar)

The National Iranian Tanker Company (NITC) said “the blasts were probably caused by missile strikes” in a statement on its website, adding that the tanker was set ablaze and has been damaged.

Suspected missile strikes hit an Iranian oil tanker off the Saudi coast on Friday, its owner said, the first Iranian vessel targeted since a spate of attacks in the Gulf Washington blamed on Tehran https://t.co/E8rMAR3MQh

“This latest incident, if confirmed to be an act of aggression, is highly likely to be part of the wider narrative of deteriorating relations between Saudi and the U.S. and Iran,” maritime security firm Dryad Maritime told the AP. “It is likely that the region, having been stable for the last month, will face another period of increasing maritime threats, as the Iranian and Saudi geopolitical stand-off continues.” 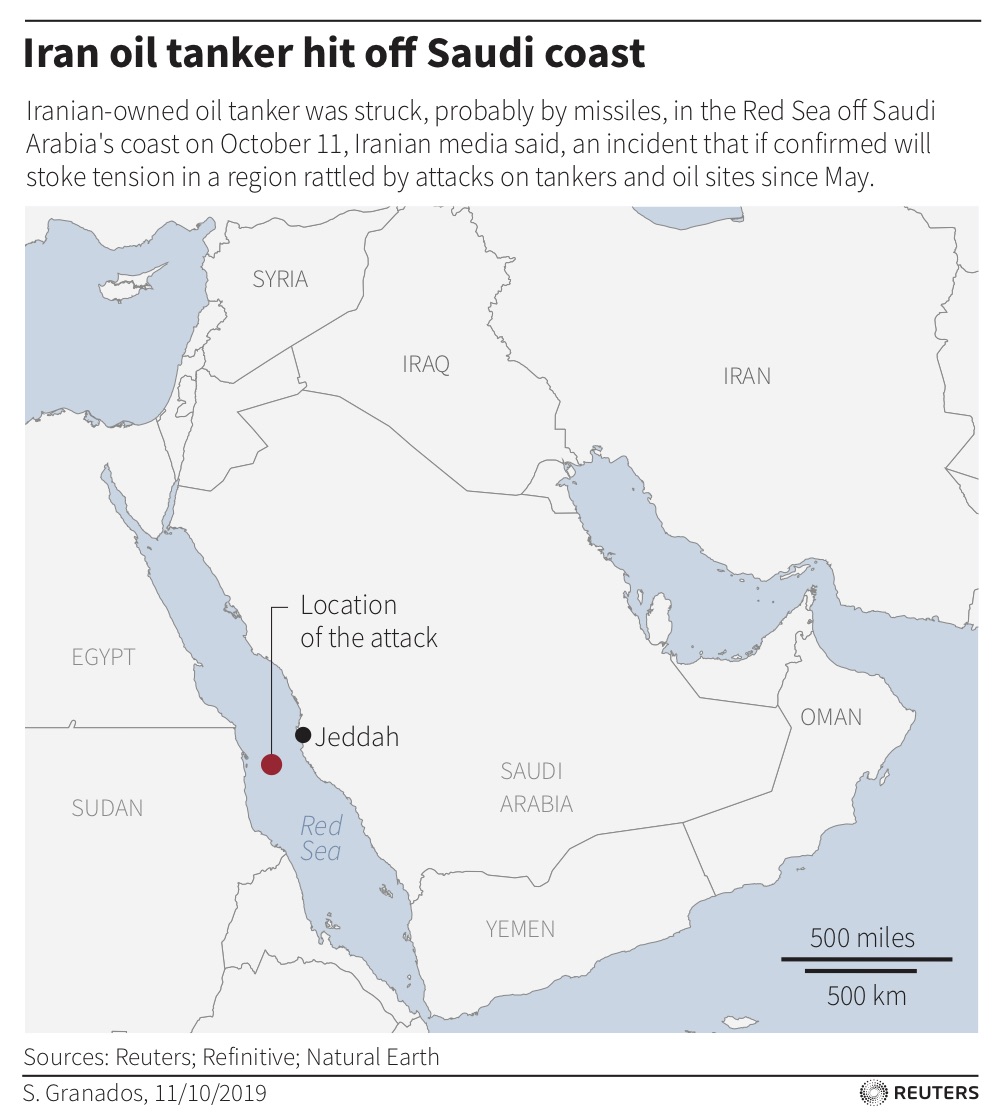 Oil tankers — including Saudi oil tankers — in the Red Sea region, a key oil-shipping route, have been struck with a number of attacks since May. Tehran has denied any responsibility for the attacks on Saudi tankers, and Iran’s Foreign Ministry also denied reports the Friday attacks came from Saudi Arabia, according to Reuters.

Crude oil prices increased 2% following news of the attack, and industry sources expect shipping costs could jump, as well, according to Reuters.