Continuing a tradition going back about 70 years, the prime minister of Ireland sent a bowl of shamrocks to the White House as a gift in celebration of St. Patrick’s Day on Wednesday, according to the Washington Examiner.

The gift is traditionally presented in-person as part of the yearly St. Patrick’s Day celebration in Washington, D.C., but this year the gift will be presented during a virtual meeting as Irish Prime Minister Michael Martin was unable to travel due to the coronavirus pandemic, the Washington Examiner reported.

The virtual meetings were expected to include discussions about combating COVID-19, stability in Northern Ireland, as well as reaffirming American support for the Good Friday Agreement, according to the Washington Examiner. (RELATED: Here’s How America Transformed St. Patrick’s Day From A Solemn Liturgical Feast To A Day Of Beer Guzzling And Parades)

The gift of shamrocks has been a tradition since 1952 when the Irish ambassador first sent the present to then-President Harry Truman. President Joe Biden intends to keep the day as close as possible to past in-person events, a senior administration official said, according to CNN.

“St. Patrick’s Day is a particularly special event for President Biden given his Irish heritage, and so he is also committed to keeping tomorrow’s events as close to the way that they would appear if we were doing this in person,” an official in the Biden administration said, according to the Washington Examiner. 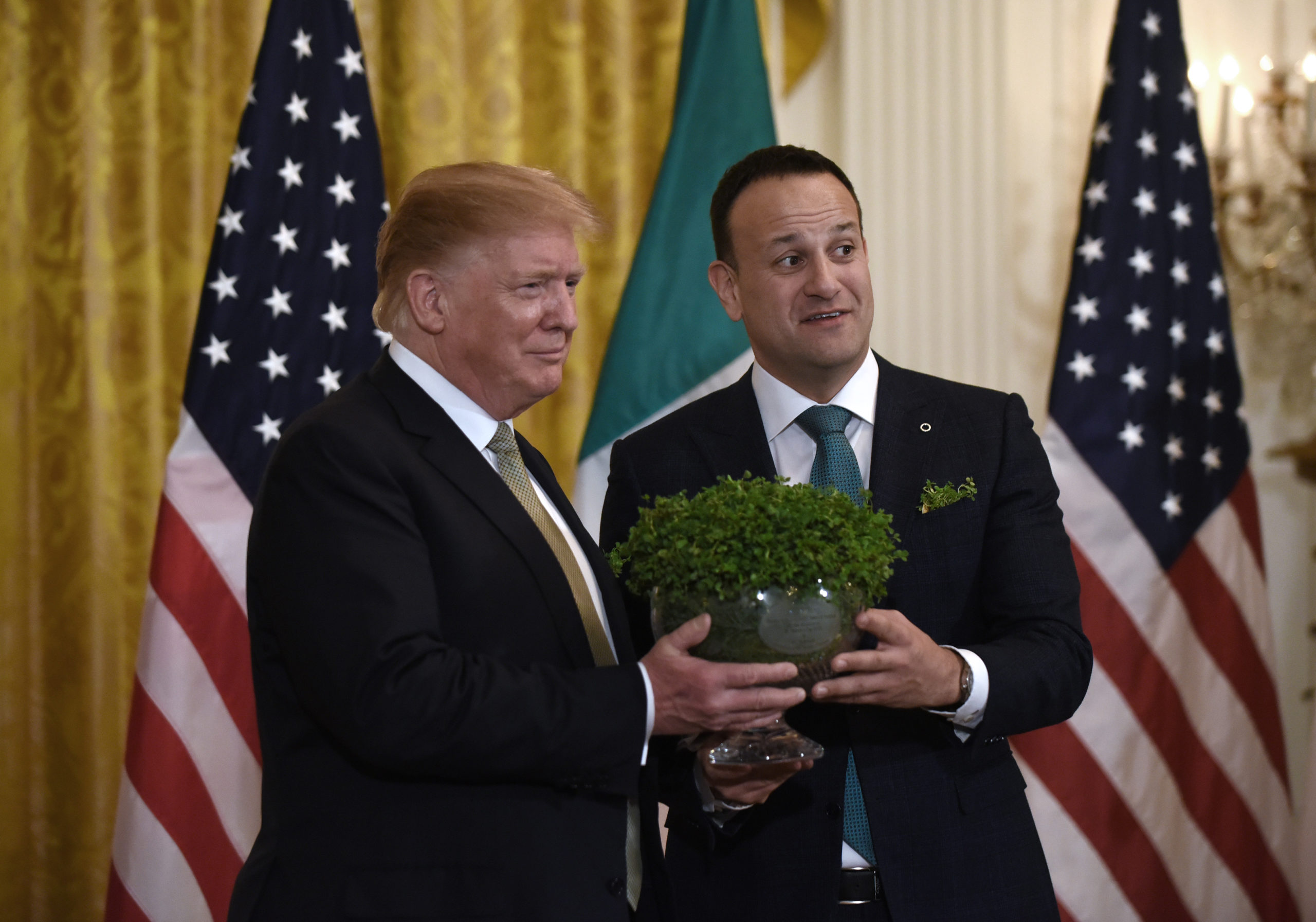 Prime Minister Leo Varadkar of Ireland presents a bowl of Shamrocks to President Donald J. Trump at the White House on March 14, 2019 in Washington, D.C. (Photo by Olivier Douliery-Pool/Getty Images)

After the series of virtual meetings, the gift of shamrocks will be presented as a gift to preserve the continued ties between Ireland and the U.S. (RELATED: UK ‘Violates International Law’ With Planned Construction Of Additional Nuclear Weapons)

“And of great importance to the president, there will also be the traditional ceremony with the shamrock bowl with the Irish government having sent a beautiful engraved bowl here to the White House in Washington, along with shamrocks so that we will be able to preserve this part of the, the bilateral meeting, and the ties between our countries, even though we are doing this in a virtual way this year,” the official reportedly added.