Is Covid-19 changing our relationships? 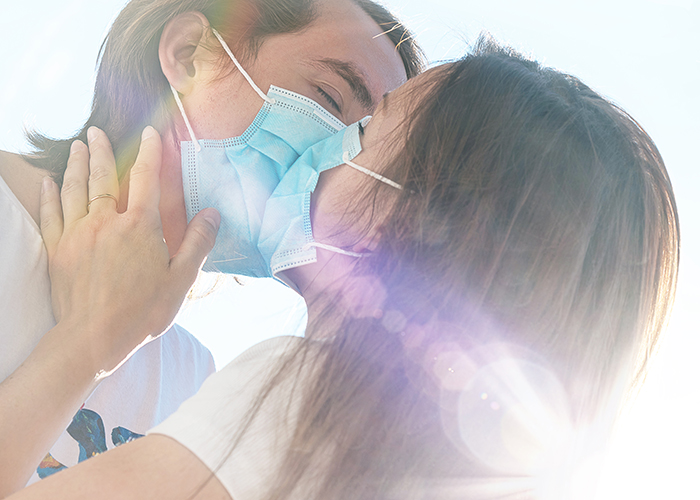 Americans regularly use a dating site, compared to 10% in 2013. This upward trend isn’t showing any sign of diminishing, especially given the current Covid-19 climate. So how else is the pandemic affecting relationships?

At the tail end of 2019, the World Health Organization announced a cluster of cases of a previously unknown strain of pneumonia, centered around Wuhan City in China’s Hubei Province. Since then, what has become widely known as Covid-19 has affected practically every corner of the planet. While this has harmed physical health, with the inevitable knock-on effect on mental wellbeing, it has at least created a climate of unity, with countries pooling their scientific resources to contain the outbreak. This aura of positivity has been beneficial for relationships, with people being more inclined to look to the future with a shared sense of hope.

In China, the epicenter of the virus, divorce rates have risen. A change in the law in 2003 made it easier for couples to separate legally. The Covid-19 crisis, leading to couples living in isolation for weeks upon weeks, deprived of their normal social contact between family and friends, has placed a strain on many relationships. This situation has been mirrored right across the world, with the eventual lockdown easing being seen as an excuse to search for new horizons, rather than putting up with something that has grown tired.

Given the demands of social distancing in a huge swathe of countries, many of the traditional outlets where singles would hang out – bars, social functions, nightclubs – have remained closed. This has led to more individuals taking advantage of virtual options. Even those who have resisted the urge of – perhaps based on the archaic notion that matching websites are some kind of last resort – are now being tempted to set up dating profiles. Rather than find themselves in the company of ‘desperate’ singles who have been unable to find partners anywhere else, they are far more likely to have been struck by the convenience of the whole set-up.

The combination of Covid-19 bringing communities together and websites that allow users to communicate with kindred spirits in any location has given rise to increased cross-cultural dating. Before the virus, many singles were drawn to online dating for this very reason; rather than allowing them to chat with other singles they might be able to bump into locally, they were faced with the far more exciting possibility of connecting with a diverse range of people. The one drawback with reaching out to potential partners from different ethnic backgrounds was the possibility of a lack of common ground. But Covid-19 has introduced a common adversary, a subject to break the ice with when singles are exchanging direct messages.

While the virus has affected countries differently, it has stimulated similar responses. It might seem alarming at first, but people wearing masks en masse creates the impression of society being in this situation together, allowing each other social distance. All of us are keeping a close eye on news bulletins about the possibilities of a vaccine. This spirit of optimism will impact relationships – if we are going to anticipate better times within the next few years, then surely sharing those better times with a loved one can only be better?