An airliner carrying 62 people crashed into the Java Sea on Saturday just four minutes after taking off from Indonesia’s capital, Indonesian officials said.

The Sriwijaya Air flight was delayed for over an hour before taking off at 2:36 p.m. local time, and disappeared from radar at 2:40 p.m. at an altitude of approximately 29,000 feet, said Transportation Minister Budi Karya Sumadi.

The airline said that the flight was headed from Jakarta to Pontianak, a city on Indonesia’s Borneo island. The 50 passengers and 12 crew members were all Indonesian nationals, according to the Associated Press.

Sumadi added that a 12-ship search-and-rescue operation had been deployed just north of Jakarta in hopes of finding the plane.

Officials also said that local fisherman had found debris that would be examined to determine whether it was part of the missing plane.

“The fishermen told us that they found [debris] shortly after they heard an explosion like the sound of thunder,” said one of the ship’s commanders as quoted by TVOne, adding that they also found jet fuel in the water. 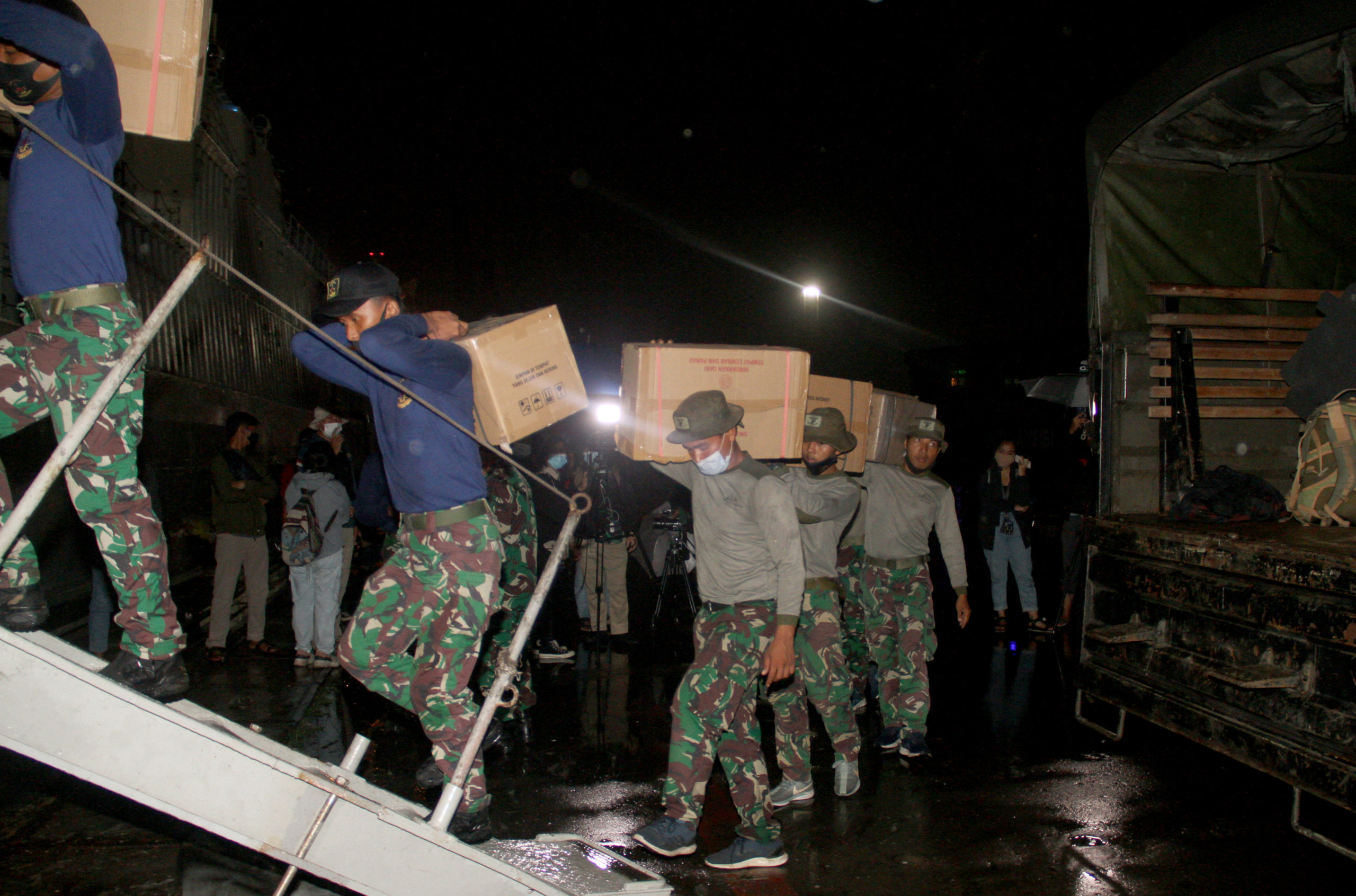 Marines load supplies and equipment on a ship for a search and rescue operation for the Sriwijaya Air flight SJY182 in Jakarta on January 9, 2021, as the aircraft is suspected to have crashed into the sea. (DANY KRISNADHI/AFP via Getty Images)

Bambang Suryo Aji, the head operations and preparedness for Indonesia’s National Search and Rescue Agency, said that no radio signal from the plane was detected and that its emergency locator transmitter (ELT) was not emitting a signal that would confirm whether it had crashed.

“The satellite system owned by neighboring Australia also did not pick up on the ELT signal from the missing plane,” Aji said, according to the AP.

The plane, a Boeing 737-500, has been widely used since the 1990s, according to Boeing’s website, and varies slightly from the 737 Max jetliners that led to two crashes off Indonesia in October 2018 and March 2019. (RELATED: US Grounds 737 Max After Fatal Crashes)

Boeing said that it was aware of the situation and was “working to gather more information.”