A judge has ordered a mental health exam for the man suspected of opening fire on a health clinic in Minnesota in February, the Associated Press (AP) reported Tuesday.

Gregory Ulrich’s defense requested the exam, which will determine whether Ulrich is mentally competent to aid with his own defense, according to the AP.

A man who opened fire at a Minnesota health clinic, killing one staff member and wounding four others, previously threatened to carry out a mass shooting at the facility, police say. Gregory Paul Ulrich, 67, has a history of conflict with medical clinics. https://t.co/yKlFmFU00w

Ulrich was arrested Feb. 9 after allegedly shooting and killing one person at an Allina Health Clinic in Buffalo, and injuring four people during the attack. He was charged by prosecutors with second-degree murder, four counts of attempted murder, as well as other firearm and explosive related felonies, a criminal complaint read, according to Fox News.

Ulrich is also accused of contacting multiple explosive devices while carrying out the shooting. Upon arriving at the scene, officers found that “multiple areas of the clinic were damaged from apparent ammunition rounds and explosions” and an “undetonated improvised explosive device was located near the briefcase,” a criminal complaint said, according to Fox News.

“While we understand the state has a job to do in this case, we will leave the actual opinions regarding Mr. Ulrich’s mental health and ability to assist in his own defense to the professional evaluator,” Ulrich’s public defender Gregory Davis said in a statement, according to the AP.

“We also believe that those evaluators will be essential in assisting in the clarification of his past mental health issues and the lack of response to those issues,” Davis added.

While prosecutor Brian Lutes agrees with the judge’s mental health exam order for Ulrich, he believes the suspect has demonstrated his ability to help in his own defense, according to KSTP.

Ulrich’s former roommate, Raymond Zandstra, previously revealed Ulrich had a vendetta against doctors at the health clinic because of their refusal to give him more pain medication. The roommate said Ulrich would go through a month’s supply of medication in a few days. (RELATED: Suspected Health Clinic Shooter Reportedly Had Vendetta Against Doctors Who Wouldn’t Give Him Pain Medication)

Ulrich also violated a restraining order filed by a doctor at the clinic, but was found mentally incompetent to stand trial in November 2018. 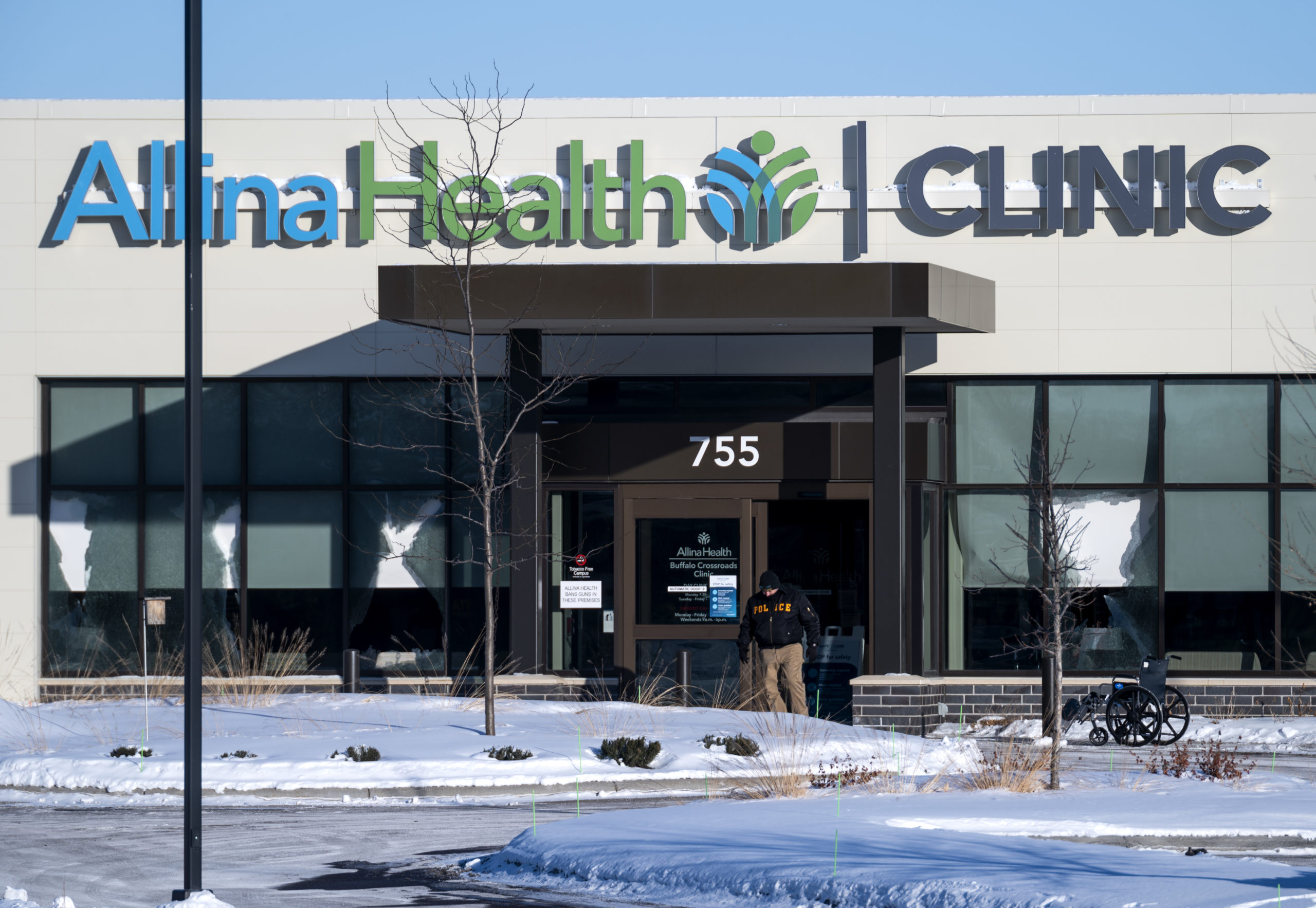 A general view of the damaged exterior windows of the Allina Health Clinic where a shooting took place on February 9, 2021 in Buffalo, Minnesota. (Photo by Stephen Maturen/Getty Images)

The exam could take 60 days, according to the AP. Ulrich is due back in court on May 20.