Four years ago, not even the most liberal, Marxist candidate would have praised leftist violence. He or she would have tried to look for the “legit” side of such action, but they would have never endorsed it. But now, we have precisely this kind of rhetoric, only thinly masked. (and not with a COVID mask either.)

Kamala Harris just made history as the first (Vice?) Presidential candidated to support violence “as an agent of change.” Fox carried this report, written by Sam Dorman [emphasis added for subsequent comment – Ed.]:

This “without a fight” is likely a “wink, wink” to show tacit support for the violence without being totally obvious. If so, it is a giveaway about what Senator Harris thinks is an appropriate way to solve problems: to wantonly destroy property and lives that do not belong to you.

She added that protests were “necessary” as “the people’s voices must be heard, and it is often the people who must speak to get their government to do what it is supposed to do, but may not do naturally unless the people speak loudly — and obviously peacefully.”

Harris also praised the “brilliance” and “impact” of “Black Lives Matter,” which has received media praise but also come under fire for promoting left-wing stances like opposing the nuclear family. “I actually believe that ‘Black Lives Matter’ has been the most significant agent for change within the criminal justice system,” she said.

The exception here is that Black Lives Matter itself is not really supportive of black people at all. And note, please that I am not capitalizing the word black because this is wrong. The word white where it refers to race is also not capitalized, and in my opinion capitalizing black is just another show of appeasement from the media. It is a shame even Fox is doing this. Either we are equal or we are not. Back to the article:

Her comments came during mass protests surrounding the deaths of Black Americans like Breonna Taylor, whose case prompted a series of demonstrations earlier this week. While the vast majority of demonstrations — which began in late May — have been peaceful, some have resulted in property destruction.

Footage quickly emerged purportedly showing buildings vandalized and burned in Louisville, Ky., after a grand jury decided to indict just one of the officers involved in Taylor’s death.

Across the country, violent confrontations during these demonstrations have led to deaths and injuries, including for demonstrators, journalists and police officers. In Louisville, Kentucky, two officers were shot, and subsequently hospitalized, during protests surrounding Taylor’s case. 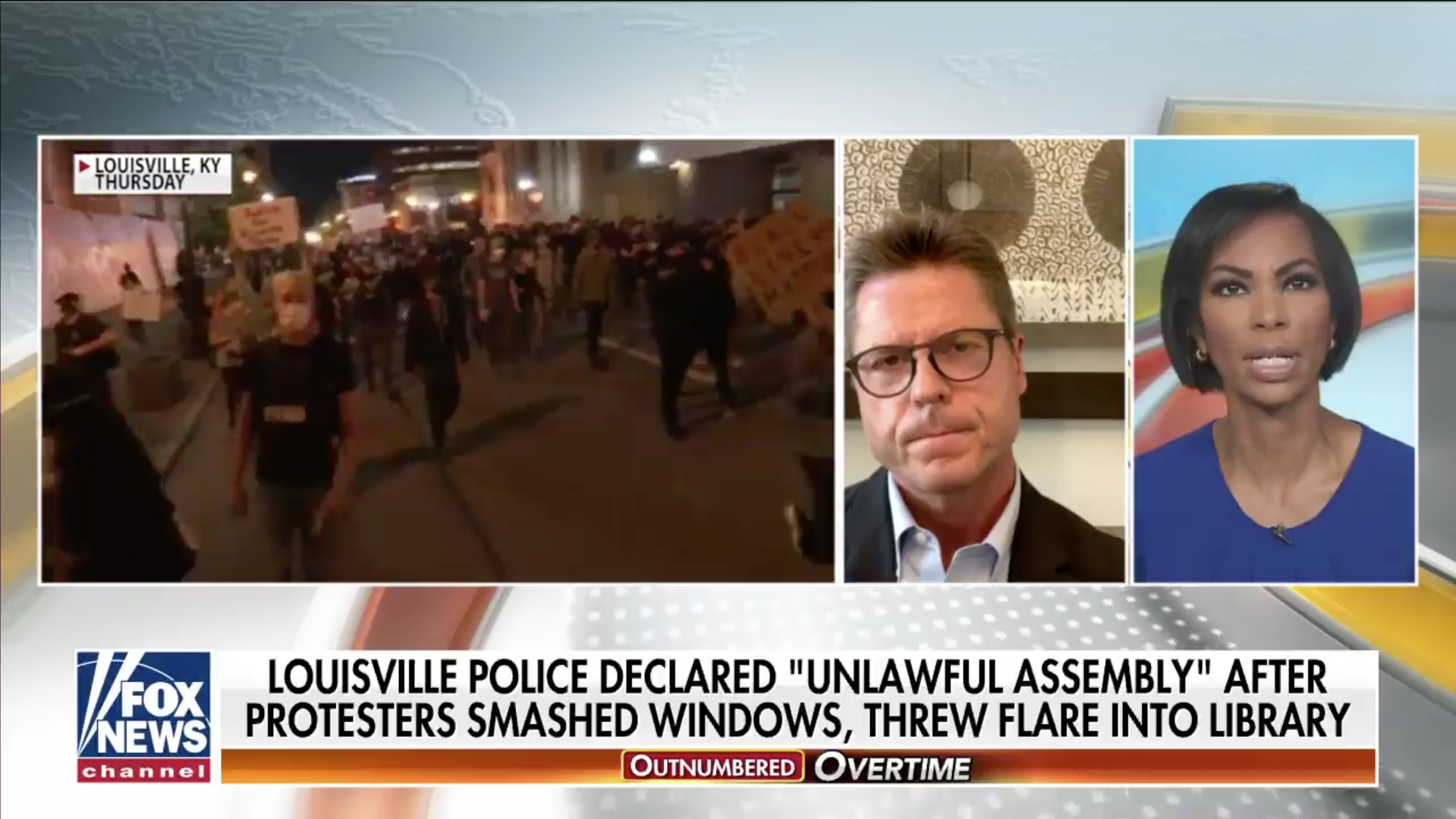 This is not the actual thinking of Senator Biden. As liberal and loopy as he has been his whole life, this man has usually been at least affable. There is a reason he succeeds in getting elected to office over and over again. But this statement is not only not his style, the premise is not true. What brutality? In almost every case that gets tried that starts out “police brutality” the verdict comes pretty quickly that there was no such thing taking place. The use of clever optics for so many of these cases is only to promote something that doesn’t exist. A big test will be the trials surrounding the officers involved in the George Floyd incident, where I am willing to bet that every single person who tried to express “sympathy” for this “horrible crime” will find out that there was no horrible crime, and that there was some reason for the cop kneeling on Mr. Floyd’s neck. If I am wrong I will be the first to print a piece saying so, but I am betting that the results of this trial will prove me right. They usually do.

At the end of last month, Sen. Harris similarly said: “We must always defend peaceful protest and peaceful protesters. We should not confuse them with those looting and committing acts of violence, including the shooter who was arrested for murder. Make no mistake, we will not let these vigilantes and extremists derail the path to justice.”

This last comment, while appearing to make a distinction between violent people and non violent people is only more political expedience in action. There has been absolutely nothing on offer from the Biden – Harris campaign about the problems facing Americans, because the main adline is that the only problem Americans actually have is the guy in the White House. That is not much to campaign on, especially when about half or more of the country completely disagrees.

The two campaigns seem to distill to very simple ideas:

One campaign is relentlessly positive and the other is brazen fear and self-recrimination. I write about a lot of bad news, but I do not for one moment believe that bad news is the only thing important in the world. Apparently the Kamala-Biden (yes, I said it!) campaign is a good example of what happens when secularism reaches its pinnacle. People destroy themselves and one another, and campaign on lies, fabricated stories and do not even argue about the common good anymore.

These people could legitimately win the campaign (by legitimately I mean “without cheating”), but that says something about how far we have drifted from what made the US – and every successful nation in the world before it – great. Thankfully that knowledge is not lost by everybody.