‘Lost The Credibility’: WHO Faces Mounting Backlash For Running Interference For China

The World Health Organization is facing a mounting backlash over its handling of China’s cover-up of the novel coronavirus.

WHO leaders, including Director-General Tedros Adhanom Ghebreyesus, have run interference for China’s propaganda war meant to absolve the communist nation of responsibility for the global spread of COVID-19.

The WHO is now under increasing pressure from experts and Republican senators.

“By consistently bending to the Chinese Communist Party, from downplaying the severity of the #coronavirus to systematically excluding Taiwan, it has lost the credibility necessary to be effective,” he continued. (RELATED: World Health Organization Spends Twice As Much On Travel As On Medical Supplies)

Republican Arizona Sen. Martha McSally said Thursday that Tedros, who won his WHO post in 2017 with China’s backing, needs to step down.

“The WHO needs to stop covering for [China]. I think Dr. Tedros needs to step down. We need to take some action to address this issue,” McSally said on Fox Business. “It’s just irresponsible, it’s unconscionable what they have done here while we have people dying across the globe.” 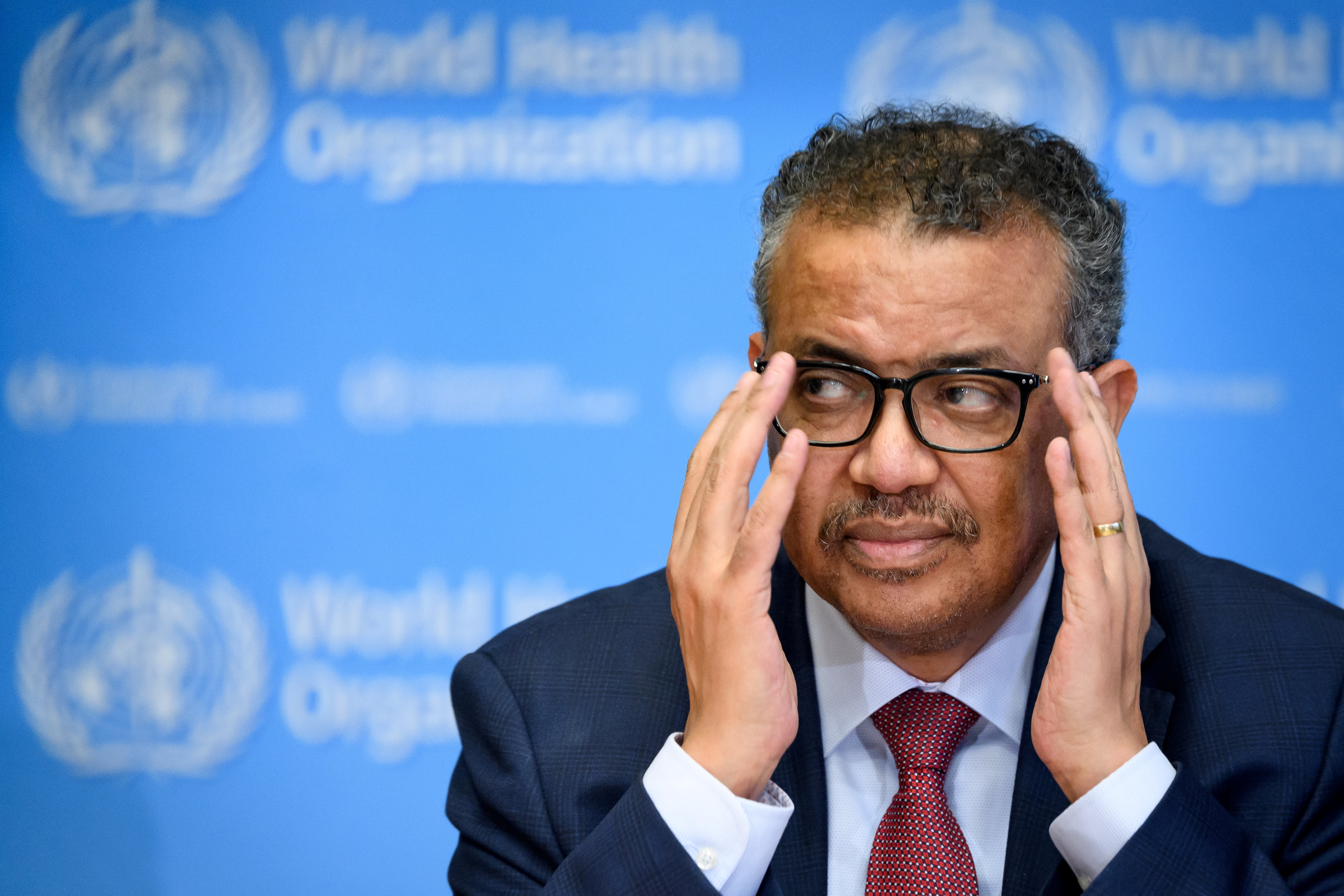 Sen. Rick Scott, a Republican from Florida, called on Congress to investigate the WHO and to hold hearings on whether the U.S. should continue funding the organization. The U.S. provides roughly 15% of the organization’s funding.

“They need to be held accountable for their role in promoting misinformation and helping Communist China cover up a global pandemic,” Scott said on Tuesday.

Republican Florida Sen. Marco Rubio similarly argued Wednesday that WHO leaders need to be “held to account” for their “subservience to Beijing” throughout the pandemic.

“The WHO should have known at the outset that it was dealing with a bad-faith actor in Beijing,” American Enterprise Institute scholars Dan Blumenthal and Nicholas Eberstadt wrote in Friday’s print edition of the New York Post.

“Yet ­instead of immediately insisting upon access, openness and transparency from China, WHO leadership followed the Chinese lead and at times even took the Chinese line,” Blumenthal and Eberstadt continued.

“When the full history of this episode is eventually written, the Chinese Communist Party will bear massive responsibility for this plague that has swept the earth,” the scholars added. “So will a World Health Organization that seemed too interested in the health of the Chinese regime at the moment of truth.”

The WHO didn’t return the Daily Caller News Foundation’s request for comment.